Start of early voting for the legislative elections in Portugal 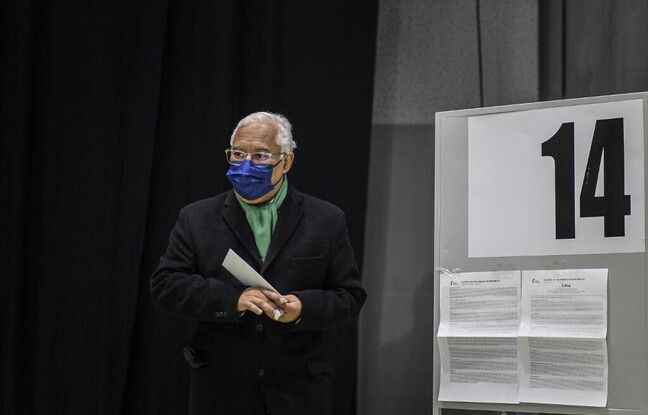 Fascinated by the shovel of records of Cristiano Ronaldo, the taste of pasteis de nata or the beauty of the streets of Lisbon, we sometimes forget that Portugal is a country like any other. In a banality typical of any democratic nation, Portuguese voters began to go to the polls this Sunday morning to participate in a day of early voting, organized due to the health crisis, a week before early legislative elections where the Socialists in the power appear as favorites.

Among the approximately 315,000 voters who have registered to vote in advance, but who can also do so next Sunday, the outgoing Prime Minister, the socialist Antonio Costa, must deposit his ballot around 9:30 a.m. in Porto.

This election, called after the rejection of the minority executive’s 2022 budget by its former allies on the radical left, is the third that Portugal has organized in the midst of the Covid-19 pandemic. Like its European neighbors, the country is currently overwhelmed by the Omicron variant and is chaining successive records for the number of daily contagions, which almost reached 60,000 on Friday and Saturday.

If poll forecasts are confirmed, Antonio Costa should win the elections but without obtaining the absolute majority he is aiming for, as was already the case in 2019.

7% of votes for the far-right party

The Socialist Party is credited with nearly 38% of voting intentions, against just over 30% for the main center-right opposition party, the Social Democratic Party (PSD) of the former mayor of Porto Rui Rio , according to a poll aggregator from Radio Renascença.

The far-right Chega party, which entered Parliament with a deputy in 2019, would collect nearly 7% of the vote, just ahead of the Left Bloc and the Communist-Green coalition, the radical left formations which allowed the Socialists to coming to power in 2015.