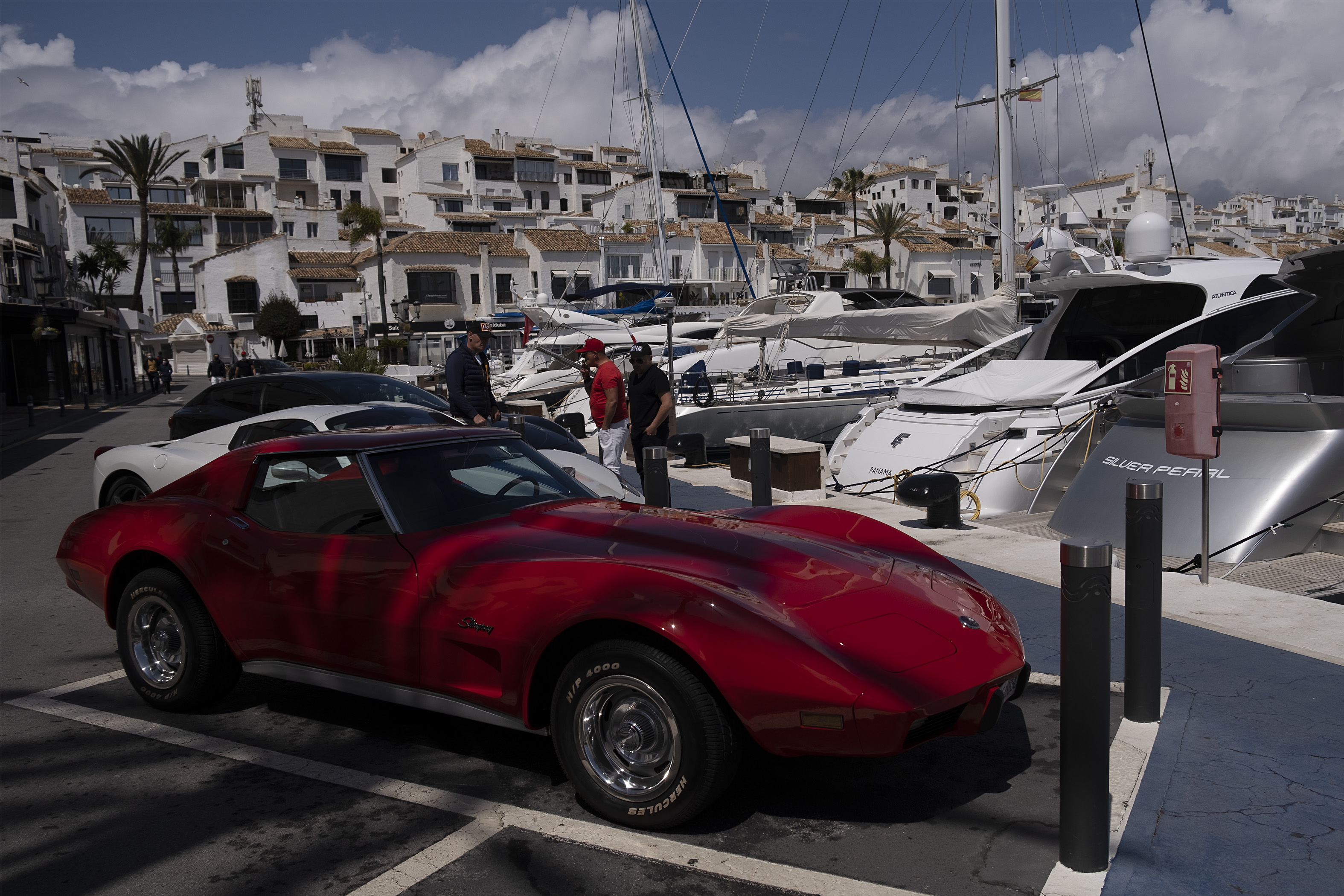 How to photograph what does not want to be photographed? That 1% that controls a large part of the 418.3 billion dollars (about 370 billion euros) of the planet’s wealth. It takes over a million in assets to get into the club. As they are? In addition to the Zuckerbergs, Bezos, Gates, Musk, Soros, Ellison or Buffet who appear in the media, inaugurating companies, flying to the stars or expiating their guilt in front of the United States Congress. “That 1% you are looking for is invisible,” warns David Murillo, professor of Society, Politics and Sustainability at Esade. “It does not appear in the public statistics. It has the ability to diversify its income and it is very difficult to track.”

We know that the ecosystem in which they live is unimaginable amounts of money. In 2020, in the midst of the pandemic, a Credit Suisse report revealed that wealth increased by $12.4 trillion in North America and about $9.2 trillion in Europe. These two geographies add by themselves a growth of 19.8% of the assets. The year of the outbreak of the health crisis, individual wealth per adult reached the historical record of 79,952 dollars (70,500 euros). “In addition, a smaller percentage, 0.01%, has the ability to live on credit,” says Murillo. Against your own assets. “And they have income in different locations.” “Their main concern is how to transfer their assets to their children; never how to distribute the money to society”, points out the director of a family office who asks for anonymity.

This is the reality. The rest are words that vanish. “This 1%, or even that 0.1%, invests in the long term thinking about the next generations,” says Roberto Scholtes, director of Strategy at UBS Spain. “His tactics are unlisted assets, venture capital and real estate,” he adds. “All rich Germans have a house in Mallorca”, according to the manager of the family office. An example is the family of Karl and Theo Albrecht, founders (now deceased) of the Aldi food chain. They are the sixth fortune of Germany, with 16,000 million euros. There are also the Kühne (8,000 million), the Knauf (6,000), the Deichmann (4,400 million) or the Schörghuber (4,300). The figures are estimated and enormous.

Spain accounts for its particular 1%. Forbes magazine reveals that the 100 richest Spaniards have increased their assets by 20,620 million euros last year. If it were distributed well it would help an egalitarian society, if it is distributed badly —as it has been until now— it increases inequity. In 2000 there were, according to Credit Suisse, 0.5% of millionaires, in 2020 it was already 3%. The first on the list is the usual, Amancio Ortega, protected by 62,000 million euros. But looking at the ranking, one senses how others look when they look at money. “Manuel Lao (1.3 billion)” —former owner of the Cirsa gaming group— “wants things that are very simple and easy to manage, like investment funds. No complications,” he says. family office. For example, through his holding Nortia Capital has created the Tretimero 21 fund to invest in private equity, acquired from the KKH fund the building at Passeig de Gràcia, 109 (Barcelona), has a mega-estate, El Molinillo, with 4,000 hectares, in Retuerta del Bullaque (Ciudad Real), operates the floating casinos on the Río de la Plata in Argentina and collects art such as Juan Abelló (honorary president of Torreal) or the Asturian family Masaveu.

The normal thing is that they dwell in their particular silence when talking about the future of their money. Martín Varsavsky —a businessman bent on transmitting an image of social commitment— answers by email with four words: “I am not going to participate”.

Meanwhile, the South American millionaires who arrive, especially in Madrid, seek political stability (“they have a huge fear of populism,” they say in the family office), brick and personal security. “In private equity”, they detail in the market, “there is a boom in fundraising among large fortunes. The fixed income does not give anything and the variable a lot of scares”. That’s why some step on solid ground. The Luksics (the main Chilean fortune) have real estate in Spain. They are interested in the rich municipality of Pozuelo (Madrid). “In addition, almost all medium-sized developers set up their foundations at the peak of the previous brick bubble. That released honorability helps to ask for permits or build. The new marketing of the 21st century disguised as corporate social responsibility!” exclaims the financier. They have also invested in renewables, “but are they really very concerned about the future of our green planet?” he asks.

Outside, the portrait of the 1% entrenches itself in that invincible defeat that is philanthropy. Citigroup evidences two discourses: that of numbers, from which it is impossible to extract poems, and that of words: pure faith. The bank estimates that philanthropy contributes $2.3 trillion to the system. 3% of the world’s wealth. Basically the same as in 2009. A long lost decade. Despite a minimal spike in the pandemic. “Our experience is that the 1% are increasingly committing to giving away their entire fortune before they die to social causes,” observes Tyler Hall of the NGO GiveDirectly. “Although in general there are still some worrying habits; It encourages us to see the macroeconomic scenario”, he deepens. Again, faith.

For the first time in history, in 2020 more than 1% of the world’s adults had more than a million dollars in assets. And the net wealth of the 400 most privileged Americans grew from 2.96 billion in 2019 to a record 3.2 billion (2.8 billion euros) in 2020, according to Forbes. “But we have a serious fiscal problem, and it is how to rethink the system in the face of large estates,” Murillo warns. The most left wing of the Democratic Party demands a direct tax on his fortune. Not 15% as the OECD has agreed for the big technology companies. Again, the beatitudes remain. “Quite a few studies, for example, the Bank of America 2021 study, focused on households with incomes of over a million dollars (approximately 3%, we do not have data for 1%), describe that almost 90% of rich households Americans donated an average of $43,000 (37,900 euros) to charity in 2020. An increase of 48% compared to 2017, “says Laura MacDonald, president of the NGO Giving USA Foundation.

The generosity of Bezos’ ex-wife

Writer, mother of four children, wife of Jeff Bezos. A few years ago, few knew MacKenzie Scott. But she married Bezos and divorced him. He helped him build Amazon and he owned a quarter of the company. About 57,000 million dollars. And he thought: “How can I donate millions?” In an unusual way. Directly. In accordance with the work Giving USA 2021 chose 116 organizations that work on nine causes, including racism, LGTBTQ +, climate change, public health… And gave away 5,700 million. Today the figure is higher (8,600). Without any request. Above all, to small organizations that are far from the big foundations. “Donations” —MacKenzie Scott maintained on several occasions— “are given in complete confidence and without any conditions”. By 2025, 60% of billionaires will be women. The last hope.