Dozens killed in fierce fighting around Syrian IS prison 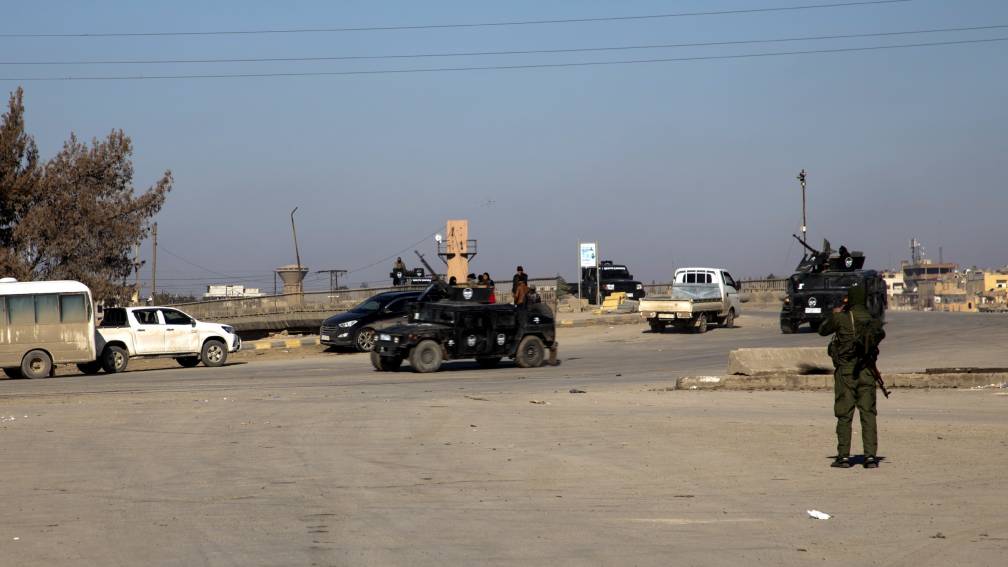 In northeastern Syria, Islamic State members and Kurdish guards are engaged in a fierce battle over a prison where IS fighters are being held. At least 136 people were killed in four days, the Syrian Observatory for Human Rights reported Today.

The dead included 84 IS fighters and 45 guards and members of counter-terrorism units, according to the Observatory. Seven civilians are also said to have died.

According to the organization, hundreds of IS prisoners have escaped, some of whom have since been detained.

On Thursday, more than 100 heavily armed IS militants attacked the Hasakah prison, where thousands of IS fighters are being held. The prison is guarded by soldiers from the Syrian Democratic Forces (SDF), a coalition of Arab militias and Kurdish fighters. The SDF said on Thursday that the IS attack had been averted and that IS fighters who had escaped had been arrested again.

However, IS claims that more than 800 jihadists have escaped from prison in recent days. IS also allegedly captured dozens of guards.

The terrorist group is often trying to free fellow fighters from SDF prisons in northeast Syria. However, Thursday’s raid and the ensuing fighting constitute the terror movement’s biggest attack in Syria since the fall of the IS caliphate in 2019.

According to a spokesman for the SDF, many IS fighters holed up in a nearby residential area. There was fierce fighting. A resident tells AP news agency that helicopters are continuously in the air and that many citizens have fled the neighborhood.

Kurdish fighters try to regain control of the prison with American help. The Pentagon confirmed Friday that a US-led coalition had launched airstrikes to support SDF guards. According to a spokesperson, the IS threat had not yet disappeared. “We remain focused on that,” he said on Friday.

Of the prisons for IS fighters in Syria, Hasakah is one of the largest. It is estimated that some 5,000 IS sympathizers are incarcerated, including some former commanders. The prisons in Syria guarded by the SDF also house fifteen Dutch Syrians.