Diocese of Troyes, “if they don’t come to church, we go to them” 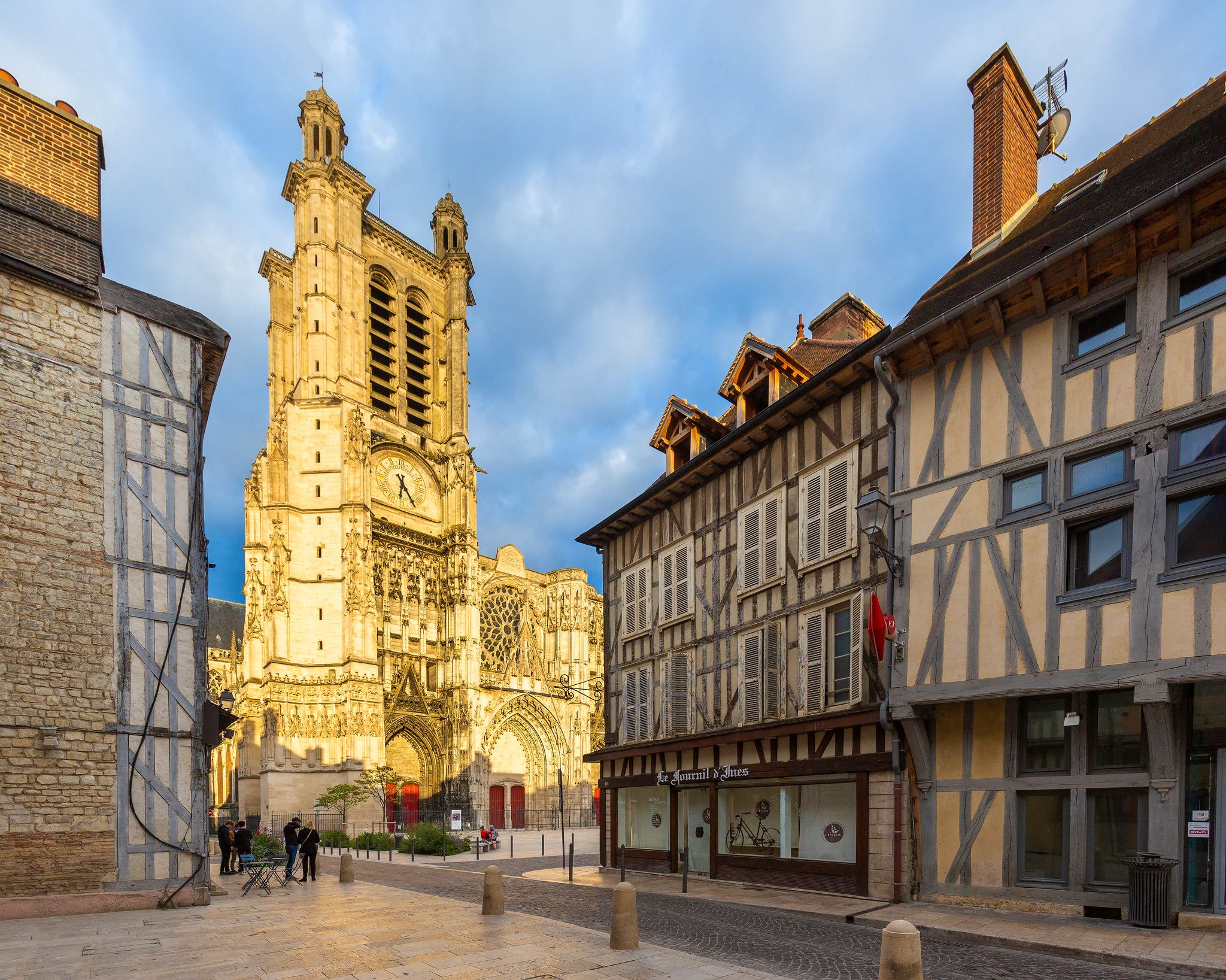 “If they don’t come to church, we go to them, and they open their doors to us, they are surprised that we come to them. » Corinne Maillard, animator in pastoral, is sent by the diocese in the popular districts of the Troyes agglomeration, 140 000 inhabitants, that is to say half of the population of the department of Aube.

The textile industry is no longer what it used to be, even if the big French brands are relocating. Around the prefectural city, it is a whole rural and diverse world which constitutes the diocese corresponding to the borders of the department. A dynamic Church in the center, more discreet in the countryside. From the vineyards of the south-east to the north-west practically attached to the Île-de-France, the Aube is crossed by the eponymous watercourse and by the Seine. The lakes of the Orient, created in the 1950s to mitigate the Parisian floods, constitute the green lung and tourist of the department.

Strengthened by this diversity, the diocese – as everywhere else – has redefined parishes bringing together several steeples, but also creating five “pastoral spaces”, to better meet needs and create solidarity. “Priests, often alone in their mission, can meet, pool pastoral issues,” explains Father Richard Lukaszewski. Pastor of Romilly-sur-Seine, he is the last priest ordained in the diocese, in 2013. Next year, the last seminarian of the diocese will in turn be ordained. The statistics are clear: 58 priests, including fifteen religious and eleven from elsewhere.

Nevertheless small in size, the diocese is open to the universal, in particular through sister dioceses, whether Djibouti, Bolivia, the neighboring diocese of Langres or that of Medellin in Colombia. “Exchanges have existed for twenty years,” explains Father Juan David, who comes from there. A few Colombian seminarians come to form and then leave, and some come back as priests for three years. “We exchange our wealth, confirms the man who is now responsible for two parish centers. It helps me to see the Church beyond our Colombian borders. »

If there are also twenty-two deacons, it is also religious life that is very present in Aube, with small contemplative communities, while apostolic life is mainly marked by the Oblates of Saint-François-de -Sales, founded in 1866 in Troyes, which today number 300 in the world, including 45 sisters in Aube. “Our mission is to form young people of character and heart, as our founder Father Brisson said,” explains Sister Maria-Rita, the Superior.

Willingly “contemplative in action” according to the spirituality of François de Sales, the sisters have several schools and also want to remain present in parish life and with priests. “We pray for a Church that is happy to be the Church,” says Sister Maria-Rita.

The place of the laity

Inheriting the simplicity of Father Marc Stenger, bishop of Troyes for twenty years, Catholics in Aube are attached to a close, open and participative Church: “The different actors are present at the diocesan pastoral council, explains Father Jérôme Berthier, diocesan administrator until the arrival of the new bishop. Each service is represented in pairs by the referent priest and a lay person. »

A complementarity which is based in particular on training: “We have created missionary training groups, confirms the person in charge, Madeleine Gaillard, with proposals as close as possible to concerns. The next session will have the theme “Bible and Pandemic”.

Sunday, due to health constraints, the Saint-Pierre-et-Saint-Paul cathedral will quickly be full, a sign of impatient Christians. This is confirmed by Bishop Joly, who arrived a few days ago: “I feel a real thirst for Christian life. »

The challenge: speaking to the faithful

The future belongs to them: for two years, the Aubois have been asked to think about the Church of tomorrow. If there are decisions to be made, it will first be by listening to the inhabitants. For several months, Sister Sabine Voirin, was mandated to collect aspirations, first of all in a rural space, before working on the Troyes conurbation. How do they see the Church? After 70 individual meetings with both Christians and civil society actors and a few meetings, the synthesis suggests a future supported by all: “We are already in the Church of tomorrow”, says Sister Sabine.

The initiative: the Easter march

Walking towards the light of Easter: for twenty years, the Aubois have been invited to a nocturnal walk. On the night of Good Friday to Saturday, or from Easter Sunday to Monday, there are several hundred of them walking until dawn. A celebration closes the path at 6 a.m., after this route drawn each time in a different place in the diocese.

The preparation of the event is a source of dialogue with the villages concerned and the walk, and of meetings: the 500 or so pilgrims are invited to a snack in some of the villages crossed. Appointment is made for Easter 2022.