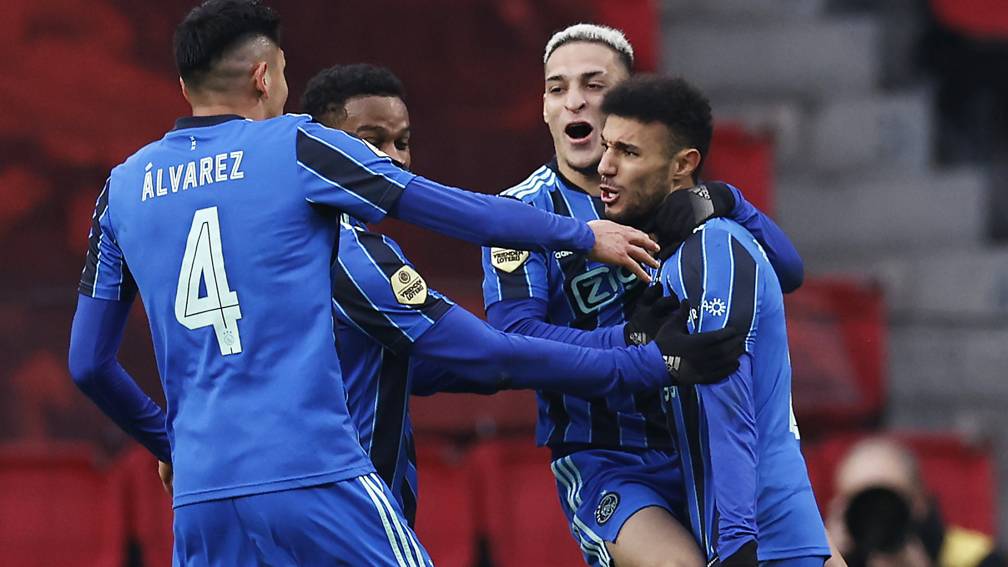 Ajax has regained the lead in the Eredivisie. The team from Amsterdam made the difference in strength clear in the top match against PSV, although the victory of the reigning national champion was somewhat fortunate due to a controversial VAR decision: 1-2.

In advance, both in Eindhoven and in Amsterdam, there was a lot of talk about the possible arrival of Mohamed Ihattaren to Ajax. The fallen football talent must have seen on Sunday in front of television that he will have a surplus of quality and routine around him with a possible transfer to Amsterdam.

The difference in quality was also noticeable in the top match in the Philips Stadium, despite the fact that PSV had started the top match as the list leader.

Ajax pushed the team of trainer Roger Schmidt, who still has not made a decision whether to stay with PSV after this season, and was patient in creating opportunities.

Yet the first serious chance came from PSV winter purchase Joey Veerman. The diligently playing midfielder, who has apparently adapted effortlessly to the Eindhoven team, did not embarrass goalkeeper Remco Pasveer with a long shot.

Halfway through the first half, Ajax struck. The first major danger came from Steven Berghuis, whose gossamer free kick was not touched by anyone and the nailed goalkeeper Joël Drommel then saw the ball hit the crossbar through the ground.

Shortly afterwards, it was a hit for Ajax when Brian Brobbey, another successful winter transfer, took care of 0-1 after a cross from booster Dusan Tadic. Brobbey had to be replaced immediately afterwards due to a foot injury.

PSV seemed upset for a while, but it didn’t matter if the Eindhoven team had gone into halftime with a 1-1 score. Olivier Boscagli missed a huge opportunity at a corner by shooting the ball straight at Pasveer.