Vaccination pass: the Constitutional Council validates most of the bill but rejects the controls at the entrance to political meetings 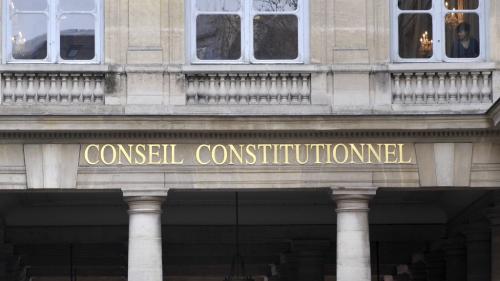 The decision was expected. The Constitutional Council validated, on Friday January 21, most of the provisions of the controversial bill establishing the vaccination pass, including possible identity checks by cafeterias or restaurateurs, in the name of the objective of “protection of health ” in the face of the Covid-19 epidemic. The institution considers that this is not an administrative police check. “The refusal of the person to produce” an official document containing his photo “can have no other consequence than the impossibility for him to access this place”, she supports.

The Constitutional Council, however, issues “a reservation of interpretation”: the verification can only be based “on criteria excluding any discrimination of any kind whatsoever between people”.

The Elders, who had been seized by the opposition, however censored the possibility for the organizers of political meetings to request a health pass from participants. The organizers will however be able to take “all useful health precautionary measures, such as limiting the number of participants, distributing masks or ventilating the rooms”, according to a press release.

To justify this partial censorship, the Constitutional Council noted that the parliamentarians did not condition the pass in the meetings to the “health situation”. The measure was introduced via an LR amendment in committee in the Assembly on December 29, with the support of the majority.

About sixty deputies from all sides, led by the group La France insoumise, as well as socialist senators, had seized the Constitutional Council by denouncing a device undermining fundamental freedoms.

The Elders of rue Montpensier note that the provisions on the vaccination pass “cannot be regarded, given the nature of the places and the activities carried out there, as establishing an obligation to vaccinate”. The measures concerning the pass “must be strictly proportionate to the health risks incurred” and “it is terminated without delay when they are no longer necessary”, they also note, the bill providing for a possible application until 31 July.

The vaccination pass will therefore come into force on Monday, confirms Matignon, joined by franceinfo on Friday afternoon. The executive takes note with “satisfaction” of the decision of the Constitutional Council.