Two lawyers suspected of using forgeries soon to be judged? 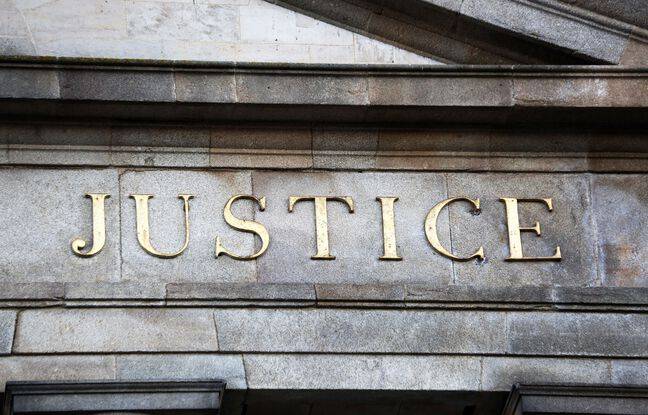 Towards a rare trial for tenors of the bar? The Paris public prosecutor’s office has requested the referral to court of two lawyers suspected of having produced forgeries before an assize court at the end of 2018 to exonerate, in vain, a large European drug trafficker. The case began with the trial at the Assizes in December 2018 in Paris of Robert Dawes, accused of having imported 1.3 tons of cocaine in 2013 on board an Air France flight connecting Caracas to Paris, a seizure of a amount then estimated at 50 million euros. He will be sentenced to twenty-two years’ imprisonment.

At the opening of the proceedings, his lawyers had produced several documents allegedly unpublished and resulting from a Spanish legal procedure, according to which a capital telephone tapping of the indictment file was illegal. “Why isn’t it on file?” “, had thundered at the hearing Me Joseph Cohen-Sabban, lawyer for the accused. With his colleagues Xavier Nogueras and Hugues Vigier, the lawyer had pounded the procedure and demanded the dismissal of the trial as well as additional information in order to record the authenticity of the documents.

But the gold presented at the hearing to exculpate their client quickly turned into lead: in a few days, the court dismissed these documents and qualified them as “false”. Judicial information will be opened in March 2019 on this part of the case. For the prosecution, it was Robert Dawes who, from his cell, “determined the strategy (…) aimed at producing falsified procedural documents” with the help of his trusted man, a certain Evan H., for who she also demanded a trial.

They face five years in prison

Today, the Paris prosecutor’s office attributes to the two lawyers, who face five years in prison, a role “beyond casualness or blindness: a desire not to see” the attempted fraud. He suspects in particular Me Nogueras of having transmitted in 2017 to Evan H. documents of the Spanish procedure then falsified and returned to the lawyer so that he used them with Me Cohen-Sabban at the assizes to try to clear Robert Dawes.

During the trial, when doubts arose about the authenticity of these documents, the lawyers “repeatedly provided the court with inaccurate or incomplete information intended to mislead it in order to preserve the credibility of the documents of which they were not unaware that they were subject to suspicion, ”accused the prosecution. The public prosecutor thus requested, on December 8, that Mes Joseph Cohen-Sabban and Xavier Nogueras be tried for “complicity in an attempted fraud in judgment”.

“When I saw there was a problem, I threw away what I was asked to produce”

After nearly three years of investigation, the investigating judge Aude Buresi must now decide whether or not to order a trial for the two counsel, whom the prosecution accuses of having had “the awareness of participating in a fraudulent enterprise intended to exonerate their client, Robert Dawes. The prosecution also requested a trial for this 49-year-old British drug trafficker, in particular for “attempted fraud in judgment”.

“We do not share the analysis of the prosecution. Under no circumstances did Me Nogueras participate in the facts of complicity in the attempted fraud in the judgment and he did not violate any ethical rule ”, according to his advisers Matthieu Chirez and Hervé Temime. “After forty-four years of professional practice without a shadow, I was not going to jeopardize my personal and legal security in the midst of a case of this magnitude. When I saw that there was a problem, I threw away what I was asked to produce,” defended Me Cohen-Sabban.

From magistrates to narcotics police, the building is shaking

This case has tarnished the already tumultuous relationship between lawyers and magistrates. Vincent Nioré, the former deputy barrister for searches, has since become vice-barrister, and was accused by former Paris attorney general Catherine Champrenault of insulting magistrates, including investigating judge Aude Buresi, during a stormy search. Defended en bloc by his colleagues, Me Nioré was finally dismissed by the Council of the Order.

Definitively condemned after the rejection of his appeal in cassation last May, Robert Dawes has since tried to blow up the procedure at the origin of the proceedings: he obtained the appointment in July of a judge from Nanterre to investigate suspicions of false reports during the seizure of cocaine in September 2013 at Roissy Charles-de-Gaulle airport. In his viewfinder, the former boss of “narcotics” François Thierry, whose controversial investigative techniques, in particular his management of “indicators”, have earned him several indictments.