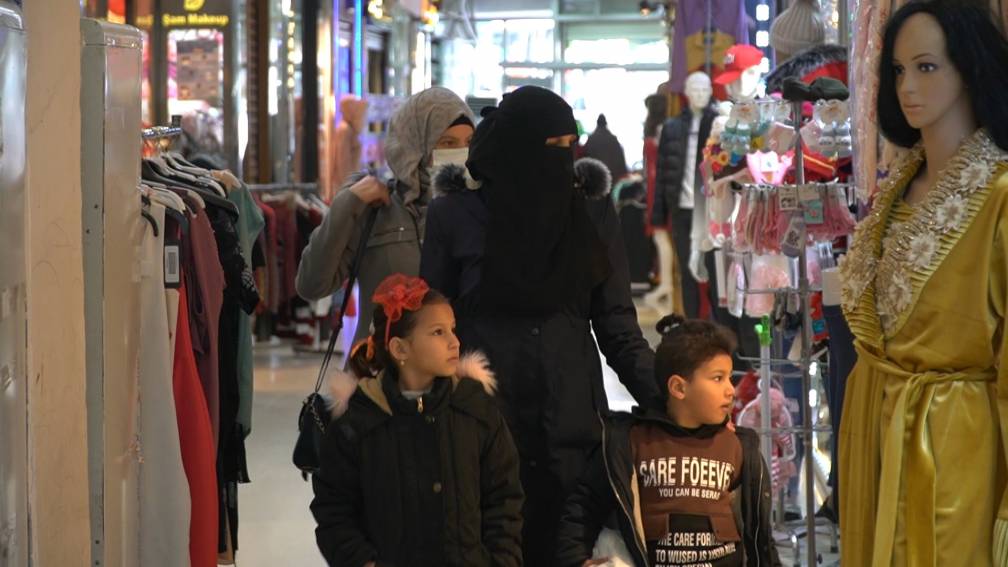 “If you ask Turks what they think is the biggest problem in the country, they say the economy first, and immediately afterwards: refugees,” says sociologist Didem Danis.

It is no surprise, she says, that the unrest is growing. “You also saw this with the financial crisis in Greece in 2008. Refugees are quickly the scapegoat when people have to vent their frustration about their economic situation.”

When President Erdogan opened the door for Syrians fleeing the war in their own country, support was initially strong. The idea that Turkey should house its Syrian ‘brothers and sisters’ was widely supported.

In addition, many refugees moved on to European countries in the early years. That came to an end in 2016 when the European Union made an agreement with Erdogan. He would keep Syrians in Turkey in exchange for financial aid for the reception.

“Many Turks saw it as a moral obligation. But it would be temporary. After the EU-Turkey deal, the awareness grew that the Syrians are staying,” Danis said. She emphasizes that almost four million refugees are putting a lot of pressure on the country. “The European Union has in effect shifted responsibility. And it is Turkish society that has to bear the burden. We are now starting to see the consequences.”

Three quarters of the population now wants the Syrians to return to their country as soon as possible. “It is one of the few topics that supporters and opponents of Erdogan agree on.”

Syrians fear deportation in addition to violence. President Erdogan eventually wants to return two million Syrians to the so-called ‘safe zone’ in northern Syria. And in recent years, thousands of unregistered Syrians have been reportedly deported, something the government vehemently denies.

Recently, 15 Syrians, including a prominent Syrian journalist, were arrested over social media satirical videos of them eating bananas to make a statement against racism. They threatened to be expelled from the country. The action was in response to a much-shared video in which a Turkish man says he sees Syrians buying kilos of bananas while he can no longer afford them himself.

Opposition parties in particular are now grasping the discontent about Syrian refugees with both hands. “As soon as we come to power, we will send the Syrians back to Syria,” Kemal Kilicdaroglu, the leader of the secular CHP party, said several times in recent months. Meral Aksener, leader of the right-wing IYI ​​(Good Party) party, also promises her voters to solve the ‘problem’ with the Syrians.

The refugee issue will play a crucial role in the upcoming elections, scheduled for 2023. The opposition sees opportunities to defeat Erdogan for the first time in a long time, as many Turks blame him for the country’s financial problems.

In the Syrian community, especially in the neighborhoods where there has been violence, there is fear and insecurity. The Syrians have nowhere to go. European borders are closed, and most do not want to return to the still unsafe Syria.