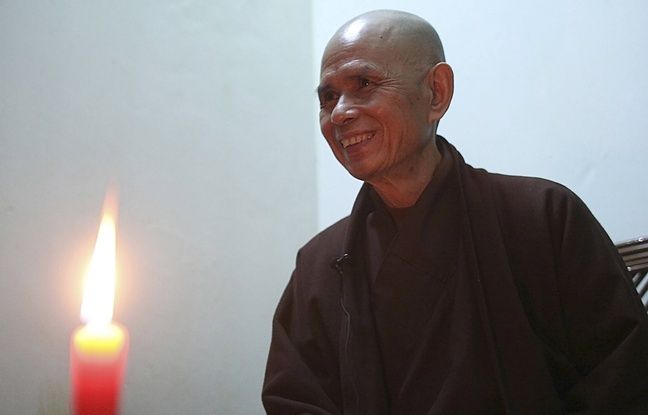 One of the most influential Buddhist monks in the world, Thich Nhat Hanh, one of the most committed figures of Buddhism with the Dalai Lama, died Saturday in Vietnam at the age of 95, announced his organization.

The master “died peacefully” at Tu Hieu temple in the city of Hue, the heart of Vietnamese Buddhism, said his organization on the Twitter account of the man who had popularized the concept of “mindfulness” to Hollywood, through many books and meditation retreats.

“We invite our beloved global spiritual family to take a few moments to be at peace,” says the organization of the man who had resettled in his native Vietnam in 2018, after nearly 40 years in exile in France.

He had used his years of exile to popularize the concept of “mindfulness” in the West, particularly with celebrities such as television star Oprah Winfrey and actress Gwyneth Paltrow. He was also influential with many bosses of the industries of Silicon Valley, in the forefront of which the giant Google, where he had been invited to deliver his teaching.

He had been exiled in the 1960s for calling for an end to the Vietnam War. A position which earned him to be proposed by Martin Luther King for the Nobel Peace Prize in 1967. He was then authorized by the Vietnamese authorities to return, but remained under close police surveillance in the communist country.

Since his return to Vietnam, devotees have flocked to accompany the monk on his walks through the lush gardens of his temple. His messages have not always gone down well as authorities in predominantly Buddhist one-party Vietnam distrust organized religion: in 2009, its followers were driven from their temple in southern Lam Dong province by engaged crowds. Since a stroke in 2014, Thich Nhat Hanh could not speak or walk.