Guadeloupe: urban violence planned by gangs, according to justice 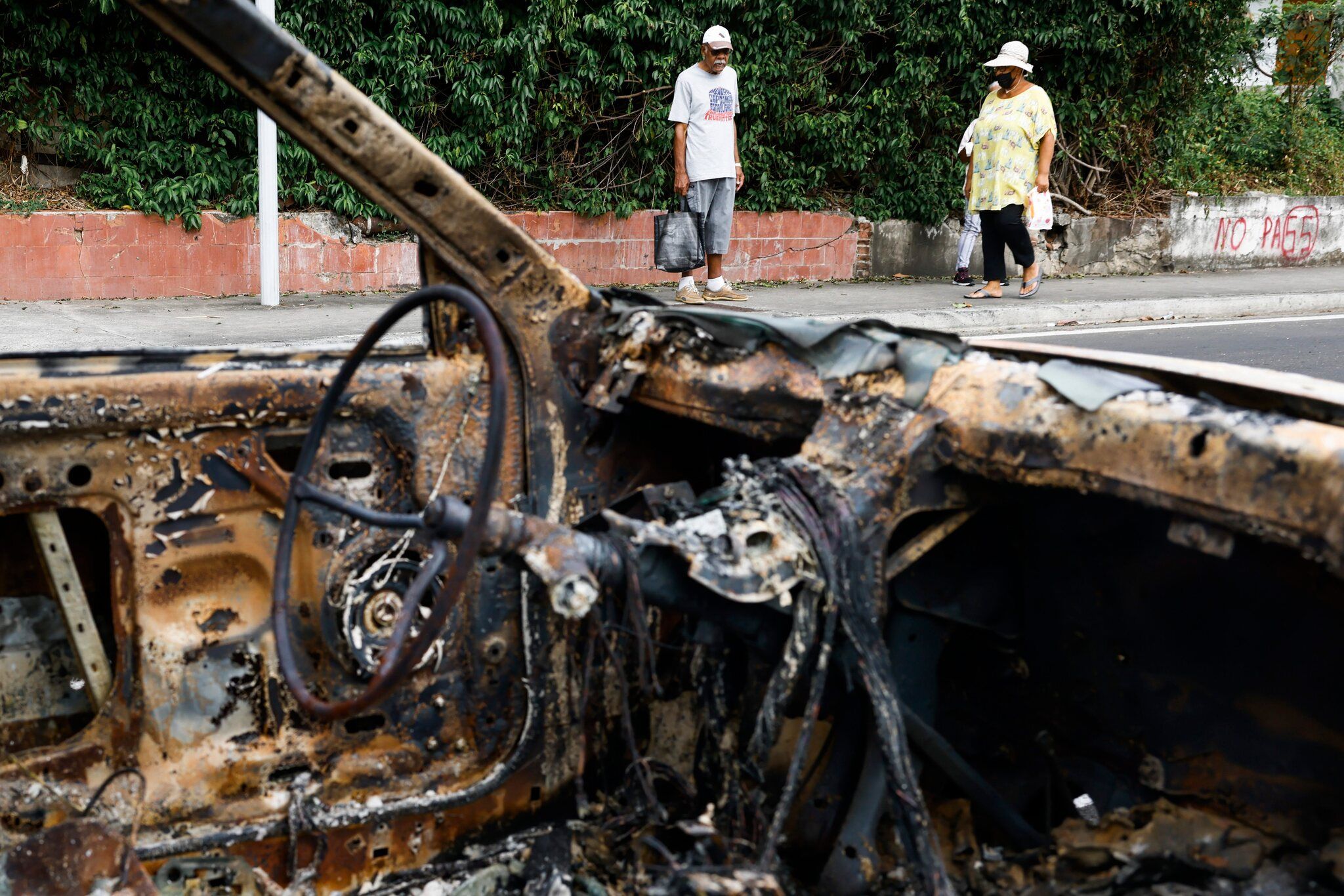 While the curfew in force in Guadeloupe for health reasons has been lowered to 6 p.m. (instead of 8 p.m.) in the municipalities of Pointe-à-Pitre and Abymes until this Sunday, January 23, the prosecutor of the Republic Patrick Desjardins on January 21 accused gangs of being behind the urban violence that has been agitating the department for nearly three months.

“No scene of violence” including the most recent “was spontaneous”, insisted Patrick Desjardins, during a press conference. “In the surveillance that was put in place”, following the first riots in November, “we understood that it was a question of a sharing of roles between young people”, in particular the gangs of Baie-Mahault, Pointe- in-Pitre and Grand-Camp (in Abymes, editor’s note).

An act of “treason”

A judicial investigation was opened, entrusted to two investigating judges, and eight people, arrested on Monday, January 17, were indicted after 96 hours in police custody, in particular with the head of “association of criminals in view to commit crimes and misdemeanors in an organized gang”. Four were even remanded in custody.

Guadeloupe: firmness of the State after the irruption of anti-sanitary pass demonstrators within the regional council

The start of the investigation dates back to November. After a night of riots with shootings against the police and the burning of the Penitentiary Integration and Probation Service, “the investigations intensified”, held “in the greatest secrecy” according to the prosecutor. The “complicity, even the active involvement of a police officer” would then have appeared. The latter was placed under warrant of deposit. The public prosecutor did not hesitate to mention an act of “treason”.

The prefecture as a target

This official would also have been, according to the prosecution, at the origin of the violence planned for December 30, when a demonstration by the collective of organizations opposed to the vaccination obligation was to reach the airport. An operating procedure would have been prepared between demonstrators and gang members who “were to occupy the tracks with stolen vehicles” and set fire to them. The sub-prefecture of Pointe-à-Pitre was even one of the next targets, according to the investigation.

Patrick Desjardins affirms it: a “clear desire for enrichment” motivated these people, even if “the ideological battle” and the obligation to vaccinate remain in the background, as does the question of Guadeloupean youth.

The aim would have been to obtain “substantial sums” from large groups in exchange for the promise not to launch the rioters against them. This would explain the absence of attacks on the major shopping centers on the island.

According to the prosecutor, the aim was also to “benefit from subsidies through associations usefully created in favor of future negotiations, with the State, but also in favor of sometimes troubled relations with certain local elected officials”…

Guadeloupe remains under tension. Several clashes broke out on Thursday, January 20, and a gendarme was shot and wounded. His vital prognosis is not engaged. About forty people tried to enter the administrative building of the Basse-Terre hospital center. In the town of Abymes, on the sidelines of looting, the police were attacked by various projectiles according to police sources. The mayor of Pointe-à-Pitre, Harry Durimel, lamented on Friday January 21 that “again this morning, the city is waking up with a hangover”.