FC Barcelona is nobody without the ball 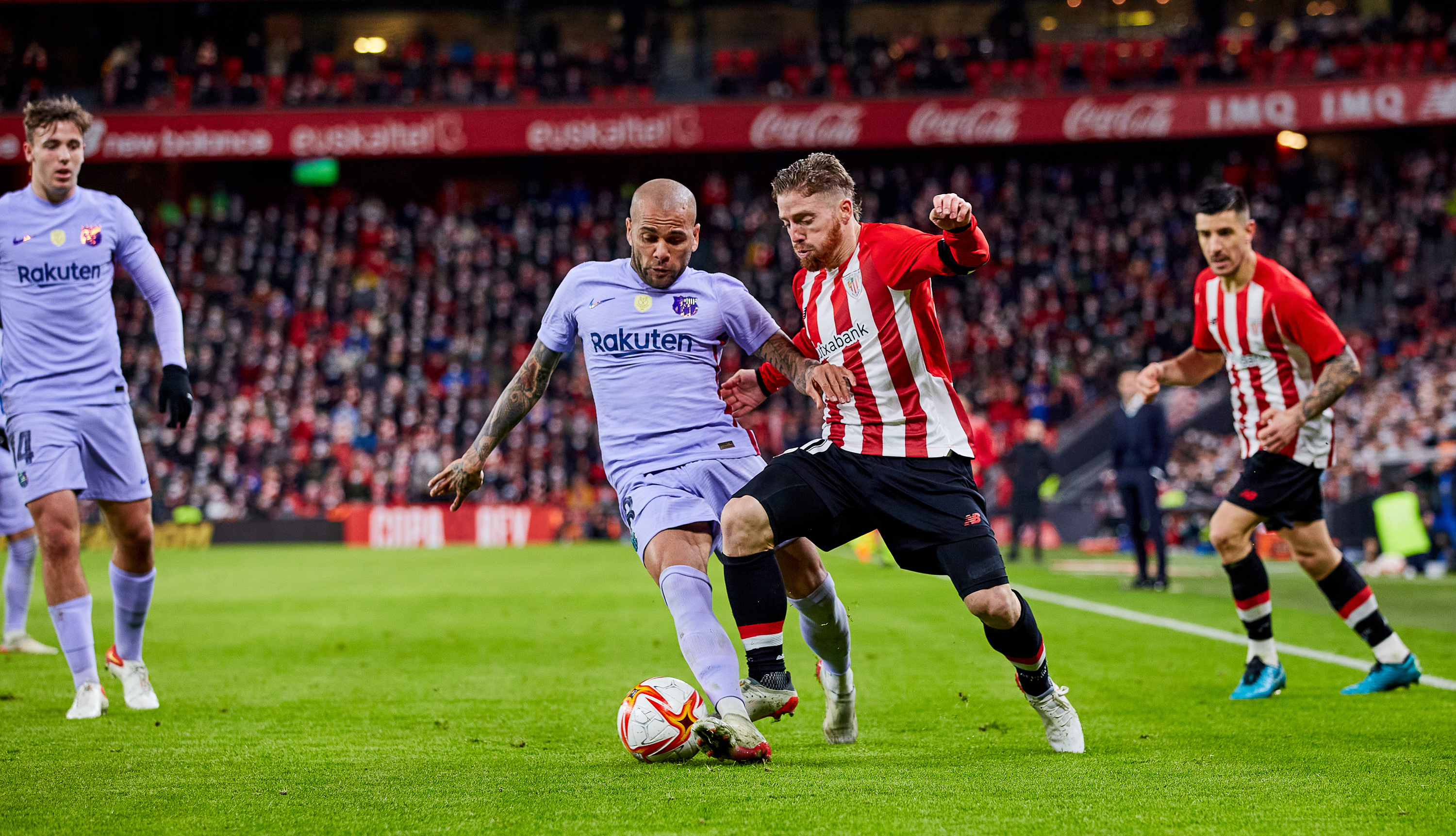 The life of Barça has been explained from its relationship with the ball since the times of Johan Cruyff. The different teams have been judged by the speed they gave the ball, admirable when it was fast and abhorrent if it was slow, always recognizable anyway in the League and in Europe. There have been many jokes that he has endured in times of defeat on the game of possession until he has ended up fighting with the ball after dispensing with whoever absorbed it before the collective resignation, such as Messi. Barça forgot about the ball and football in San Mamés.

No stadium has calibrated the Barça game better and more regularly than La Catedral. You had to be very sharp and fast to overcome the intensity of Athletic. On Thursday, on the other hand, it was an unrecognizable team because they wanted to be more Athletic than Barça, because of their courage and ability to survive, and they didn’t know how and couldn’t, defeated by the roar of San Mamés. Barcelona was only sustained by the spirit and the desire to be again, personalized in its coach, Xavi Hernández, and its president, Joan Laporta, convinced that with his return the essence of the Dream Team would be recovered. The team, however, has forgotten to play football in venues such as Athletic.

It is enough with two images to visualize the lack of definition and his war with the ball in San Mamés. There is a moment when Pedri, superbly still, asks for calm while Alba keeps grumbling and cursing at his teammates after being dribbled by Nico Williams. Alba himself will fall on his ass after a free kick that Alves also wanted to shoot. Alba played poorly and lost the ball 33 times, ten more than Alves. And Pedri burst after forcing extra time with a goal that crowned his performance in a stadium that enlarges the best footballers as the Canarian already confirmed last year on Three Kings’ Day.

Pedri is the leader who emerges without being born and Alba is the benchmark who declines without ending up giving up in the lack of definition of Barça. The azulgrana live a personalized ordeal in Ansu Fati. The striker does not heal, he stops and starts, injured since November 2020. Sometimes it seems that he bears his sorrow and that of Messi since he put on the shirt with number 10. Barcelona fans have gone from the Argentine crying to tears of Ansu. A sadness does not end, happiness sim —sadness has no end, happiness does— assures the poem by Vinicius de Moraes. Ansu does not stabilize and Barça falters.

The team does not stop going around a roundabout, distrustful and with no other plan than the idea that Xavi has, a declaration of intent that has not yet materialized on the field, as has been noted in some games that left Barça naked, without the ball, few are as obvious as that of San Mamés. It’s not the numbers but the sensations, in addition to the treatment, that put distance between Xavi and Koeman. Both have the same wins (5) after 13 games with the difference that Xavi has one more draw (4) and one less loss (4).

The turning point has not occurred despite the changes in coach since Valverde’s dismissal. Nor has there been a manager capable of marking the line of play, and not only of signing or transferring players, since Zubizarreta’s dismissal. Laporta has trusted Mateu Alemany as director of football to break his head with the wage bill while Jordi Cruyff approaches Xavi after mediating for Koeman. The plan, in any case, is in Xavi’s head. And the coach has not yet been able to give shape or meaning to the team, he is learning at a forced pace, just like Gavi or Nico, the youngsters who have not quite caught up with veterans such as Busquets, Piqué or Alba.

Xavi, who was always distinguished by his patience, is moved by the rush and the need to win, as if he had changed the violin for the drum, to stop the fall of Barça. The position of the interiors has risen, he bets on full-backs and opens the field with wingers, a plan that often leaves a midfielder like Busquets unprotected due to the distancing of Gavi, Nico or Frenkie de Jong. The positional game has worsened and the team finds it difficult to command and control the games, more focused on recovery than on preparation, little associative and very long, as was seen in San Mamés. He doesn’t seem prepared to have the ball and he wins when he doesn’t have it because he doesn’t know how to defend Ter Stegen’s area.

Alba and Alves not only had a bad day, but they were more exposed than ever against Athletic. There was also no news of Gavi and Busquets. Abde and Jutglà were replaced and the team was summed up in Pedri. The canary seems to be the player on which Barça should turn. It is not a trivial choice as Xavi knows, whose football career was on the verge of breaking down due to the comparison with Guardiola. The game can also start from the position of a midfielder if you bet on passing the ball, an extreme that does not occur today at Barça.

The Barcelona do not find the timing because it scares them to think that they aspire to qualify for the Champions League when they wanted to conquer the world with Messi. Anxiety can overcome them, they fear defeat, turnovers are constant, injuries follow one another and conflicts do not stop – the example is Dembélé. One day you advance and the next you go back and start again, now precisely without Ansu and Dembélé. Xavi has no choice but to decide how to improve the collective organization, change the leadership and give continuity to the game with more rigor than grandiloquence, a proposal that goes through recovering the ball, the identity sign of today’s disoriented Barça.