The letter arrived by post on Wednesday January 12. A registered letter announcing to Roya Ahmadi, 17, his older brother Djawid, and his sister-in-law Farida, that France officially recognizes them as refugees. “My brother told me on the phone, we did not expect to receive the answer so quickly but we are very happy”, says Roya, whom La Croix has been following since his evacuation from Kabul and his arrival in France on August 25, 2021. .

A hell of a step for this family housed in the reception center for asylum seekers (Cada) in Montmarault in the Allier, but not really a surprise. If, overall, nearly six out of ten asylum seekers are rejected, all of the Afghans evacuated from Kabul whose asylum application in France has been processed have had a positive response, in record time.

” I am looking forward “

The Ahmadi family had their interview at the French Office for the Protection of Refugees and Stateless Persons (Ofpra) on December 29. “It went well, says Roya. They asked me questions about me and my family. But we had already sent them all the information about our activities. Djawid was a cultural journalist. Roya intervened on a radio, dubbed films, sang on YouTube. Ofpra had no doubt that this Hazara family, a Shiite minority persecuted by the Taliban, had everything to fear from the new regime. 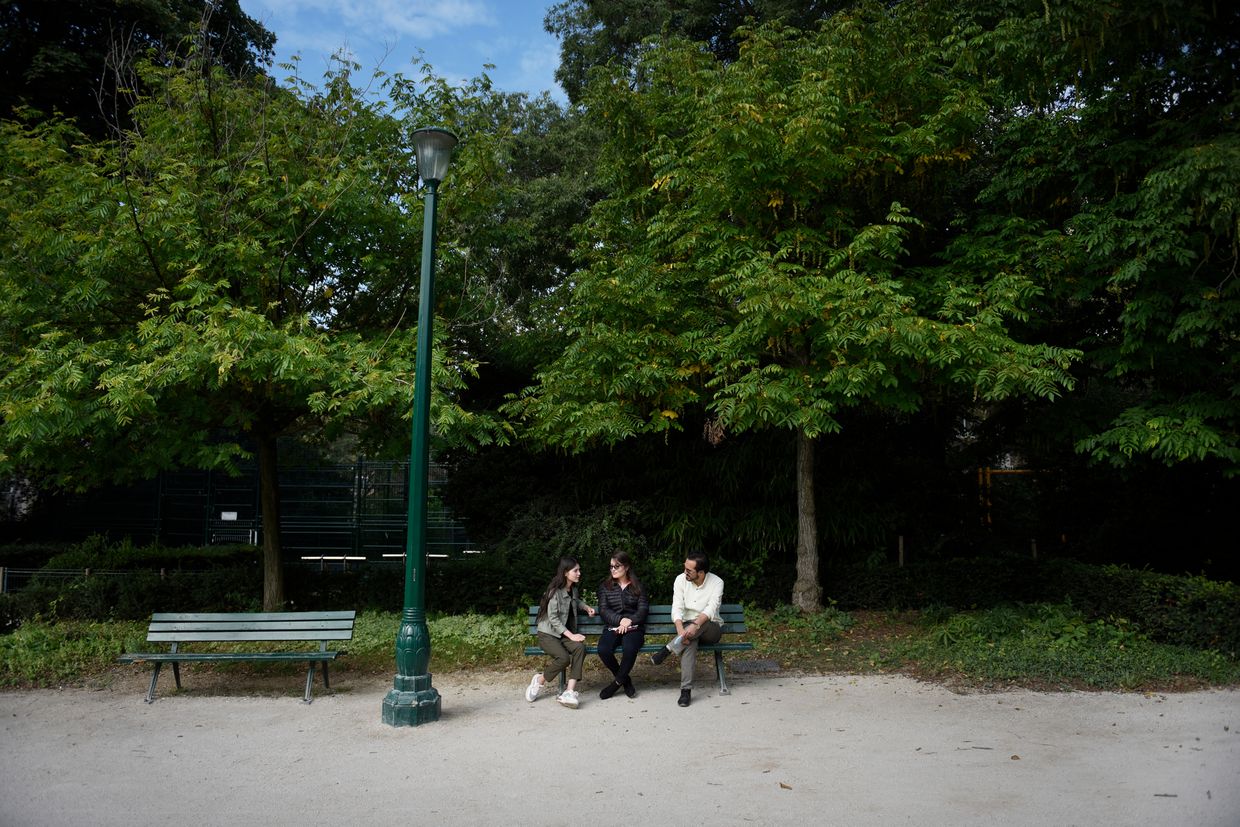 Roya, her sister-in-law Farida and her brother Djawid take advantage of two hours of authorized outings in a park in Bagnolet, in Seine-Saint-Denis, on January 21, 2022. / Florence Brochoire for “La Croix”

“Now we will be able to start a new life and I am very impatient,” resumes Roya. Because if she was able to go to school in Montluçon to learn French in a reception class for allophone students, and take guitar and singing lessons thanks to Claire, the volunteer who hosts her during the week, Djawid and Farida , who are expecting a baby, have not been able to undertake anything, except the initiation to French with the volunteers of the Secours Catholique de Montmarault.

→ ANALYSIS. What happens to the Afghans evacuated from Kabul?

As refugees, they will now be entitled to a ten-year residence permit and to the opening of their social rights. Unlike other foreigners, who must prove five years of regular residence before being entitled to the RSA, beneficiaries of international protection can claim it as soon as they have their papers. On the other hand, the law gives them three months, renewable once, to leave the Cada. Which will coincide with the arrival of the baby. “They expressed a little concern about that,” explains Agathe Farout, the family referent at the Forum Réfugiés-Cosi association, which manages the center.

Above all, you will have to find new accommodation. But where ? “We would like to go to Lyon or Lille, explains Roya, because Djawid, Farida and I want to go to university. “” At the Cada de Montmarault, continues Agathe Farout, the social worker manages to find accommodation and social follow-up for all people before they leave. But I won’t hide from you that it’s easier if the research is in the Allier than if you have to explore other departments, especially in big cities where rents are more expensive. A large part of our work will therefore consist in trying to make the family’s project coincide with their resources, and with what will be possible. »

→ THE DAY WHEN. “I left Kabul to flee the Taliban”

Dreams and reality. Roya has not forgotten his desire to study law in France, to work in human rights, or the arts. Thanks to high school, she began to understand French, and began maths and soon history-geography. He still has time to progress from here to the baccalaureate. But when will Djawid and Farida be able to study, let alone work, they who don’t speak French at all?

Admittedly, the Republican Integration Contract (CIR) that they will sign, as for any foreigner who receives their papers, provides for four-day training on the values ​​of France and French lessons, up to 600 hours. After a level test, it was decided that Roya would finally be entitled to 100 hours and Farida and Djawid 200 hours. Enough sesame?

“Refugee status is a necessary step in recognizing the person’s need for protection,” sums up Agathe Farout. But it is often also the beginning of a period of uncertainty, and sometimes of disarray, because the refugees have to face a whole host of difficulties on their own. »

In 2021, 104,577 first asylum applications were recorded, up 28.3% compared to 2020, but far from the 138,420 requests in 2019, before the health crisis, according to provisional statistics from the Ministry of the Interior. The protection rate (cases accepted out of all applications) is stable at 39%.

Afghan evacuation operations partly explain this increase. In August, 2,635 Afghans were evacuated. Since then, 647 Afghans have been added. Nearly 2,400 submitted an asylum application to the Ofpra, which issued just over 1,700 decisions, all positive.

Afghanistan remains the first country of origin of applicantsasylum, with 16,126 applications filed (+62%), ahead of Côte d’Ivoire (6,268), Bangladesh and Guinea.

The evacuation plan organized by France from Kabul could continue “beyond”