Criticism | Since 1911, the sea with bites in Madrid

“From mid-afternoon, from different Spanish fish markets they inform us of the fish and shellfish that will arrive at the restaurant the next day. At dawn the unloading begins at the docks of Pescadías Coruñesas, organization on which we depend. At seven in the morning, in complicity with Diego Murciego, head chef, we decided on the menu based on the catch of the day and the suggestions of Diego García, the owner. At nine o’clock we select the most suitable crockery; An hour later, we write the menus by hand, and at twelve o’clock we meet with the team to decide how we will serve the recipes that we will finish in sight. We reinvent ourselves daily with the risk of starting from scratch. Market cuisine in the strict sense”, affirms Abel Valverde, head of the since 1911, in Madrid.

From the moment of its opening last fall, the trajectory of this restaurant, which had faltering beginnings, has not stopped pointing upwards. Diners decide on the menu, but not before looking at the overwhelming tray of marine products displayed at the foot of the table. You choose between three unique menus, which include three to five starters and conclude with the fish of the day, as well as dessert or a cheese board. One random day, the delicate smoked salmon of the house is followed by some iodized sea urchins grilled in their own juice. Later, some grilled Carril clams submerged in a potato stew in green sauce. A dish as accomplished as the espardeñas with peas covered in grated black truffle (Tuber melanosporum). 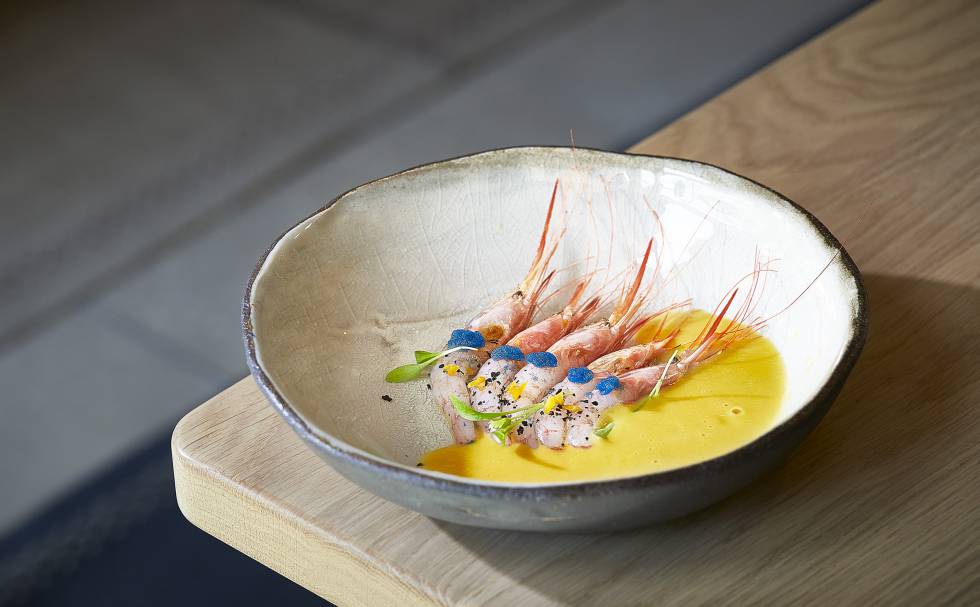 enlarge photo Shrimp ceviche from the restaurant Since 1911.

On the other hand, the Donostiarra-style spider crab disappoints, where the traditional dressings completely disfigure the flavor of the crustacean. Kitchen of great products to which simple recipes are applied. The red prawn is presented boiled; the white, fried in tempura, and the shrimp, boiled in sight. A no less successful dish than the medium-sized soles, presented in two versions: fried and meunière with capers. Or the lobster salad in thick slices covered in a smooth vegetable emulsion. Suggestions that give way to the magnificent grilled Urta de Conil.

The desserts are taken care of. Not less than the cheese board, a selection made by Valverde, a true expert. The winery is surprising, in consolidation, managed by Sergio Otero, which contains brands indicated along with some verticals of mythical wineries and sold out vintages. In short, the sea bites with a challenging logistics deployment.