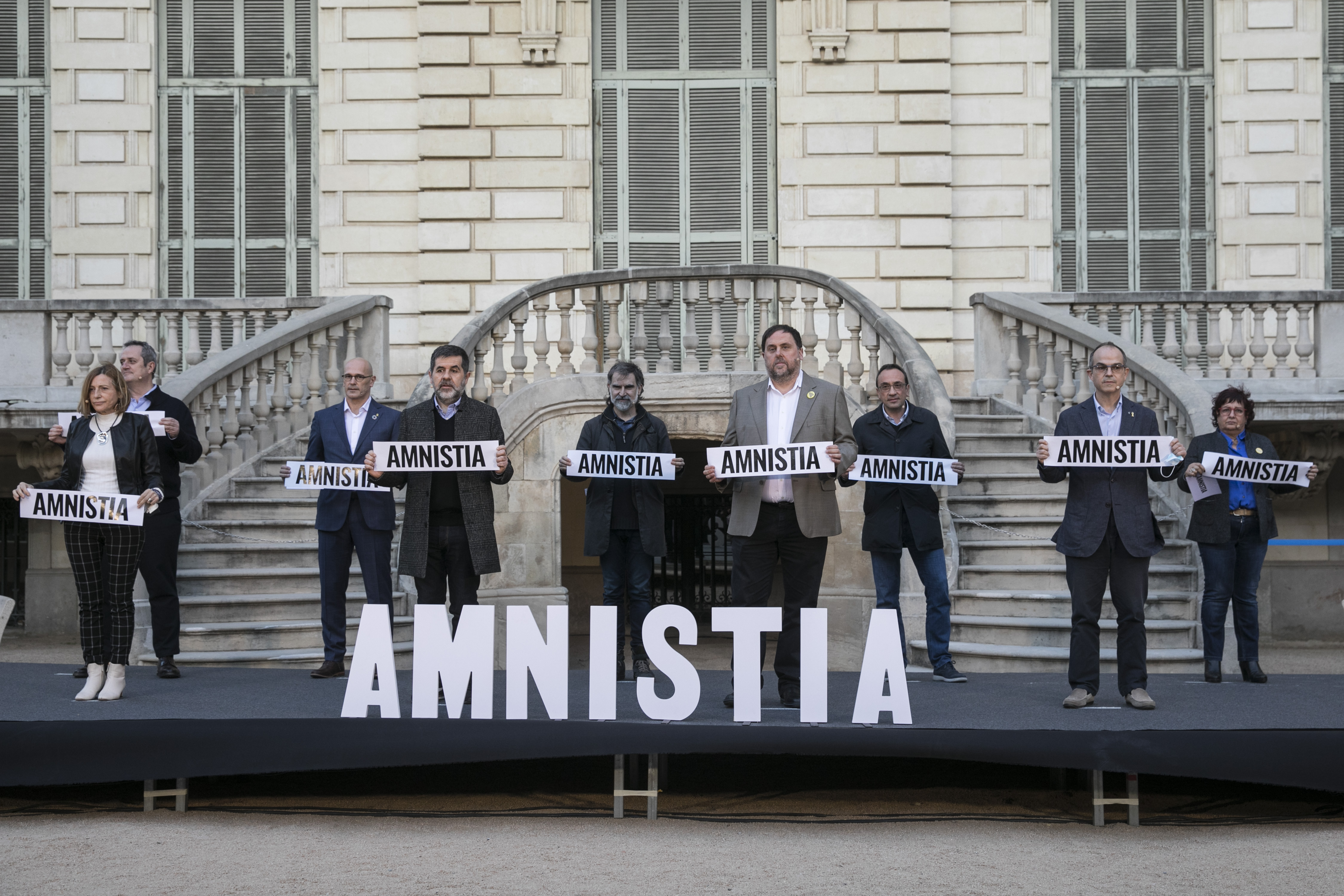 The fifth section of the Contentious-Administrative Chamber of the Supreme Court, which is usually in charge of resolving all the appeals filed against pardons in the high court, was divided this Thursday when analyzing those registered against the pardon that the Government granted in June passed to the nine leaders of the process convicted of sedition. The differences of opinion within the court existed from the beginning of the deliberation, which has been held in two sessions, but, according to legal sources, throughout the debate the balance was tilted from more favorable positions to admit at least the resources presented by political parties (PP and Vox) to the position finally adopted of flatly rejecting all the challenges for lack of legitimacy of the appellants. The deliberation began with three votes against two in favor of studying some of the resources and ended with the same result but in favor of the opposite decision.

The content of the proceedings with the arguments put forward by the fifth section of the Contentious Chamber will be known next week, but legal sources indicate that much of the debate has focused above all on the legitimacy of the parties and their deputies to challenge the measure of grace. The Contentious-Administrative Jurisdiction Law It considers “individuals or legal entities that have a legitimate right or interest” to be entitled to participate in judicial proceedings. In this jurisdiction there is no public action as such, so the appellants have to show that they are directly affected or harmed by the measure they challenge; in this case, pardons. Doubts about who is entitled to challenge the clemency measures were from the beginning the great obstacle that the appeals registered against the Government’s decision to pardon the sentence that remained to be served by Oriol Junqueras and the other eight convicted independence leaders had to overcome. to between 9 and 13 years in prison for sedition (some also for embezzlement). The jurisprudence was not favorable to the appeals presented by the political parties, as PP and Vox did, although the far-right party had in its favor having been part of the criminal process as a popular accusation. Finally, the court has closed the door to both.

Typically, pardons are challenged by a directly injured party (for example, the victim of a crime), which is why Ciudadanos chose not to present it as a formation but rather in the name of three of its members who were deputies of the Parliament (Inés Arrimadas, Carlos Carrizosa and José María Espejo-Saavedra) during the legislature that concluded with the unilateral declaration of independence on October 27, 2017. The PP also chose to try this possibility and, in addition to the use of its name, several Catalan deputies and former deputies (Alejandro Fernández , Santiago Rodríguez, Andrea Levy, Juan Bautista Milian and Lorena Roldán) filed their own challenges claiming to be a damaged party in the crimes committed by the independence leaders. But the Supreme Court has not considered them entitled to appeal, nor has the former Government delegate in Catalonia or the Pro Patrimonium Sijena and Jerusalem association and Catalan Civic Coexistence. In total, 63 appeals had been filed (seven for each of the nine pardons granted) and the court has rejected all of them.

The rapporteur of the decision, Ángeles Huet, was in favor of this rejection, but from the outset she only had the clear support of her partner Octavio Hererro. The other three (the president of the section, Segundo Menéndez and the magistrates Fernando Román and Wenceslao Olea) were against this position, although with nuances. Román and Olea defended the admission, at least, of the appeals presented by the parties or by public representatives. Menéndez, for his part, considered that the appeals presented by the parties should be studied, given that the pardon measures were based on a supposed public utility, but he advocated from the beginning not to admit the rest. Finally, this magistrate ended up convincing himself that inadmissible the challenges of the parties was the decision most in line with the Supreme Court’s own jurisprudence, which tipped the balance in favor of this thesis and closed the door to all challenges.

During the deliberation, the magistrates analyzed other resolutions of the Supreme Court that, for the most part, marked the path towards the solution finally agreed upon. Among them, the inadmissibility of the appeals presented by two deputies against the pardon granted to the banker Alfredo Sáenz. The speaker of that order was the current president of the Supreme Court and the General Council of the Judiciary, Carlos Lesmes, who concluded that the legitimacy to appeal “cannot be based on the simple fact of the public office they hold.” Lesmes also warned of an “immediate” consequence of opening the door to the resources of the parties and deputies: “The opening of the legitimacy to appeal to an innumerable number of people and groups.”

The decision adopted three months ago by this same room not to admit the challenges of PP and Vox against the appointment of Dolores Delgado as attorney general was also cited. In these proceedings, the magistrates recalled that only those to whom the estimation of their appeal provides an advantage or avoid a “real and effective” disadvantage or harm can appeal to the contentious-administrative courts, a condition that, according to the majority of the court , nor did it occur in the case of challenges against the pardons of the process.