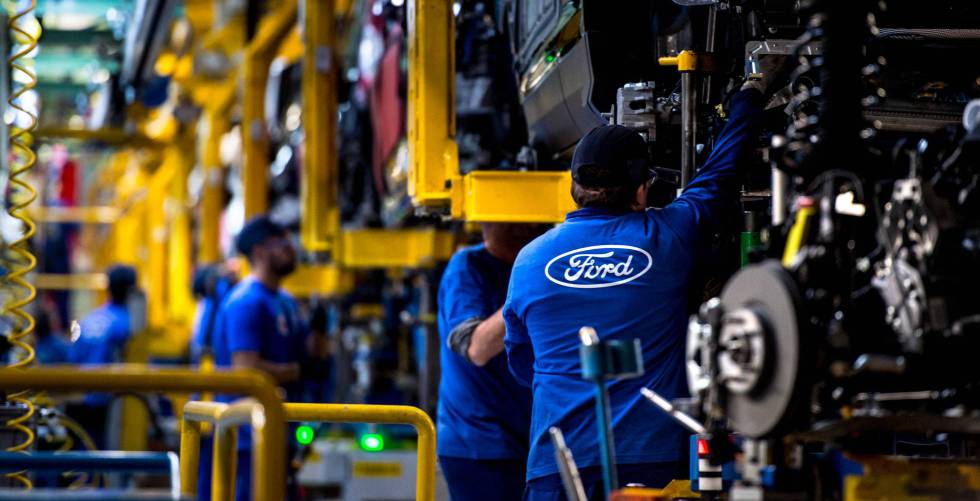 Six days before the deadline for Ford Almussafes to present a proposal to the multinational to opt for the Valencian plant to opt, from 2025, to manufacture the new electric models, the negotiation between management and unions continues without agreement . To the works council’s approach of not accepting wage cuts but accepting a recoverable containment later, the company’s management has responded with the need to lower wages by 10%, reduce vacations by one week and extend each work shift by 30 minutes. if you want to guarantee the future of the plant.

Ford Almussafes disputes with the German factory in Saarlouis the manufacture of the two electric models that remain to be assigned to Ford, but the 12 meetings that the company and unions have already held have not concluded with an agreement that allows the Valencian plant to have options.

The company does not see enough of the “salary restraint” that the majority union, UGT, would be willing to assume in the coming years. For him, the conditions of the company are “far” from being assumed. After this Thursday UGT opened the door to accept a “salary restraint” for the next few years that unlocks the agreement for the electrification of the Valencian factory, if the values ​​around the IPC are later recovered, the management called on the unions to a new meeting this Friday.

During today’s meeting, the management of the Valencian factory has stated that “salary restraint” is not enough to guarantee the workforce between 12 and 15 more years of work thanks to electrification. His position focuses on the need to lower wages by 10%, reduce vacations by one week and extend each work shift by 30 minutes.

On this point, sources from the majority union have explained that the only common point in the negotiation has come when the UGT has stated that it would be willing to assume an agreement for four and five years, “always conditional on the award of electric vehicles”, in which UGT would accept “flexibility measures”.

The union has added that it is awaiting a response to a request it made to meet with Ford’s management in Europe.

Beyond UGT, STM-Intersindical has explained that it maintains its refusal of any “cut, whether in rights or salary”, a position shared by the CC.OO. and CGT. For its part, this last union has tried to give the company a proposal to negotiate the agreement, but “the company has refused” to accept it “saying that it is only willing to talk about its requests,” according to sources from this union. .

Wanderers beat Cerrito 2-0 as a visitor