Radio and the written press are the media deemed the most credible by the French, according to the “La Croix” barometer 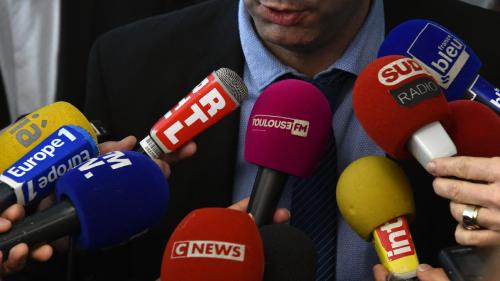 Radio and the written press are the most credible media for the French, ahead of television and the internet, according to the 2022 edition of the La Croix/Kantar Public onepoint barometer published on Thursday 20 January. According to this barometer, the radio still loses some of its luster. It is no longer the medium with the highest level of trust. With 49% of French people giving it credibility, the lowest since 1987, it is on a par with the written press.

Radio loses three confidence points when newspapers gain one, steadily rising since 2019 (44% at the time). Television, for its part, has gained two confidence points over one year, to 44%, again steadily rising for three years. In 2019, only 38% of French people gave him credibility. For the internet, another source of information for respondents, only a quarter of them (24%) trust it, down four points over one year. In 2015, 39% of French people gave it credit, the highest rate since 2005, the first year the web was studied by the barometer.

While radio and the written press are the two media with the most credibility, the French get their news primarily from television. It is through her that 48% of respondents follow the news first, and this is two points more than last year. For three out of ten French people (32%), the internet is the first source of information. The radio is consulted as a priority by only 13% of those questioned, down seven points since 2017, ahead of the written press (6%).

Note that depending on the age of the respondents, the priority media are not the same. Two-thirds of those under 35 (66%) first get their news on the internet (mainly on their smartphone), a quarter (25%) by television, 6% by radio and 2% by newspapers. Among those over 35, television is the priority for more than half of French people (55%) ahead of the internet (20%), radio (16%) and the written press (7%).

The barometer also notes that three quarters of French people (77%) say they are attached to the freedom of the press and the media. They mainly expect them to provide reliable and verified information (96% of respondents), that they give priority to the quality of information (94%), that they are independent of political power (92%) and economic interests (91%). Yet six out of ten French people (62%) believe that the media and journalists are not independent of political power, nor of economic interests and circles (59%).

The La Croix / Kantar Public onepoint barometer, 2022 edition, was carried out from January 5 to 11, 2022, on a national sample of 1,016 people, representative of the entire population aged 18 and over. The interviews were conducted face-to-face at the respondents’ homes.