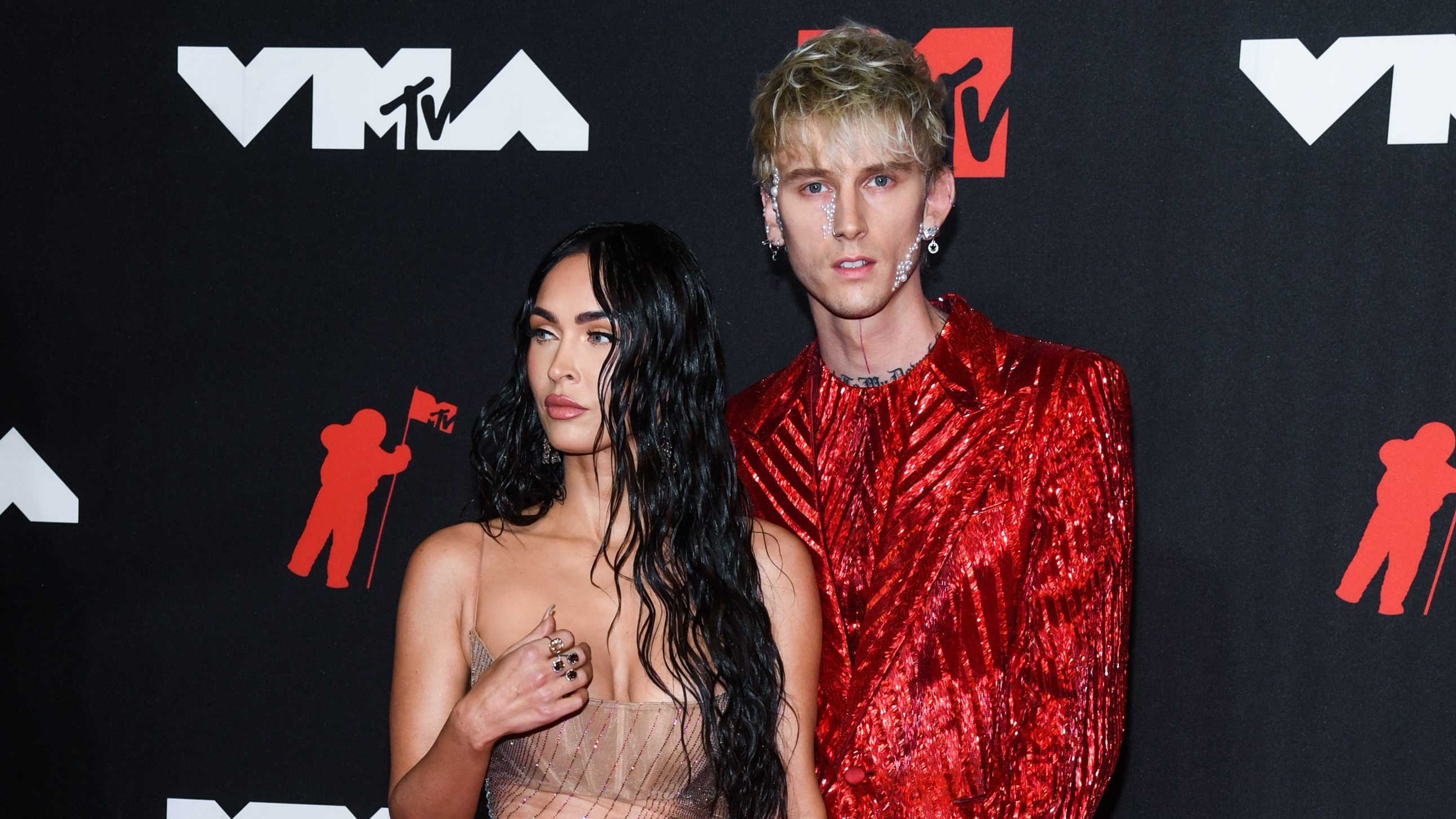 Since the announcement of Machine Gun Kelly’s proposal to actress Megan Fox on January 11, the couple has not stopped emphasizing the macabre intensity with which their relationship lives. “I told him yes, and then we drank each other’s blood”, assured the protagonist of Jennifer’s Body in Instagram post announcing their engagement. A gloomy aura has hung over the couple since they started dating just over a year ago. “I wear your blood around my neck,” the singer wrote last May, showing on his social networks a pendant inside which resided a drop of Fox’s blood, which he proudly wore as a accessory for a season. It was not the first time that he brought out his strange concept of love, nor will it be the last. Now, Megan Fox’s future husband has surprised after showing the engagement ring he has designed for her: a ring created so that, if Fox decides to take it off in the future, it will stick to her finger and cause pain.

“Love hurts”, explained the 31-year-old singer in an interview for the magazine Vogue in which he has given all the details about the peculiar design of the ring created by Stephen Webster jewelry under his guidelines. The jewel is made up of two parts that can be divided, as they are joined magnetically. “It is a pure emerald from Colombia, without treatment. It was carved in the shape of a drop, directly from the mine. And the diamond came straight from Stephen. The concept is that the ring can be separated to form two rings. When they are together, they are held together by a magnet. See how they come together? And so, they form a dark heart”, he clarified, but not before adding that it was he himself who had the idea of ​​turning the jewel into a somber display of his affection, recovering the Gothic idea that love is synonymous with suffering. A thought that has led women to suffer its consequences throughout history at a time when attractiveness and seduction have been linked to questionable health practices, such as the use of corsets and the removal of ribs in the Victorian era, the binding of the feet of newborns in China to keep them small or the use of necklaces to lengthen the neck of Myanmar women who follow the tradition.

Kelly has made it clear that she has been fully involved in the process of creating this dangerous jewel. “The bands that join these two parts are spines. Thus, if you try to remove it, it will hurt, “he concluded. “I know tradition is one ring, but I designed it to be two: the emerald (her birthstone) and the diamond (my birthstone) entwined in two magnetic bands of thorns that come together as two halves of the same ring. soul, forming the heart that is our love”, he has added through his personal Instagram account, including the date “1-11-2022″, leaving it open that this may be the day chosen for his next link.

Over the past year and a half, the couple has become one of the most watched in show business. Their intense demonstrations of love on social networks and red carpets, their impressive photo sessions together – like the one they did for the magazine GQ, where she posed almost naked, seated, with a gun over his genitals—as well as her spectacular looksThey have become the object of all eyes. Now, less than two years after meeting, the couple have made it public that they have gotten engaged in the same place where their love story began.

“In July 2020 we sat under this banyan tree. We ask for magic. Little did we know the pain we would face together in such a short and hectic period of time. We were not aware of the work and sacrifices that the relationship would require of us. Somehow, a year and a half later he asked me to marry him,” Fox confessed after breaking the big news. “And as in all the lives before this one, and as in all the lives that will follow, I said yes…”, wrote the actress, excited after showing her followers the video in which her partner can be seen kneeling before her.

The first news about the existence of the extravagant duo began in May 2020, after they met on the set of the thriller Midnight at Switchgrass. Rumors of their romance intensified later when Fox appeared in the song’s music video. Bloody Valentine, of Kelly. Just a couple of weeks later, Brian Austin Green, then Fox’s partner, announced that they had separated after 10 years of marriage and 16 years of relationship.

WHO expects many Covid-19 cases in Europe this summer

“Climate challenges”, biggest threats to cities, according to mayors