“I would like to lose sight of the Earth to see the feeling it would cause in my human brain”: interview with Thomas Pesquet visiting CNES in Toulouse 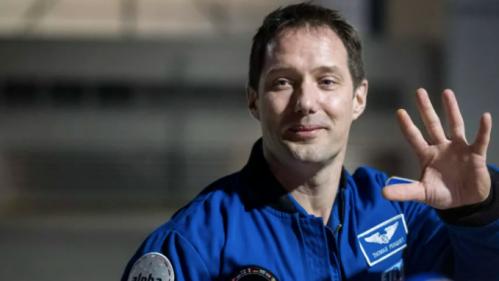 The French astronaut, back on Earth since last November, gave us an interview during his visit to CNES on January 21. How has this 2nd mission aboard the ISS changed him? What is his next appointment for the conquest of space? How far would he be willing to go to land the moon? Interview.

Thomas Pesquet, the French astronaut who has spent the most time in space (396 days), was at CNES in Toulouse this Friday morning to greet the staff with whom he worked during his last mission in the ISS. The opportunity to grant an interview to France 3 Occitanie.

After 2 missions aboard the ISS and hundreds of scientific experiments under your belt, what is the next step for you?

The meaning of space conquest now turns to Mars, it is the final goal, the “end game” as the Americans say. I really hope to be part of this new adventure. Mars is like Earth’s twin sister. She had atmosphere and water which she then lost. Could it happen to us too and how? This is a question we must ask ourselves as a species.

Thanks to her we will try above all to discover the origin of the Earth. Because the planet Mars has no erosion, unlike the Earth, we can therefore more easily read its history on the ground and learn about ours.

After more than a year in total spent in the ISS, you are certainly a different man. How have these stays in space changed you?

I think what touched me the most was the perception of climate change. On land it is not really noticeable. Man needs something concrete, to touch, to see things. Going into space allowed me to capture this change on the scale of my senses. All the astronauts who return from long stays have this heightened awareness of the earth which would be like an oasis in the middle of the sidereal void. It must be said that I also saw the difference between the two missions. This time we observed many more tropical storms forming in the Gulf of Mexico and that we know is a direct consequence of climate change.

You told us about Mars, but do you personally have a space dream, an adventure or an experience in space that you would like to live?

What I would like is to lose sight of Earth. It never happened. With the ISS we always stay in the vicinity of the Earth. It would be interesting to see what it does to us as a human species to see our cradle move further and further away until it disappears. I would like to live this feeling, to see what it causes in my brain. It must be terribly scary but exciting at the same time.