“I will never forget you Sarah, I love you”: after the accident at Lake Chalain in the Jura, high school students and adults express their pain

In the Jura, 48 hours after the terrible accident that claimed the lives of four high school students, it’s time for meditation. After the amazement, everyone tries to find the words to cope, and support the families.

Flowers. Hearts. Sentences written with emotion, in color. At the entrance to the Paul-Emile Victor high school in Champagnole in the Jura, a white marquee has been installed. High school students, staff, families or anonymous can come and leave a farewell note.

Under the first names of the four young people who tragically disappeared, the words are difficult to find. The emotional shock is always present for these young teenagers who have lost friends and classmates. Wednesday, January 19 around 5 p.m., the car where five high school students were plunged into Lake Chalain, probably due to the ice. 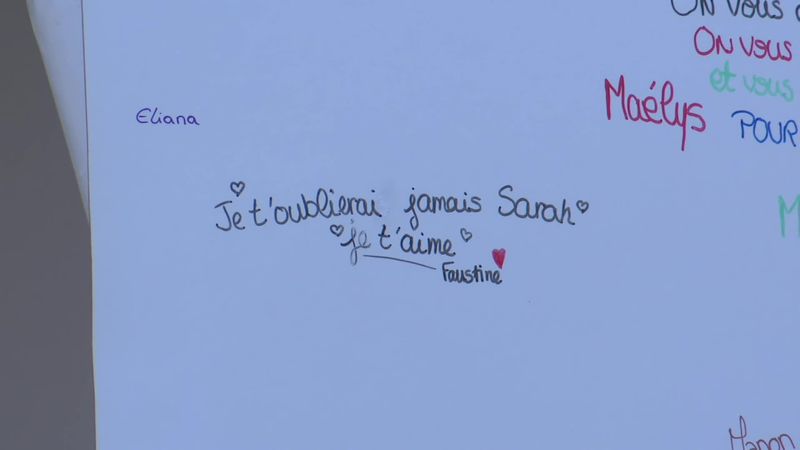 After the Lake Chalain accident, the pain of families and young people is immense. • © Florence Petit – France Televisions

In this high school of 700 students, the psychological support unit set up on the evening of the tragedy will continue to operate. “Since it was opened, it has been extremely busy, individually, in small groups, at boarding school, in the evening until late. It also works by telephone, we call back the students who are not currently in the establishment” specifies Stéphane Arru, the headmaster.

Classes have been maintained, students are free to address these disappearances which brutally mourn an entire establishment.

I came to lay four roses

In front of the school, parents wanted to be there. “My son knew victims. They are children of 15, 16, 17 years old. It’s a tragedy for them, to live that, it’s not possible. We can clearly see that they are touched, marked, there are no words” testifies a dad who came to bring his presence. “I came to give my sympathy to all these families, because each of us can identify with them. We are all parents, grandpa, grandma, it was important for me to come” confides a woman who came to lay some flowers.

Our village is in mourning… It’s very violent, too violent…

In Châtelneuf, a small town in the Jura with 140 inhabitants, the death of Natacha, 19, is on everyone’s mind. “140 inhabitants, it’s a family” explains the mayor. “The town is in a state of complete amazement. It is a great dismay. We are facing the void. People don’t know what to say. They carry their sadness” confides moved Bruno Ragot in the face of the tragedy that occurred this week. 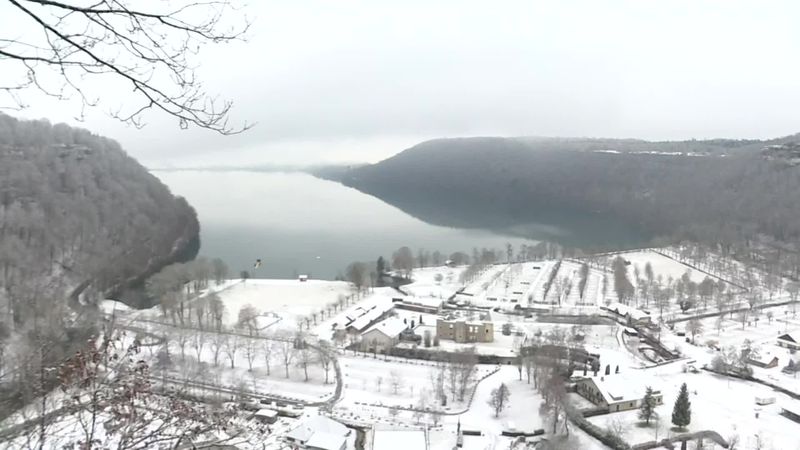 The four victims of the Lac de Chalain accident were between 15 and 19 years old. Nicolas, a teenager, managed to get out of the car, before giving the alert. He was to be auditioned this Friday by the investigators. His hearing was postponed because of his condition, said Lionel Pascal, the public prosecutor. The bodies of the young victims will be examined before being returned to their families.

According to the school principal Paul-Emile Victor, a tribute to the four victims should be organized soon. The terms are not yet determined.

Venezuela: The oldest man in the world is 112 years old, and he is Venezuelan