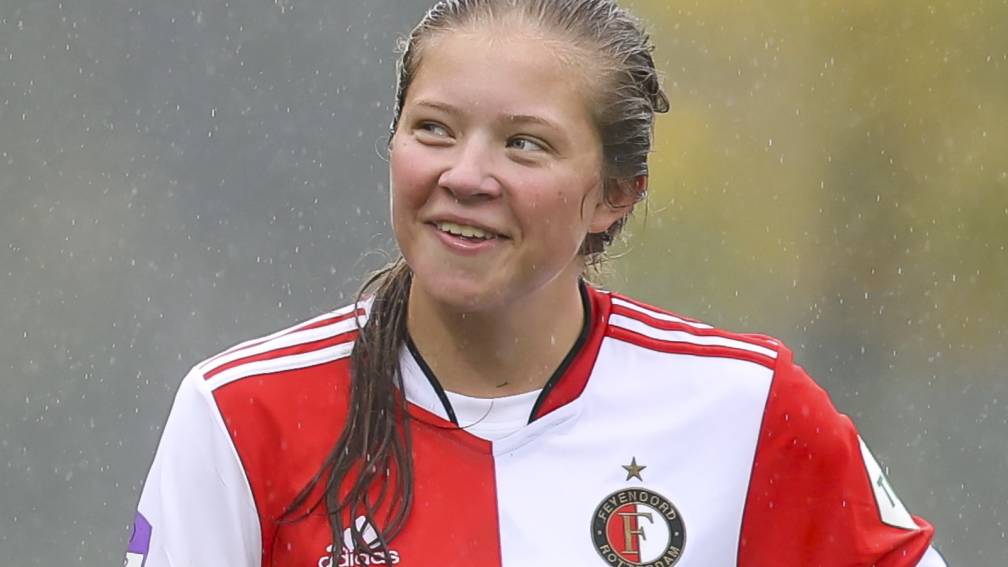 The Feyenoord women have come out of the winter break well and can look up again in the Eredivisie. Partly thanks to a great free kick by Romeé van de Lavoir, VV Alkmaar was set aside on Friday evening: 2-1.

Alkmaar helped Feyenoord on Varkenoord after just under half an hour in the saddle. From a cross, Annouk Boshuizen first hit the bar with a watched lob, but the ball was then cleverly worked into his own goal by Nicole Stoop.

Alkmaar came alongside fifteen minutes after the break, this time Feyenoord gave away a present. Justine Brandau handed in the ball just like that and Alkmaar eventually took advantage through Sanne Koopman, who slid in a good cross.

From the Lavoir’s saving angel

It was ultimately thanks to Van de Lavoir that the three points remained in the Rotterdam. The attacker shot a free kick from a difficult angle and from a great distance into the goal in one go. A great goal, although goalkeeper Femke Liefting was not completely clear.

Due to the victory, Feyenoord finds a connection with Ajax, Twente and PSV, but the top-3 still has a match due.