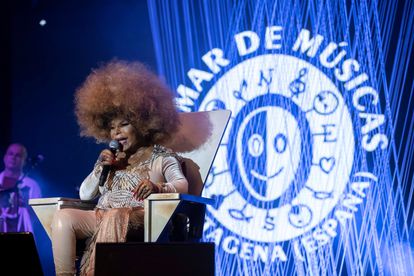 The Brazilian Elza Soares, one of the great queens of samba, has died this Thursday at the age of 91 at her home in Rio de Janeiro due to natural causes, as reported by her representatives on Instagram. Singer and songwriter, she leaves behind her a musical career of almost seven decades, 36 albums and an activism against sexist violence, racism and in favor of black feminism that made her an icon of the new generations.

The daughter of a laundress and a worker, she was born in 1930 in a favela in Rio de Janeiro. His biography includes great professional triumphs and very hard episodes in his personal life. She was still a 13-year-old teenager when she had her first child. At 15 she had already lost a baby and by 21 she was a widow. He said that he sang so as not to go crazy, says the newspaper Or Balloon.

It premiered on a radio show after an unforgettable exchange with the presenter: “What planet do you come from?” He asked the young woman in humble clothes who aspired to make a living in music. She answered him bluntly: “I come from your planet, Mr. Ary! From the hungry planet!”

After that debut, he was carving out a career. First as a chorus girl in clubs in Rio de Janeiro in the late fifties, then she sang for the first time abroad, in Argentina, and in 1959 she released her first album, if by chance you arrived. She was starting a career that would lead her to reign in the samba from Rio de Janeiro for decades, to sing before Queen Elizabeth II during her visit to Brazil in 1968, to the BBC choosing her as the singer of the millennium in 1999 and to perform at the Olympic Games in Rio de Janeiro in 2016.

The journalist Ruy Castro writes in Folha de S. Paulo that Elza Soares was a “woman, fragile, mortal, sick” but at the same time she was “an artist, indomitable, invincible, whom no one would destroy”. A nonagenarian, she remained very active even in the midst of a pandemic that she lived in front of the sea on Rio’s Copacabana beach. He gave interviews, he tweeted. He participated in the public debate. And he kept creating art. On March 8, she released a video clip on the occasion of Women’s Day.

For almost two decades, she lived a stormy marriage with Garrincha, the legendary soccer player who won two World Cups with Pelé. She dumped him after he hit her. The player also died of cirrhosis on January 20, he was 39 years old.