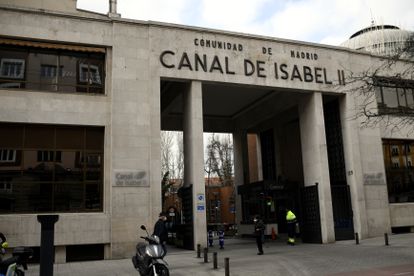 Spain has brought out all its diplomatic arsenal to try to save the capital of a Spanish company in Colombia. The legal clash between the Government of Iván Duque and the Canal de Isabel II, the largest public company in Madrid, is served. The Ministry of Foreign Affairs and the Spanish embassy make contacts at the highest level to solve the problem. The South American country has applied a law designed against paramilitaries and drug traffickers to expropriate and sell the shares with which it controlled the Triple A company. This entity, which last year entered more than 150 million euros, manages the water of some of the main Colombian cities. The Canal acquired it in 2001, through its parent company Inassa, which was judicially investigated in the Lezo case. Since 2018, its actions have been frozen by the local Prosecutor’s Office, which considers that Inassa charged Triple A more than 60 million for technical advice that did not occur, and that it has now activated this “early alienation” mechanism. That is, an expropriation.

“They have given the Spanish company the same treatment that criminal organizations receive,” says a political source from Barranquilla, where the Colombian company operates. “It’s absurd, it’s extravagant. How does a rule against drug cartels apply to a public company? Where is the legality in Colombia? Where is the respect for foreign investment?

To find the answer to these questions you have to look back and go back more than 20 years ago: 2001. Alberto Ruiz-Gallardón chairs the Community. It is a time of boundless optimism. The public companies of the region (also the Metro) begin to do business abroad. Successes are celebrated. Profits. Run the money. And the Canal buys Inassa for 100 million. “A ball”, Ignacio González, former regional president, is heard saying in a telephone recording.

The days of wine and roses end in 2017, when the Lezo case it explodes with the arrest of González and former directors of the public company. An alleged plot of bribery and cost overruns hatched around the Canal’s international activity is being investigated. And that, of course, affects Inassa, the parent company with which all those American businesses are controlled, since Judge Eloy Velasco sees signs of “fraudulent purchase and alleged embezzlement” in its acquisition by the Canal. It maintains that the actual price should have been “much lower.” About 30 million. That is, 70 less.

Immediately, the Colombian prosecutor joins the investigation of the Spanish. He wants to clarify whether the alleged corrupt network financed local politicians and distributed bribes. The looting of the Barranquilla company is then estimated at 66 million euros, for which the Attorney General’s Office decides to seize all the assets of the Canal, through the company Inassa, in Triple A (82% of the shares). The earthquake crosses the ocean at full speed, and hits the Government of the Community of Madrid just when it has hired a service for almost a million euros to design the sale of its American interests.

The operation blows up. It can no longer be. Madrid has just lost control of the Colombian company, because the shares go to a company of the Ministry of Finance, which uses a law that allows assets to be seized from paramilitaries, drug traffickers and guerrillas. Activate what is known as “early alienation” to speed up the process.

Five years later, 35% of Triple A has ended up in the hands of two important contractors from Barranquilla, the Daes brothers and William Vélez, as revealed by the portals First page Y the empty chair. They are businessmen close to Uribism and to Alejandro Char, a chief from Barranquilla who is running as a candidate for the presidency of Colombia, which is holding elections this year. This move demonstrates that those close to Char have access to large contracts from the Administration. In this case, it did not even go out to public tender. 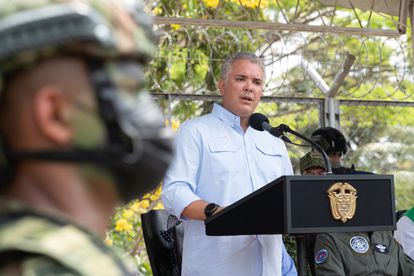 “This new decision is part of the procedure initiated in 2018 when the suspension of the dispositive power and seizure of Inassa’s shares in Triple A in Barranquilla, which amount to 82% of the capital, was ordered,” explains a spokesperson for Canal de Isabel II. . “As soon as the decision made [la venta de las acciones], Canal de Isabel II, in its International division, has brought these facts to the attention of the Spanish embassy, ​​and the Ministries of Foreign Affairs and Trade, who have shown their support and collaboration in defending the interests of this company”, he adds. . “Canal de Isabel II Internacional will protect its investments and will continue to defend the company’s economic and patrimonial interests before all the corresponding judicial instances and, where appropriate, before the World Bank’s international arbitration court.”

A stormy road, as Spanish companies well know. In March 2021, the United Nations Commission for Commercial Law dismissed the lawsuit that the Naturgy company filed against Colombia for the intervention of the Electricaribe energy distributor. The Spanish company requested more than 1,300 million after seeing how Electricaribe was intervened in 2016 with the excuse of its financial and supply problems.

Although the conflict is far from over, the president of Colombia, Iván Duque, took the seizure of the shares of the Spanish public company as a great achievement. It meant, he said, returning to the city and to Colombia itself a large local company that was in foreign hands. “The Triple A would return to Barranquilla to become a treasure and be cared for like a treasure, with total fiduciary independence from any interference of a political nature.” In the light of journalistic revelations, this has not been the case.

Until 2020, the shares owned by Inassa were paralyzed because some of the requirements for their sale were not met. A court ruling was missing. However, with the arrival of a new administrator at SAE, the Special Assets Company that controls the Ministry of Finance, the process of selling Inassa to Barranquilla was accelerated. The city’s mayor, Jaime Pumarejo, then said that he would look for investors to act as lenders so that the shares would end up in the hands of the city. The operation had the approval of the Government. Eight months later, those private investors own the shares in an opaque manner, without having submitted to any contest.

Company accounts and access to bank credit, according to the empty chair, do not justify the entry of private entrepreneurs. The conclusion is that the seizure of the company that was supposed to end up in the hands of the city of Barranquilla has ended up being a big deal for some contractors. And that is how an international judicial conflict deepens.

The tension is summed up by a simple sentence issued by a source from the Ministry of Foreign Affairs: “We do not detail the specific steps with Spanish companies due to the necessary confidentiality, but among the missions of our Embassies is the defense of the interests of Spanish companies wherever they are”.