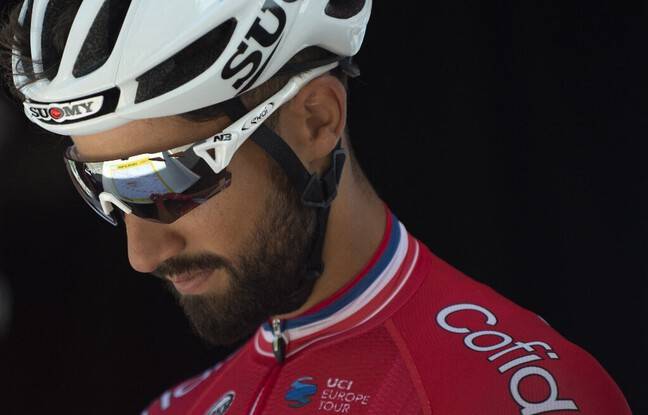 French sprinter Nacer Bouhanni suffers a concussion after falling during training on Thursday, his team announced on Friday.
Arkea-Samsic. The Vosgien, who had to have stitches placed in the brow bone, suffered a slight loss of consciousness.

Nacer Bouhanni fell yesterday in training stitches were placed on his brow bone, and a slight loss of consciousness. He underwent further examinations at Benidorm hospital and has a concussion with headaches.

The French team added that the rider had undergone additional examinations at the hospital in Benidorm, Spain, after his accident. It remains to be seen whether this glitch will still allow him to line up with the Saudi Tour, scheduled for February 1 to 5 in Saudi Arabia.