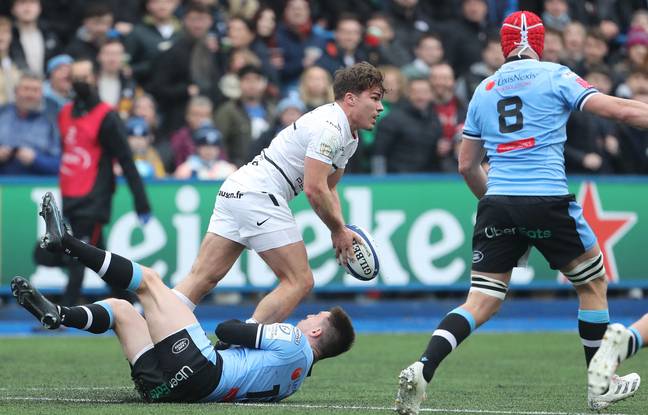 “The risk of additional contamination having been deemed too great, it was unfortunately decided to cancel the match”, indicated at the start of the afternoon. the European professional club rugby (EPCR) in a press release.

Stade Toulousain, which had however announced this Friday morning a completely redesigned team because of the dozen cases of coronavirus detected this week, will not finally face Cardiff this weekend on its Ernest-Wallon lawn.

“As a result, the Cardiff Rugby club were awarded the Pool A match 28-0 with five ranking points, in accordance with tournament regulations,” the Champions Cup governing body continued. .

“Scandalous decision” for the NRL

A decision by the organizer that the National Rugby League is contesting. “The NRL denounces a scandalous and totally unfounded decision. The Toulouse club has put together a group of players to line up a team capable of playing this match, and this in full respect of the EPCR health regulations and the French health protocol. The EPCR Covid19 protocol provides that the EPCR applies and defers to the protocol established by the league to which each club belongs, and sticks to the position of the medical authority of this league regarding of the possibility for a club to play the match when positive cases are declared”, indicates in a press release the LNR whose Covid-19 expert committee had indicated on Thursday evening to the EPCR that the meeting could be played.

For the LNR, the decision of the EPCR is “therefore taken in violation of its own regulations”. Its president, René Bouscatel, indicates that he will convene an LNR Steering Committee urgently “to discuss the follow-up, including legal action, to be taken following this decision”.

This cancellation is in any case a blow for the Rouge et Noir, defending champions, who had managed to present a list of 23 players this morning, with Thomas Ramos associated with Alexi Balès and the presence on the bench of substitutes. of Edgar Retière, Arthur’s brother and Didier’s son.

Among the positive cases, there was in particular Antoine Dupont. The scrum-half had resumed training on Monday, but had not been on a team sheet since December 11 and Stade Toulousain’s victory against… Cardiff. Romain Ntamack is also one of the infected players.