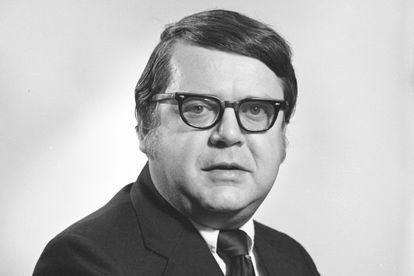 A new abuse scandal shakes the educational centers of Michigan, the land of Larry Nassar, the biggest sexual predator in American sports. The University of Michigan announced Wednesday that it will pay $490 million in compensation to the more than 1,000 people who accused Robert E. Anderson, a former sports doctor who worked with students, especially athletes, of abuse. Most of the complainants are men who say they were sexually assaulted during routine medical examinations. The settlement is one of the largest ever reached by a university to resolve abuse cases.

The case erupted three years ago, when Tad DeLuca, a former University of Michigan student, sent a letter to the head of the athletic department alleging that Dr. Anderson had abused him during physicals. The university opened an internal investigation and in February 2020 publicly encouraged alumni who had experienced bullying to speak with investigators. They gathered 1,050 testimonies.

Anderson worked for nearly four decades at the university. He served as director of the Health Service and was a doctor for various sports teams, including football. He retired in 2003 and died five years later, without having faced justice. Last May, WilmerHale, a law firm contracted by the university, concluded that Anderson had “engaged in sexual misconduct with patients on countless occasions.” The report also found that university staff missed many opportunities to stop him. Some university employees, including legendary football coach Bo Schembechler, took no action despite athletes complaining at least 20 times.

The allegations against Anderson and the university’s knowledge of and responsibility for his misconduct sparked a wave of lawsuits against the school. After months of negotiations with those affected, the university and a mediator, they reached an agreement on Tuesday night. $460 million will be available to whistleblowers. The alleged victims and their lawyers will be in charge of distributing the money, not the university. The remaining $30 million will be reserved for people who file lawsuits against Anderson before July 31, 2023.

“The University of Michigan has accepted financial and other responsibility for the harm caused by Anderson to so many young people that could have been prevented,” Jamie White, an attorney for many of the doctor’s victims, said in a statement Wednesday. “The university should be praised and not condemned,” he added.

DeLuca broke his silence about the abuse he suffered from Anderson when Michigan was shocked by the story of sexual predator Larry Nassar, sentenced to spend his life behind bars for sexually abusing hundreds of women, many of them minors. Michigan State University, where Nassar worked, agreed in 2018 to a compensation of 500 million dollars with the 332 victims of the former doctor of the United States gymnastics team (USA Gymnastics).