The progress of ómicron does not stop in Mexico with more than 60,000 infections in one day 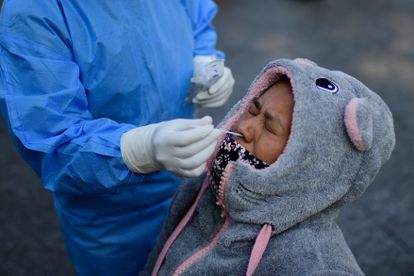 The pandemic in Mexico continues unabated. For the second consecutive day, the country has broken the record for daily infections with 60,552 cases in the last 24 hours, the highest figure recorded in one day since the pandemic began. In deaths, the health authorities reported 323 deaths in the last day, which already adds up to more than 302,000 deaths and 4.4 million patients since the health crisis began to date. The latest report from the Ministry of Health reveals that Mexico City, the State of Mexico, Guanajuato and Jalisco are the entities that concentrate the majority of patients.

The pandemic reaches historic figures in the country, while the Government insists on minimizing hospitalizations and deaths caused by this new version of the virus. “It has been shown that fortunately, although it is a variant of the virus that spreads very quickly and produces a large number of sick people, the vast majority of sick people generally have mild symptoms, symptoms similar to other respiratory diseases” , declared this Tuesday the Undersecretary of Health, Hugo López-Gatell.

Despite the tranquility of the health authorities, hospital occupancy has also been on the rise: at the national level, hospital occupancy stands at 37% of general beds, three percentage points more than the previous day and beds with ventilation for patients severe cases of coronavirus present an occupancy of 20%. A total of 126 hospitals in Mexico are at 100% capacity in general beds and more than twenty health centers report less than 20% availability for new patients, according to daily monitoring by the Ministry of Health.

“The increase is clear, it is no longer a trend, in hospitalization both in general beds and in intensive care beds, mainly in the north of the country, and we have also noticed an increase in deaths,” says doctor and researcher Andreu Comas.

The Government of López Obrador has focused its strategy before this fourth wave on vaccination. The Secretary of Security advances in the application of the booster dose for teachers – 1.4 million teachers have already been vaccinated – and the authorities expect to give about 18 million booster doses in the coming weeks to people over 40 years, as long as five months have passed since the application of your last vaccination.

The uptick in the pandemic has once again caused long lines at hospitals of people seeking a coronavirus test. In addition, a dozen states have decided to postpone the return to face-to-face classes in the face of massive infections, while the federal government insists that classrooms are not risk areas and calls for a return to classrooms. The Executive maintains its position of not applying more confinement measures or commercial restrictions.