The consumption of nitrous oxide exploded during the health crisis 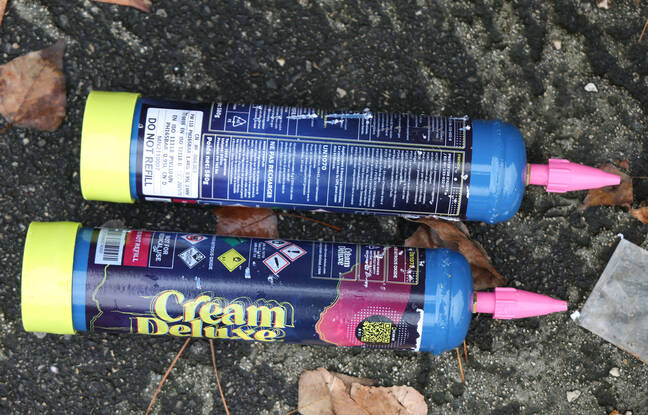 Last June, a law governing the sale of nitrous oxide to minors came into force. However, this has not had the effect of reducing a very widespread practice in France today, whereas it was still marginal there two years ago. If doctors have little hindsight to understand all the health consequences of frequent use of this gas, many agree that the disorders associated with the regular consumption of proto can be serious, even irreversible. At the Lille University Hospital (CHU), doctors from different specialties have formed a working group to try to understand the mechanisms leading to these disorders and establish an appropriate care pathway.

“Hauts-de-France and Île-de-France are the two regions most affected by the phenomenon of nitrous oxide consumption. And again, the number of patients is largely underestimated”, notes Guillaume Grzych, metabolic biochemist at the Lille University Hospital. According to him, there are between 3 and 4 admissions of heavy cases each week for the Lille hospital center alone. “In six months, we had around forty with an average age of 18. We can clearly see that the consumption of nitrous oxide exploded during the health crisis, ”he laments.

“It can go as far as the wheelchair”

In Lille, a year ago already, we chose to approach this problem in a global way by uniting the points of view of different specialties: neurologists, addictologists, endocrinologists, cardiologists or even metabolicians. “We are only just beginning to talk about the chronic effects of nitrous oxide consumption. In some cases, patients may develop symptoms similar to those of multiple sclerosis that lead to gait disturbances, paresthesias. It can go as far as a wheelchair, ”explains the scientist.

The primary objective of this working group is thus to understand the mechanisms underlying the consumption of nitrous oxide and to identify disorders that are not yet associated with this practice. “We talk a lot about acute effects, such as neurological intoxication, but relatively little about other effects on motor skills or the appearance of thrombosis”, insists Guillaume Grzych. It is in this sense, and in collaboration with other hospitals in the region, that “clinical research” will be launched. This research should also make it possible to facilitate the diagnosis and ensure appropriate management.

Around this diverted use of “laughing gas”, a regulatory vagueness remains. Nitrous oxide, used in industry and medicine, is not considered toxic. If the free sale is now prohibited to minors, the product remains easily accessible on the Internet. “Everyone reacts differently. Some will have irreversible side effects and others will not, assures the metabolic. The real problem is that we don’t know what the long-term effects will be.