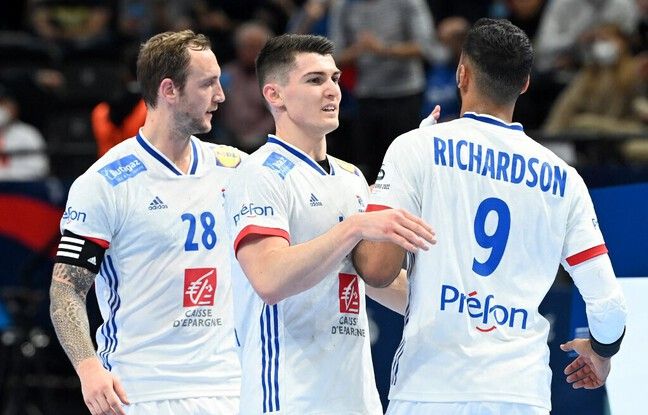 Thanks to two perfect half-time starts (5-0 then 4-0), the French handball players, Olympic champions five and a half months ago in Tokyo, knocked out the Netherlands 34 to 24 on Thursday for their first meeting. of the main round of the Euro in Budapest. The title “It plane for me” resounded in the Budapest Arena during the warm-up of the Blues.

And we have to believe that the famous song by Plastic Bertrand must have reached the ears of the French, who continue their faultless in the continental competition, victorious against the Dutch who knew how to annoy the men of Guillaume Gille the space of half an hour.

[📺 RÉSUMÉ VIDÉO] 🤾 #HandAction
🏆 The Blues continue their faultless against the Netherlands!
🔥 A 34-24 victory with a great Vincent Gérard!https://t.co/HwvjritY0A

“We have to cut their success,” advised Hugo Descat the day before, when discussing the successful start of the Euro for the Netherlands, qualified for the first time in the main round of the tournament by offering themselves opponents like Hungary ( 31-28) or Portugal (32-31). Author of the first two goals for the Blues, the Montpellier winger took his own words literally. And Guillaume Gille’s choice to line up Nicolas Tournat alongside Ludovic Fabregas before kick-off, to compensate the absence of Karl Konan positive for Covid-19, paid off early in the game.

“With Ludo (Fabregas), we were good. It’s encouraging. I feel better and better in defense, we are also on a device where we are more compact, it protects us a little more. It’s easier to defend so it’s working pretty well for the moment, ”says Tournat, also author of five achievements.

The success was on the side of the Blues, who immediately inflicted a severe 5-0 in five minutes, ideal to get into the game.

Five is also the number of exclusions collected by the teammates of Valentin Porte during a first period which gradually saw the Oranje return, thanks in particular to Kay Smits, current top scorer in the Euro (4 goals) and the good opposing defense, symbolized by the precious saves of Bart Ravensbergen (10).

“There was perhaps a little fatigue too”, admits Ludovic Fabregas, in a meeting “at a very high pace”. But Vincent Gérard never seems tired. Once again impeccable in his cage to allow the Blues to pass in front of the break (15-12), he also made high-class saves, like that of the foot in front of Luc Steins, or a parade on penalty against Smits.

Rebelote in the second half, with an even more spectacular save on a kung fu from Steins, his club teammate at PSG. Coming back strong in the second half, the Blues regained control of the game and unfolded, thanks in particular to the great form of Aymeric Minne, author of 8 goals, for 10 shots attempted.

“Tonight I’m happy with my performance but it’s also a match where we lead by 10 goals so it was easier to be released. Now that should give me confidence for the future, ”analyzed the Nantes player after the meeting. The Blues therefore enforced the hierarchy. And they will look to prove it again against Iceland on Saturday (6:00 p.m.). A victory would allow them to take another step towards the last four of the Euro. What to continue to soar.