Experts from the Rijksmuseum in Amsterdam began on Wednesday January 18 the restoration of the most famous painting by Dutch master Rembrandt, The Night Watch, which will notably remove the ripples that have formed on the canvas since a change of frame in the 1970s.

“For the past two years, we have been researching the Night Watch, mapping every fiber, every pigment on the paint,” explained Taco Dibbits, director of the museum. “And now we are going to start the conservation, the restoration,” he told AFP. 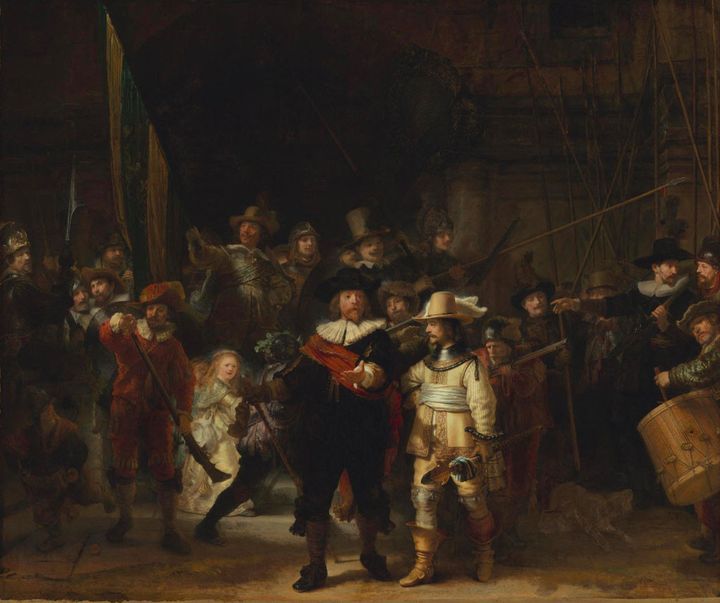 Curators took down the centerpiece of the museum, which measures 3.8 meters high by 4.5 meters wide and weighs 337 kilos, from the wall and placed it on a custom-made table. In the next few days they will remove the 1642 canvas from its original frame. “After a while, we will see that the current canvas will lose its deformations,” Pieter Roelofs, head of painting and sculpture at the museum, told AFP.

The wooden frame will be replaced with an aluminum frame that can “continuously hold a bit of pressure on the paint so it can’t puff up,” Taco Dibbits said. They will then assess whether a complete restoration of the work is necessary.

Called “Operation Night Watch”, the restoration project, which costs several million euros, constitutes the most extensive and comprehensive research and restoration work on the masterpiece. About thirty experts have been working for two and a half years in view of visitors to the web, one of the most famous in the world, studying it meticulously with the most advanced imaging techniques and computer technology.

During the first phase of the project, the experts notably discovered a sketch under the layers of paint, revealing the “genesis” of the masterpiece of the Dutch master. Taco Dibbits claimed the team also managed to make “the highest resolution photograph ever of a work of art.” “Now the audience can really zoom in on the image, dive into the image and see almost all of the pigment,” he praised.

The Dutch Rembrandt van Rijn (1606-1669) had received in 1642 a commission from the captain of the bourgeois militia of Amsterdam Frans Banninck Cocq to portray its officers. In nearly four centuries, the painting has experienced many trials. It escaped the Nazis, and by 1715 it had been trimmed down altogether to be installed in Amsterdam’s Town Hall. The last major restoration dates back more than forty years, after an attack in 1975 by an unbalanced man who slashed it with a knife.