Peru declares emergency due to oil spill; there are 21 polluted beaches

Peru declared a climatic emergency on Thursday after announcing that 21 beaches on the Pacific coast are contaminated after Saturday’s oil spill in a refinery managed by Repsol, after waves caused by the eruption of an underwater volcano near Tonga.

Peruvian President Pedro Castillo signed the decree from one of the most polluted beaches in Lima, adding that a “crisis committee” will be formed that “will propose concrete actions” to face the emergency that the country is experiencing. The signed decree will seek to regulate the change in the energy matrix and other aspects such as environmental justice, deforestation and education.

Prime Minister Mirtha Vásquez, present at the ceremony, indicated that the Repsol company has committed to deliver a cleaning schedule, to incorporate artisanal fishermen in the cleaning tasks on the beaches and to deliver food baskets to the affected families.

Vásquez indicated that the United Nations will send a team of experts in environmental disasters that will advise Peru to deal with the oil spill that the country has described as the “worst ecological disaster … in recent times” in the capital.

The spill It had spread on Thursday for more than four kilometers on the coast of the country which has some of the richest seas in biodiversity in the world. 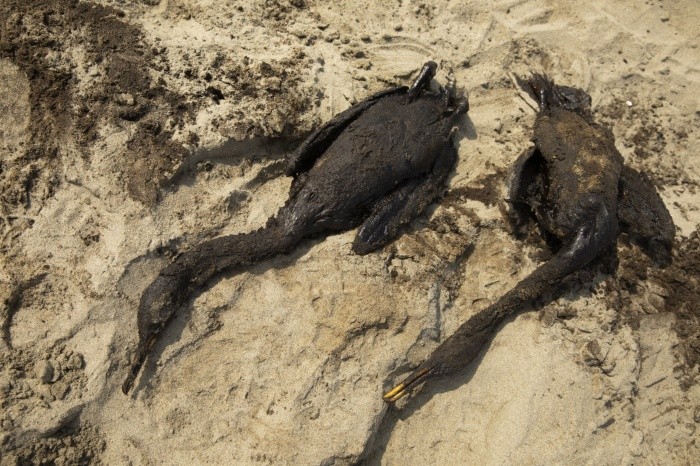 Dead seabirds found during the cleanup of the oil spill that occurred on Saturday at Ventanilla beach. XINHUA/M. Spleen

What are we going to live on now?

“What are we going to live on now?” ask the fishermen of Callao with regret, after the spill of some six thousand barrels of crude oil from the Spanish oil company Repsol on the central coast of Peru, attributed by the company to the waves caused by the volcanic eruption in Tonga.

“What are we going to live on now, that is our concern. We have lost our source of work and we don’t know when this will end”

Carrying fishing nets and seabirds killed by the oilHundreds of artisanal fishermen from Ventanilla -a district located north of the port of Callao (next to Lima)- have come during the week to the gates of Repsol’s La Pampilla Refinery, to protest the damage to marine flora and fauna caused by the spill that occurred on Saturday.

“What are we going to live on now, that is our concern. We have lost our source of work and we don’t know when this will end,” said Miguel Ángel Núñez, who was leading the protest.

“We want them to recognize the damage. The spill was caused by the negligence of the gentlemen” of RepsolNunez assured. 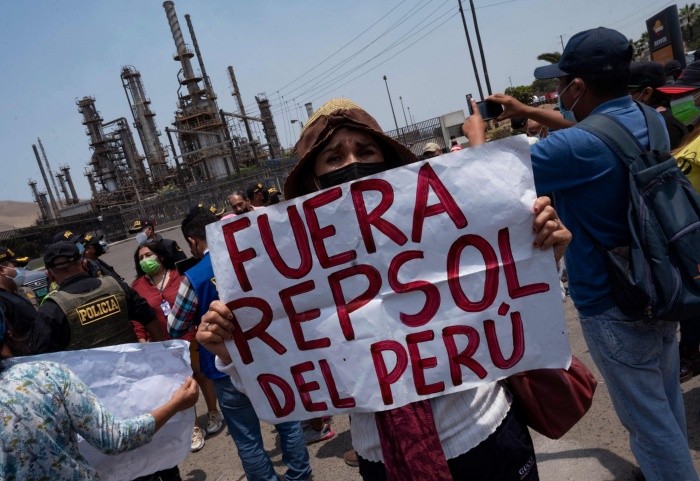 On the coast of Ventanilla lives a diversity of fish, such as sole, lornas and cheetahs, which are used to prepare ceviches, the flagship dish of this country famous for its gastronomy.

Peru on Wednesday demanded that Repsol “compensate” for the damage caused by the spill of six thousand barrels of crude oil, attributed by the company to the waves caused by the volcanic eruption in Tonga.