Dutch director Roel Reiné is making his way in the United States and will soon release his latest American film on Netflix: Fistful of Vengeance (2022). Today, the streaming service unveiled the first trailer.

The brand new action movie revolves around assassin Kai and his friends Lu Xin and Tommy. Together, they track a killer from Chinatown in San Francisco to Thailand to avenge the death of a loved one. But their hunt soon mars them with old enemies, a mysterious billionaire and an ancient mystical force bent on taking over the world.

Watch the trailer for Fistful of Vengeance here:

The lead roles are played by Iko Uwais, who we know for his starring role in The Raid: Redemption (2011), Lewis Tan, known for Mortal Kombat (2021), Lawrence Kao and Pearl Thusi. The action film is directed by Roel Reiné, the Dutch director who previously made Michiel de Ruyter (2015) and Redbad (2018).

Fistful of Vengeance is vanaf February 17 to be seen on Netflix. For a complete overview of all new movies and series that will soon be available on the streaming service, you can visit our Coming Soon page on Netflix. 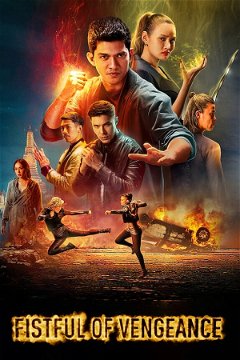 Kai, an assassin with superpowers, is on a revenge mission. But when he’s chasing a killer in Bangkok, he must protect the world from an old enemy.