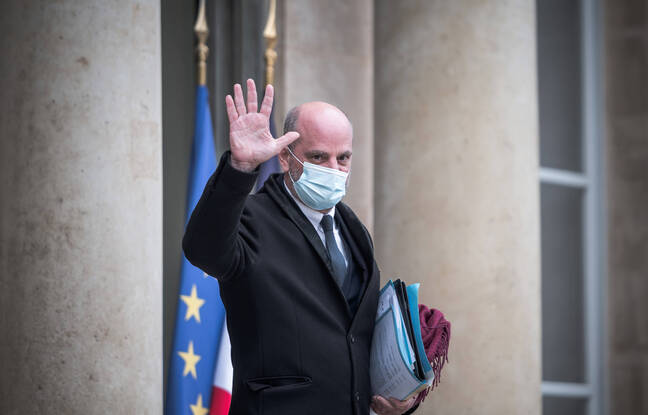 Jean-Michel Blanquer kept under pressure. Teachers hit the pavement again this Thursday in Paris, a week after the previous strike, to protest against the management of the health crisis in schools. Already weakened by procrastination on protocols at school, the Minister of National Education found himself under fire from critics after the revelations of Mediapart. On Monday, the investigative site revealed that the minister was on vacation in Ibiza when he gave an interview detailing the health measures for the start of the school year in January. “A terrible symbol” for the unions. But is the former darling of Macronie in danger?

Long considered a strong link in the government, Jean-Michel Blanquer is experiencing a delicate end to his five-year term against a backdrop of an epidemic rebound. The 57-year-old minister experienced a first salvo of calls for resignation during the January 13 strike. His mistakes on health protocols in schools have been repudiated by the government. Prime Minister Jean Castex was thus forced to regain control, by announcing the last measures for the school, and by himself leading the debates at length with the unions at the end of the first day of mobilization.

In the storm, the your would have gone up last week between Jean-Michel Blanquer and his colleague from Health, Olivier Véran. “There has been tension between the two because the epidemic is such a complex subject. Faced with the recommendations of scientists, the government must decide. And certain side effects of the protocols were not sufficiently anticipated, ”breathes a framework of the Republic on the move. “Ministers, especially those responsible for frontline professions, are worn out by these two years of Covid-19,” he said. There is fatigue. Especially that opposite, some are looking for officials. The revelations about his vacation in Ibiza made the minister a prime target for the opposition, forcing him to recognize a “symbolic error” in the National Assembly and TF1’s 20-Heures.

“There is no Blanquer case”

If the sequence annoyed Emmanuel Macron and polluted his speech in the European Parliament on Wednesday in Strasbourg, Jean-Michel Blanquer should remain rue de Grenelle until the end of the five-year term. “Whatever we say, the fact of having kept the schools open, of allowing parents to go to work, is to his credit. There is no need to save Private Blanquer because there is no Blanquer affair, ”assures Bruno Bonnell. “It is not comparable to François de Rugy
[mis à la porte après l’affaire des homards] because Blanquer has a record: the duplication of CP and CE1 classes in priority education areas,
the upgrading of certain teachers, the reform of the baccalaureate… He is a dedicated minister, who keeps his cohesion in adversity, ”adds the LREM deputy from the Rhône.

In September, the person concerned broke a record for longevity in his post as Minister of National Education under the Fifth Republic. Three months before the first round of the presidential election, his resignation would weaken Emmanuel Macron’s campaign. Especially since the former director general of school education under Nicolas Sarkozy remains rather appreciated by the right, which rather spared him during the five-year term. An LR deputy close to Valérie Pécresse summarizes with a formula: “Fortunately Fillon was not elected, the teachers would have had Blanquer at National Education! »