Ingrid Betancourt: “I hope Colombians reconcile with me” 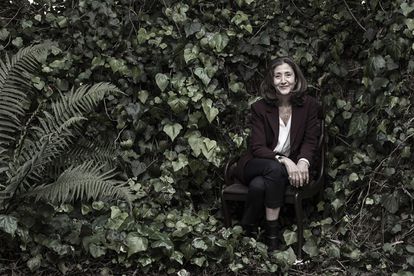 Ingrid Betancourt, photographed this Wednesday in Bogotá after announcing that she is running for the presidential elections. Camilo Rozo

Ingrid Betancourt wants to achieve, at her 60th birthday, the same dream she had at 40: to be president of Colombia. An unexpected decision that he made in the heat of an electoral pre-campaign that he timidly peeked into just a few months ago, after 13 years living far from Colombia. To achieve this, he only has four months, those that are missing for the first round of the presidential elections that will be held on May 29. Her speech about fighting corruption remains intact two decades later, but she is no longer the same.

The kidnapping at the hands of the FARC in 2002, while he was campaigning, marked his life forever with the mark of an atrocious captivity in the jungle, which lasted more than six years. Betancourt returns to politics and to his country after convincing his children, who lived through an already complex adolescence with the absence of a mother and the fear in their bodies of never seeing her again. She is no longer afraid (“I don’t think there is worse than what happened to me”), although before announcing her candidacy this Tuesday she thoroughly prepared a security system to protect herself.

The campaign house of the Oxygen Green party where it receives EL PAÍS in Bogotá this Wednesday is a hive of people, chaos at times, but when Betancourt finally sits down, he recovers that serene and spiritual tone that he embraced in recent years, in the who took refuge in France and studied theology. To proclaim herself a candidate, she must still win the referendum of the center coalition next March, in which she is the only woman. She is convinced of her options and does not even want to hear about the possibility of losing and going to the presidential ticket of the winner. “They are patriarchal schemes. I want to be next to them, not behind them.”

Ask. Two months ago I did not think about a candidacy. What made you change your mind?

Answer. Many people requested me, I could no longer ignore what they were asking me, but I had personal problems to solve first. Discussions began in the coalition about the need for a woman to be present, but I didn’t want to make a decision that was against the will of my children. They are life decisions that if you don’t make them with your family, you can’t.

Q. What did your children tell you?

A. They didn’t want me to come. The cost that they had paid for me to serve Colombia was something that they did not want to pay again. They felt there was a security risk. That risk is currently under control. The reflection of the family was to take on this challenge with a very serious commitment to ensure safety.

Q. Are you afraid?

A. Not anymore. Worse than what happened to me I don’t think there is. Yes there are obviously risks, but I think they are manageable.

P. Have you suffered threats?

P. Do you believe in the possibility of an assassination?

A. I work strongly against it. Colombia entered a global space that also helps to ensure that these types of political solutions, because an assassination is political, are no longer so valid. I am not naive, there is danger, but Colombia is changing. We now return to the political space of two movements, one of whose leaders were assassinated. [Nuevo Liberalismo] and in another his boss was kidnapped [Verde Oxígeno]. The reflection that must be made is that killing and kidnapping people does not end ideas, it simply postpones political projects.

Q. You have been living abroad for many years. Isn’t that a problem for someone who wants to preside over the country?

R. I think it is an advantage. Colombia has lived dismembered by a polarization where each active leader has taken a position. Not having participated in those years of ideological warfare, of violent confrontation, allows me to talk to everyone.

P. Colombia has not always treated you well, have you reconciled?

R. I do, and I hope that Colombians reconcile with me. For me it was very important to understand that what I experienced, very violent moments, of very strong accusations, were the product of the political positions that I had against the system of corruption. When they made a movie about me saying that I had wanted to let myself be kidnapped, that I had been reckless, it took me many years to understand that in reality what there was was a political will to get me out of the ring. When they free me from the jungle they come back and do the same thing to me. Another misinformation, another slander, they once again mount an immense lie and Colombia in a hate scheme against me for the same thing, to get me out of the ring.

P. What remains of that Betancourt of 20 years ago?

R. The dreams remain intact, I think they did not manage to steal my soul. The flags in which I have always believed are the same ones I have today, although I am a different woman. The fact of being 60 years old and not 40, the fact of having been kidnapped, the fact of having lived with my children outside the country for many years has given me a life experience of what we Colombians are, which I think serve the country.

R. We are a loving people. We like to be with each other, we are supportive, we like to talk, build together. The war transformed us and gave us the idea that to survive we had to be isolated, mistrust, kill ourselves intellectually and verbally. Colombia is the best country in emotional terms, it has made us live in hell and now we have to transform it into a paradise. That transition is what I want to work on.

Q. 20 years ago, did you feel attacked for being a woman?

A. A lot. I know that what they did to me they would not have done to a man.

R. Well, machismo is something worldwide, not only in Colombia. But we women are gradually taking over our history and our space.

P. The coalition needed women and you arrived, do you feel a quota?

R. I feel like a key that unlocks the dreams of the coalition.

P. Do you see yourself with options to win the consultation of the center?

R. I will do everything possible. I am a warrior, I will do what it takes to win.

Q. If you lose, will it be the winner’s presidential formula?

A. No, and I don’t want to talk about it. They seem patriarchal schemes to me. I want to be next to them, but not behind them. And I would like that behind me, if I win, it is not decided by a gender issue.

P. It is deeply religious. What is your position on abortion?

R. I am Catholic and I am against abortion for myself, in my body, but I do not want to impose on any woman that my beliefs imply life decisions. The State is secular and has to give all Colombians the possibility of managing their bodies with dignity and freedom. The State has to give women the possibility of having an abortion, or of having a child and being able to carry it forward or give it up for adoption. All these decisions involve immense damage. A woman who has a child and did not want to have it is a tear because it is truncating a dream of life.

P. What would be the first thing you would do as president?

A. Buy a watch that gives us the capital of time. I want a huge digital clock ticking off the seconds until they reach zero, so that I and the Colombians are aware that time to transform Colombia is gold.

Q. How does corruption end?

R. With method. The first is how you come to power. If one comes to power with machinery and corruption, he continues to govern like that. The machines are the trap. What differentiates us from the two extremes is that they arrive with populism, buying votes and swindling the possibility of Colombia having a true democracy. We are entrenching ourselves to fight a very difficult battle against a system that has held us hostage for 60 years. Corruption is a state of mind, the first thing to think that it can not end, that it serves us, that if we give a bribe or help outside the legality we are better off. You have to change the mentality. Concrete measures are also needed, a person dedicated to tracking everything that happens in all the ministries. I call him anti-corruption czar. The entire Colombian State is gangrenous by corruption, we have to dismantle that State and that requires a lot of method, a lot of teamwork and empowering the citizen.

Q. How do you feel about the FARC in Congress?

R. It seems very important to me that they are in politics, but I regret that they are in extreme politics, because I think they had the opportunity to get out of those extremes. It is sad to think that people who fought in the mountains, who did all those barbarities that they supposedly did to transform Colombia, end up kidnapped by the system of corruption they wanted to fight.

Q. Do you still have nightmares?

A. Yes, but they are of a different nature. There are things that suddenly impact me and come filtered like on the jungle stage, but now the actors are different.

R. I feel reconciled. For many years I thought I never wanted to set foot in the Amazon again and now I really want to. That means I’m already on the other side.