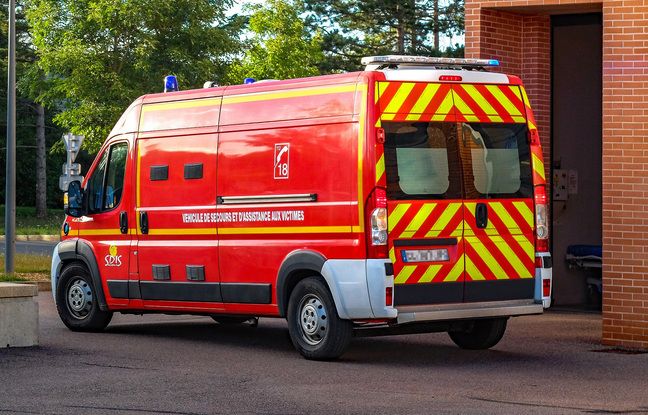 For Jean-Michel Blanquer, it is “a drama that affects the entire educational community”. Four high school students, three minors and a young major, died on Wednesday, remaining prisoners of their car which fell into a lake in the Jura.

A fifth occupant of the car miraculously managed to get out of the vehicle and give the alert, said Lionel Pascal, public prosecutor of Lons-le-Saunier, confirming information from the regional daily Progress.

The youngest victim was 15

The five young people were educated at the Lycée de Champagnole, a Jura town located about twenty kilometers northeast of the scene of the accident, according to David Philot, prefect of the Jura, who spoke of a “dramatic” accident which “affects us all “. The youngest victim was 15 years old.

The tragedy occurred at the end of the afternoon, while their vehicle was traveling on the road along Lake Chalain, the largest in the Jura, east of Lons-le-Saunier. The roadway was very “icy”, a “real ice rink”. The road is located above the lake, bordered by “a fairly steep and fairly wooded slope”, explained Lionel Pascal. The vehicle made “a fall of about ten meters before ending up in the lake”, specifies France Blue. She passed “in the only place where there was no tree, but still hit one slightly, which was not enough to change her course and she fell into the water”, indicated the prosecutor.

Firefighters and gendarmes quickly on the spot

The survivor “warned someone who was passing by, this person then alerted the emergency services”, continued the magistrate. The high school student was then taken care of and hospitalized. A gendarmerie patrol was able to “very quickly arrive on the scene (…) The gendarmes threw themselves into the water to extract the occupants of the vehicle but did not succeed”. Also arriving very quickly on the scene, the firefighters were also unable to save the occupants of the vehicle. The four bodies were taken to Lons-le-Saunier hospital. A gendarmerie investigation has been opened to determine the exact circumstances of the tragedy, according to the prosecutor.

Faced with this terrible tragedy, the politicians did not fail to react. “I want to express my pain and send all my thoughts to the families and loved ones of high school students,” tweeted the Minister of National Education in the evening. “State services are fully mobilized with those around the victims,” ​​assured Jean-Michel Blanquer. “My thoughts go out to the families of the victims and the entire educational community of the Paul-Emile Victor high school in Champagnole”, also reacted Marie-Guite Dufay, PS president of the Bourgogne Franche-Comté region. “Everyone is appalled,” said the mayor of Champagnole, Guy Saillard. The elected official did not know the identity of the young victims, the interns not being, according to him, from Champagnole but from surrounding municipalities.