CAN 2022: Algeria on the hook, Tunisia narrowly passes, the Comoros qualified… What to remember from Thursday’s meetings 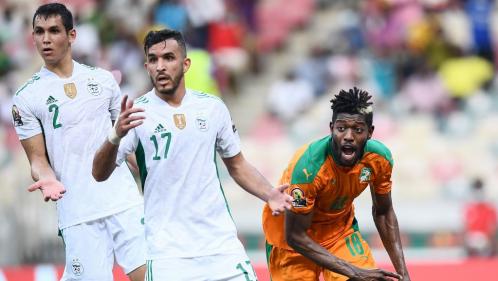 All the nations qualified for the knockout stages of CAN 2022 are now known. For the last day of the group stage in groups E and F, Thursday January 20, Côte d’Ivoire, Equatorial Guinea, Mali and Gambia join the final phase, as do Tunisia and the Comoros, who are part of the best third. The sensation of the day comes from the elimination of Algeria, defending champion.

The Algerians, African champions in 2019, see their nightmare at CAN 2022 come to an end. The Fennecs had a very difficult group stage, during which they were held in check by Sierra Leone (0-0), then defeated by Equatorial Guinea (0-1). Victory was imperative against Côte d’Ivoire, but once again Djamel Belmadi’s men were scuttled and gave in to Franck Kessié, Ibrahim Sangaré and Nicolas Pépé. Sofiane Bendebka saved the honor by scoring the only Algerian goal of the competition late in the game. As in 2017 in Gabon, the Fennecs are eliminated from the group stage.

The misfortune of Algeria makes the happiness of the Comoros

For the first participation of the Comoros in the CAN, the Cœlacanthes achieve the feat of qualifying for the round of 16. They take advantage of the defeats of Algeria and Sierra Leone to finish among the best third. The Comorians, who were part of group C, had offered themselves a victory against Ghana (3-2), which allows them to join the final phase. They will face Cameroon, host of the tournament.

Mali, Gambia and Tunisia in round of 16

Group F closed the group stage of the CAN with the qualifications of Mali, Gambia and Tunisia. The Malians finish in the lead after their victory over Mauritania (2-0) thanks to goals from Massadio Haïdara and Ibrahima Koné. The Eagles are ahead of Gambia, who triumphed over Tunisia after added time (1-0). Despite this defeat, and with only three points taken, the Carthage Eagles qualify among the best third. They will have to pull themselves together and rely on the return of their players infected with Covid-19 to beat Nigeria, one of the best teams in the competition so far, in the round of 16.

The posters of the eighth finals