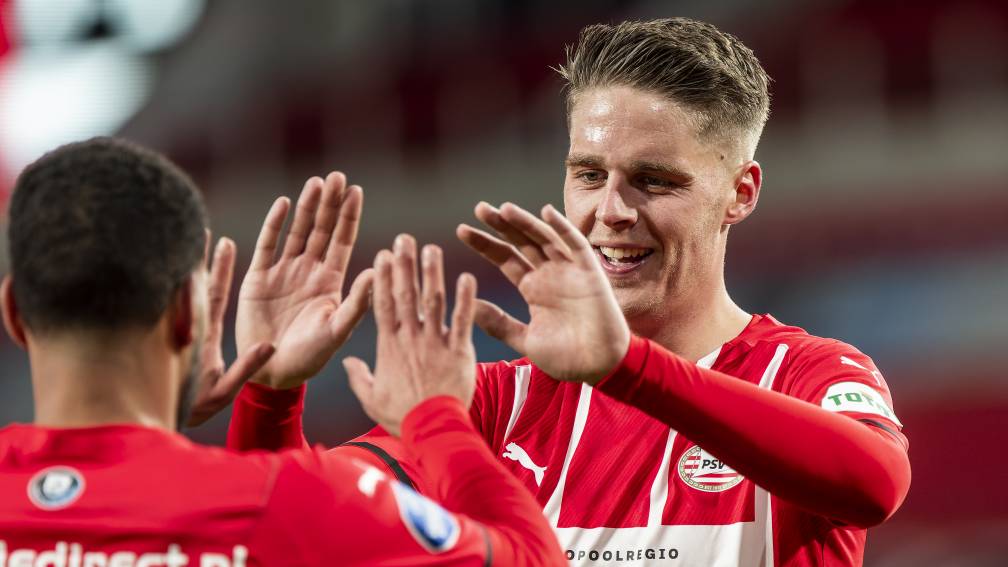 PSV, with 19-year-old Fodé Fofana as basic debutant, was hardly able to impress. However, after more than half an hour it was level. Veerman sent Bruma into the depths. The Portuguese then outplayed keeper Ronald Koeman and finished in a controlled manner.

The leader of the Eredivisie was shocked just before half time when a ball hit Gyliano van Velzen’s post, although the attacker was offside. On the other hand, Koeman reversed attempts by Yorbe Vertessen and Philipp Mwene.

Gakpo and Doan in the team

Trainer Roger Schmidt intervened halfway through and brought Cody Gakpo and Ritsu Doan in the squad for Bruma and Fofana. Not much later, Drommel stopped Aktas from his second goal by cleverly turning his header.

After a little over an hour of play, Veerman was in the right place with a withdrawn ball from Mwene who had come up. The midfielder who came over from sc Heerenveen crowned his basic debut with his first goal for PSV.

In the final phase, substitute Eran Zahavi headed the post. At the courageous Telstar, the forces had flowed away to make a final offensive.