Where is Rennes’ major university project? 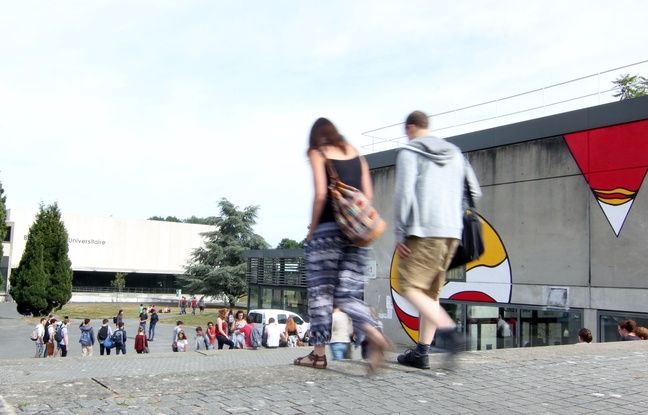 The project is a veritable sea serpent. Or a gas plant according to gossip. At each start of the school year since 2017, we are proudly announced the birth of a future major Rennes university, bringing together the two universities (Rennes 1 and Rennes 2) as well as five major schools. But five years later, the University of Rennes (UniR) has still not seen the light of day. If it is slow to materialize, the project is still relevant. If all goes well, it should begin with the creation on January 1, 2023 of an experimental public establishment (EPE).

[Conférence de presse] The 7⃣ members of the #ProjectUniR announced through their political coordinator David Alis, president of @ UnivRennes1, the creation of an experimental public institution in #Rennes in 2023 with the support of @metropolerennes @regionbretagne @acrennes #TERM pic.twitter.com/ROwDfIniYf

President of Rennes 1, David Alis sees this as “the culmination and the starting point” of a project aimed at “bringing out a major research and training university recognized internationally”. To see more clearly and decipher this university jargon, 20 Minutes takes stock of this marriage between universities and grandes écoles… which will ultimately not be one.

When did this regrouping project go back to?

It all started with the aborted merger between the universities of Rennes 1 and Rennes 2 in 2015. Wishing to create a major university center in the Breton capital, the two presidents at the time had decided to combine their establishments for 2016. But the project created tensions within the university community and was eventually buried. Despite this failure, Rennes 1 and Rennes 2 have not drawn a line under their rapprochement.

In 2017, a project to bring together the two universities and four schools (School of Chemistry, Ecole Normale Supérieure, Insa and Sciences Po) around a common establishment thus resurfaced. The merger was then to be effective in January 2019. A name had even been found for this new entity,
UniR for University of Rennes, but the project has been delayed, the failure of the University of Brittany-Loire, dissolved at the end of 2019, having reshuffled the cards. In September 2021, the six establishments, joined in the meantime by the School of Advanced Studies in Public Health, finally sealed their alliance by signing a territorial coordination agreement.

What is this UniR project?

Make Rennes a major university center recognized nationally and internationally. Here, on paper, is the stated objective of this grouping. United under the same banner, the two universities and the five Grandes Ecoles weigh heavily: 60,000 students, 7,000 international students, 1,700 doctoral students and 156 research laboratories. A strike force which should allow Rennes “to strengthen its attractiveness and its visibility”, according to Olivier David, vice-president of the Brittany region in charge of higher education and former president of Rennes 2. “We must be in the 400 first establishments in the world”, assures David Alis, highlighting “the synergies and complementarity between establishments”.

Why is this reunion not a marriage?

Not yet born, the future great university of Rennes took a serious hit on the head in October. By a clear majority, the board of directors of Rennes 2 indeed voted against its integration as a “component” of the future entity. “We remain associated with the project, but as a partner”, underlines its president Christine Rivalan Guégo. By refusing to marry, Rennes 2 will thus retain its name as well as its legal and moral status. It will be the same for Sciences Po, the Ecole Normale Supérieure and the National School of Chemistry, which voted to be component establishments, and for Insa which opted for the simple status of associate. The EHESP’s position will be known at the end of the first quarter of 2022.

Only the University of Rennes 1 will therefore be transformed into an experimental public establishment and will take the name of University of Rennes. Differences which do not however call into question “this ambitious project”, estimates Isabelle Pellerin, vice-president of the metropolis in charge of higher education. “The reflection was long but it resulted in a balanced project that respects everyone’s identity,” she says.

What are the next steps ?

Before the experimental public establishment sees the light of day on January 1, 2023, its members, components or associates, will first have to draw up over the next few months the statutes of this future establishment in order to define its operating principles and the role each will play. The vote should take place “by the end of the summer”, specifies David Alis. The EPE will then have until 2027, when the experimentation will end, to prove itself. We will then see if this regrouping leads to a marriage, or a divorce…