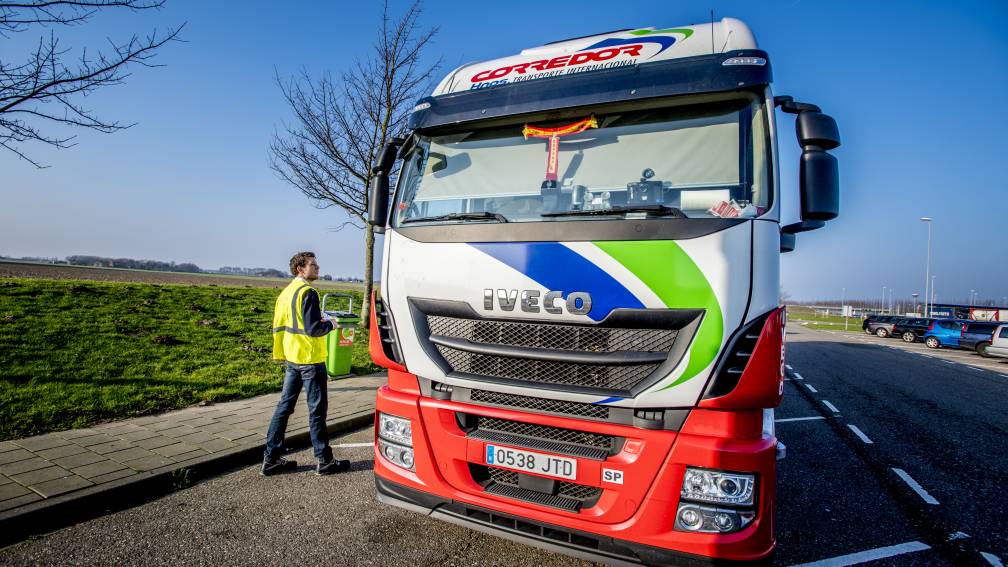 From 2 February, all truck drivers must enter a new country code in the tachograph in accordance with European rules as soon as possible after crossing a country border. This rule is intended to be able to detect and tackle labor exploitation.

A tachograph records driving and rest times, distance traveled and the speed of the vehicle, among other things.

The mandatory action, including driving on and off, takes about five minutes, but according to the transport sector, it may have major consequences. It is feared that the rest locations near border crossings will be overloaded.

About 96,000 trucks cross the Dutch border every day, TLN estimates based on government figures. “On the A67 at Venlo alone, this is about 14,000 trucks a day. If they will soon stop en masse at the border or the same resting place or gas station just after the border, the small number of parking spaces will be full in no time,” says TLN.

It is good that the sector is sending out this signal, says the Ministry of Infrastructure and Water Management in a response. “We take this seriously; we will keep a close eye on the situation at the borders in the coming period.” An emergency lane or exit lane is emphatically not a suitable stopping point, says the spokesperson.

Furthermore, according to TLN, the mandatory stop leads to unnecessary CO2 emissions and additional costs for employers. That is why the interest group advocates that drivers only have to stop at the next planned break and not at the first possible stop, as prescribed by EU rules.

The ministry points out that the Netherlands has simply agreed to the European package of measures, which includes the introduction of the country code. This package should ensure that truck drivers can work under better conditions and are also paid fairly.

“In order to be able to demonstrate that as a foreign driver you provide transport services in the Netherlands, and to ensure that the driver receives the correct wage, it is important that the data in the tachograph (including border crossings) is correct.” The Human Environment and Transport Inspectorate (ILT) can then check this data and act where necessary.

The problem outlined by the TLN will in any case be solved by 2025. In that case, the use of a smart tachograph is mandatory, which automatically enters the new country code as soon as a border is crossed. From August next year, the smart tachograph will be mandatory in all new trucks.