The viral video of the Dubai Expo 2020: a stewardess on top of the Burj Khalifa and the incredible aerobatics of the A380

The Emirates airline published a shocking video on Tuesday showing how it filmed its latest ad to promote the 2020 Dubai World Expo.

The video, shot in October 2021, shows an Airbus A380 flying around a stuntwoman dressed as a flight attendant standing on top of the Burj Khalifa.

Nicole Smith-Ludvik climbed 828 meters to the top of the building’s spire, dressed in a skirt, heels, and the typical airline hat and scarf. Then the plane, specially painted with the Expo logo, flew behind her while holding a series of banners with messages to advertise the event that will end on March 31 this year. Nicole Smith-Ludvik climbed 828 meters to the top of the building’s spire, dressed in a skirt, heels and the typical airline hat and scarf (Photo: Emirates)

How they did it?

The Emirates project started on a drawing board. The airline then coordinated with various companies and agencies in the United Arab Emirates to obtain the necessary permits to complete the flight.

Every aspect of the mission was planned, from where the flight would go to the possible impact of the wind. Emirates coordinated with the Dubai authorities to ensure the necessary airspace was closed to all other traffic. The airline also scheduled the stunt outside of Dubai International Airport’s peak flight times to ensure it did not affect passengers.

Before pilots flying past the world’s tallest building had the controls in their hands, the flight had been choreographed and rehearsed in the simulator many times.

Once all the necessary pre-flight training and clearances were completed, it was time to film the stunt.

On October 13 and 14, the A380 flew over Dubai for several hours. In total, he walked past the Burj Khalifa 11 times to make sure the camera crew got the exact shot he needed. 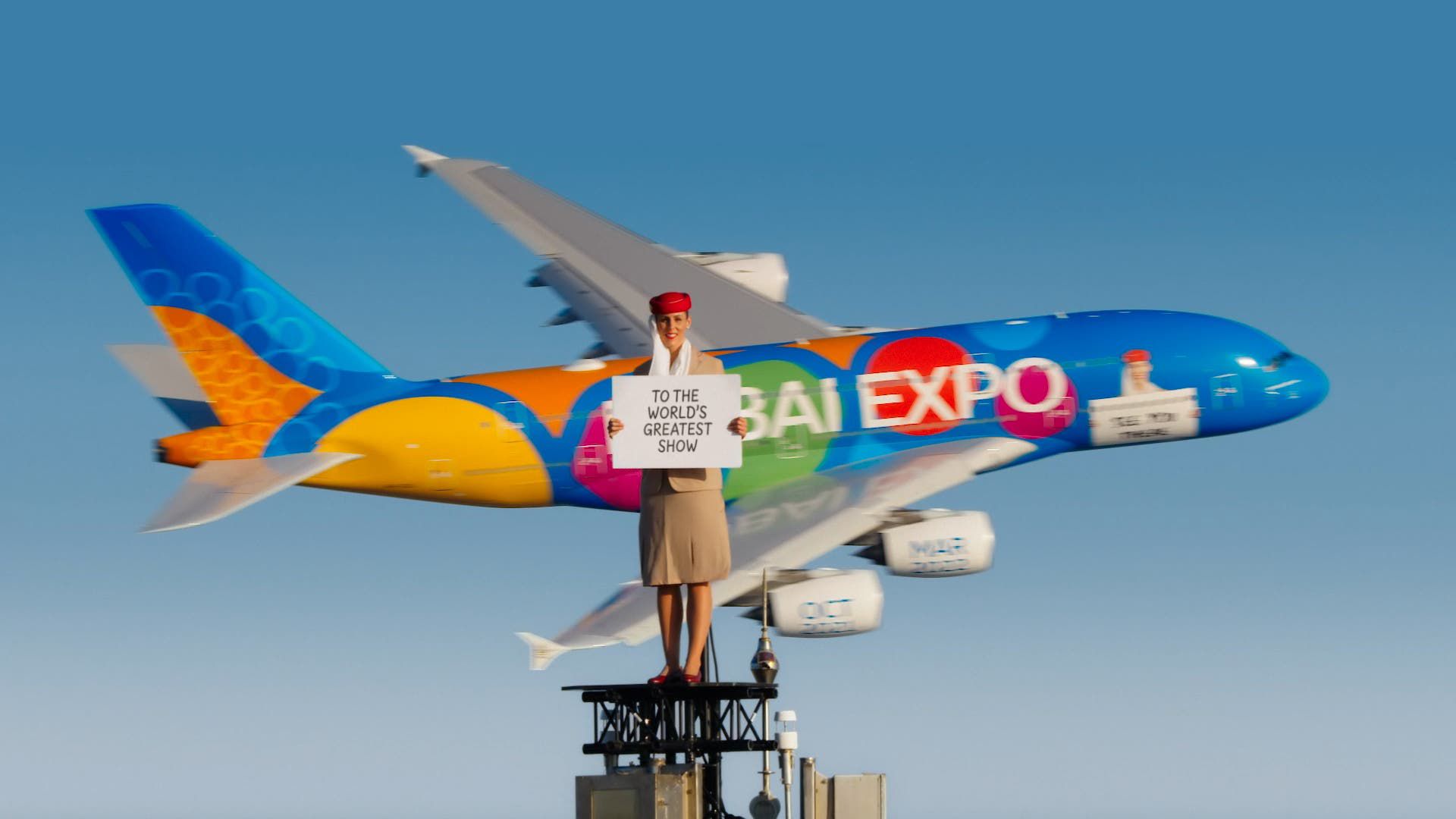 The plane passed in front of the Burj Khalifa at its exact height, 828 meters, to ensure that the plane would be right behind the skydiver-stewardess. While it looks pretty close, the size can be deceiving. According to the airline, the gigantic A380 flew about 800 meters away from the tower.

As it circled around the tower, the giant plane was flying at 145 knots (269 km/h, 167 mph). This is much slower than the plane normally flies, except when it is about to land. According to the magazine Smithsonian, an Airbus A380 typically crosses the end of the runway at 140 knots before landing at about 130 knots, depending on its landing weight. Meanwhile, Emirates noted that the plane has a typical cruising speed of about 480 knots (890 km/h). 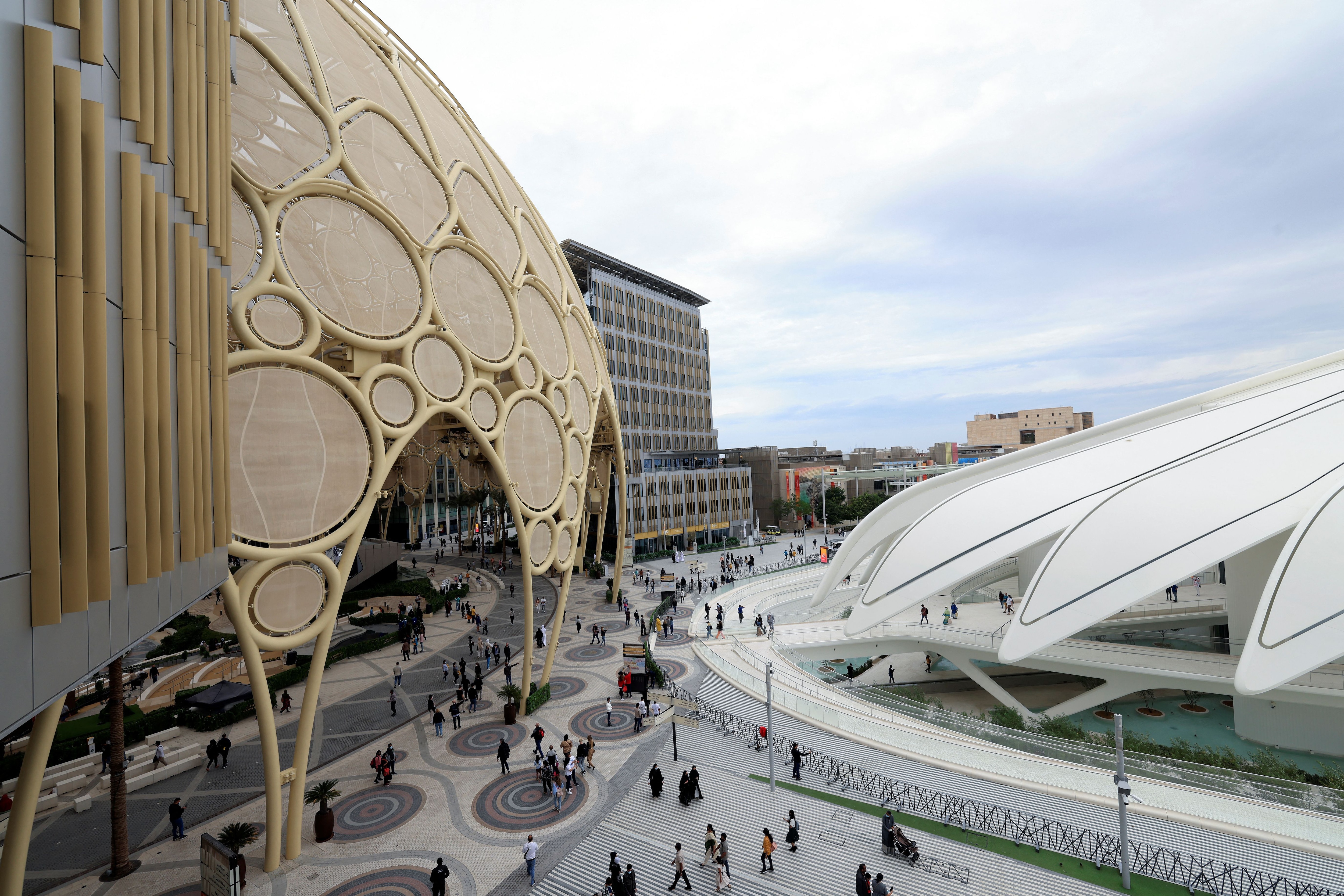 The whole campaign aims to attract people to visit the World Expo, which started on October 1, 2021 and will be held until March 31 this year in the south of Dubai, near the Dubai Central World Airport ( DWC).

“Now halfway through its six-month run, the excitement and momentum around Expo 2020 Dubai remains strong,” said Emirates Chairman Tim Clark. “Our latest campaign boldly carries the message of the Expo and invites people to come and experience what is truly the greatest show on earth.”

This is not the first time that Emirates has used an Airbus A380 for high-profile stunts.

The 2019 Dubai Air Show opened with one of these superjumbos flying at an altitude of just 1,000 feet (300 meters) in formation with 26 planes from the United Arab Emirates’ Al Fursan airshow team.

The A380 was developed at a cost of USD 25 billion. With capacity for up to 853 passengers, it is the largest mass-produced civil aircraft in history.

The double-decker was popular with customers but expensive to operate, and Airbus announced in 2019 that it would discontinue production. The last A380 was delivered to Emirates, its main customer, at the end of last year.

Emirates has 115 of the giant aircraft in its fleet.

The ranking of the best airlines in the world in 2021

Tension on an American Airlines plane in Honduras: a passenger broke into the cabin and destroyed the flight controls

Your face is, or will be, your pass to board a plane