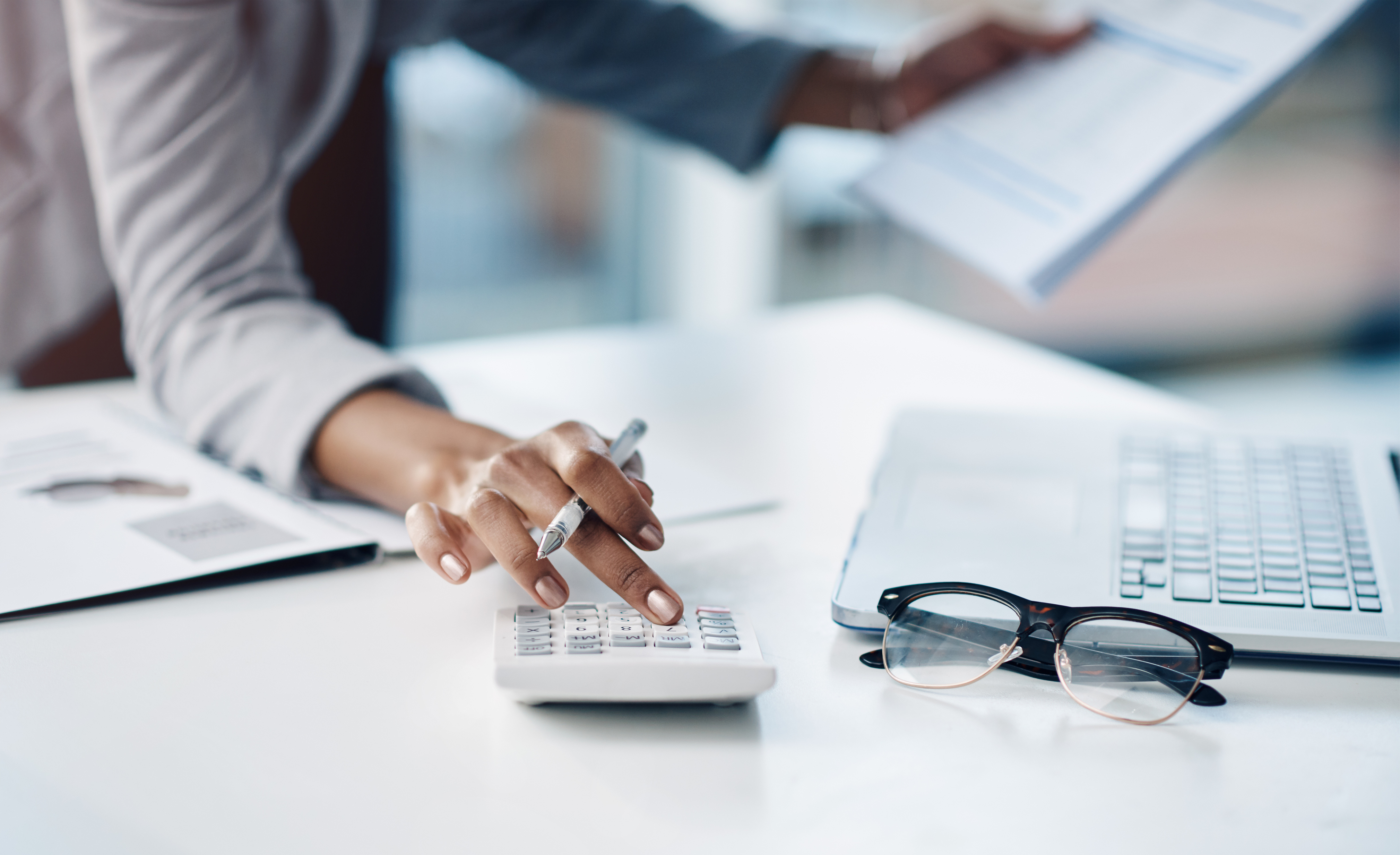 This year starts with new purposes and new rules in fiscal matters. The General State Budgets (PGE) have transformed several aspects of the taxes that companies and the self-employed will have to face. Next, it is detailed by the hand of four experts what are the main tax changes of 2022 and what effects they will have.

With the aim of favoring company pension plans, the Government has introduced some novelties in the PGE. For the second consecutive year, the tax benefits of pension plans individual. The contributions that a person can make to their pension plan fall by 500 euros, to 1,500 euros, so they will be entitled to a lower deduction – in 2021 they already experienced a cut of 6,500 euros.

In business, however, they increase. The objective is to promote employment pension plans over individual ones, says Elizabeth Malagelada, a partner in the Fiscal Area of ​​Cuatrecasas. This expert who will participate in the webinar Taxation for the company: legislative and jurisprudential developments, organized through Banco Sabadell’s HUB Empresa, highlights that it will be the companies that have the key to open the door to these incentives from now on. The maximum contributions to company pension plans with the right to deduction rise by 500 euros, up to 8,500 euros.

Taxation for the company: legislative and jurisprudential developments, with Mireia Marimon, director of the Corporate Tax Office and Network of Banco Sabadell and Elizabeth Malagelada, partner of the Cuatrecasas Tax Area. Organized through Banco Sabadell’s HUB Company. When: January 20, at 4:00 p.m.

The total amount with tax benefits for an employee is maintained at 10,000 euros per year (1,500 euros for the individual pension plan added to 8,500 euros for that of your company).

This new scenario also affects self-employed workers, subject to the limit of 1,500 euros, but in their case they cannot make contributions to employment pension plans because they are not employed. “The limit of 8,500 euros provided by the rule could only be enjoyed if they themselves promoted an employment pension plan for their own benefit and that of their employees -if they had them-, a situation that is rare in Spain,” says Malagelada.

Employment pension plans are private savings products and are promoted by companies for their workers to enjoy. Companies that offer their employees this type of savings insurance favor the retention and attraction of talent. “They have existed in Spain since 1987 but they have not developed as much as individual pension plans,” says Mireia Marimon, director of the Corporate Tax Office and Network of Banco Sabadell, who will also participate in the webinar. “The Government wants to promote this retirement savings product, and that is why it transfers the maximum tax incentives here,” he adds.

Minimum rate of 15% for large companies

Another of the fiscal novelties of the PGE is the creation of a minimum rate of 15% in corporate tax for companies that invoice more than 20 million euros, in line with what was agreed by the Organization for Economic Cooperation and Development (OECD) to prevent countries from competing to attract companies by offering lower and lower taxation.

The OECD directive and the measure adopted by the Spanish Government go along the same lines, but they are not exactly the same, as Malagelada explains. “While the OECD regulations apply to companies with revenues of more than 750 million euros per year, the Spanish regulations affect those with a net business amount of at least 20 million euros or that are taxed under the consolidation regime. [un modelo que considera a varias compañías unidas un sujeto único a efectos del impuesto sobre sociedades]. Therefore, its scope is much greater.

Another difference with the OECD directive is that in Spain the possibility of reducing the full quota through rebates and deductions is offered, with a limit of 15%. “In conclusion, the Spanish standard applies to a greater number of companies, but it is less burdensome,” says the partner of the Cuatrecasas Tax Area.

The general rate of Corporate Income Tax in Spain is 25%, while the effective rate (what non-financial companies actually pay after adjustments and deductions) stands at an average of 21.31%, of the base taxable, according to data from the Tax Agency for 2019. There are companies that take deductions to very low levels, between 12% and 14%, according to the Union of Technicians of the Ministry of Finance (Gestha), and for that reason a minimum rate of 15% has been established. But few organizations get to reduce their type that much. The treasury calculates that in Spain only 1,070 large companies pay taxes below 15% of the tax base.

Malagelada indicates that its impact is likely to be restricted for all practical purposes. Based on government data, these thousand companies that will be affected will contribute some 400 million euros more per year. Marimon points out that we will have to wait a while to assess this measure.

Promote entrepreneurship with the ‘startups’ law

In the last year, several provisions have been adopted to favor the creation of companies. Among them, it is worth highlighting those contained in the Law for the Promotion of the Ecosystem of Emerging Companies. It is known as the law of startups”, describes Roberta Poza, partner in charge of International Taxation at PwC Tax and Legal. “This law introduces interesting novelties in terms of personal income tax [Impuesto sobre la Renta de las Personas Físicas], such as the extension of the maximum limit of the exemption from remuneration in kind”. Until now, the limit for paying workers through the delivery of company shares was 12,000 euros and the new rule extends it to 50,000 euros.

The deduction for investment in newly created companies is also increased, from the current 30% to 50%. “Which represents an increase in the base on which the deduction can be applied from 60,000 euros to 100,000 euros,” says this expert. These and other measures, which are similar to those of surrounding countries, according to Poza, aim to promote the creation of startups and attract and retain talent. This law was approved by the Council of Ministers in December and is expected to come into force in mid-2022.

Along these same lines, with the aim of promoting the creation of companies, the PGE also introduce a reduction from 15% to 10% of the minimum taxation required in corporate tax for newly created organizations. Luis Blanco Pascual, dean of the Faculty of Business Studies at the University of La Rioja (UR), is optimistic. “This measure is one of the most interesting. The objective is to stop the destruction of businesses caused by the situation derived from covid-19. It is going to have a positive impact both on the creation of companies and on tax collection.”

News in the fight against tax fraud

Law 11/2021 on Measures to Prevent and Fight Tax Fraud introduces modifications in this matter. Luis Blanco Pascual, dean of the Faculty of Business Studies at the University of La Rioja (UR), highlights an important change: the reduction of fines for late payment.

The system of fines received by taxpayers for filing their taxes after the deadline has been reformed (provided it is motu proprio and not caused by the Administration) and whose official name is surcharge for extemporaneous declaration without prior requirement. “In general terms, there is a reduction in the amount of these surcharges and, in addition, the conditions are established in which it may not even be requested”, highlights this expert. This means that the fine will be less. The purpose is to promote and facilitate the regularization of taxpayers who are not up to date in complying with their tax obligations.

The list of defaulters also reduces the amount owed from one million to 600,000 euros. In this way, individuals or legal entities that have smaller debts with the Treasury will be publicly exposed, which will serve as an incentive to resolve them. “The amounts for which they are jointly and severally liable will also be included in the list, not only for their own debts, an important nuance,” argues Blanco Pascual. In addition, computer programs of double software, which allowed parallel accounting. The Tax Agency calculates that companies hide around 200,000 million euros a year through the use of these programs.