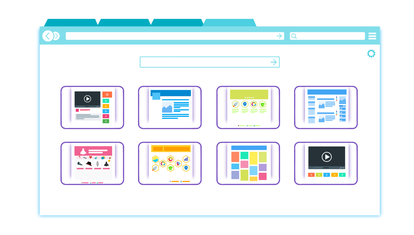 If you wander around the internet with your browser cluttered with pages open in different tabs, you’re not alone. This navigation model began to be introduced more than 20 years ago to allow more flexible query management. But not much has changed since then. “At that time, the internet was the size of Madrid, now it is ten times the size of the earth. And we continue to use the same tools”, he reasons. Aniket Kittur, a researcher at the Human-Machine Interaction Institute at Carnegie Mellon University. The cost of launching into this immensity in a little nutshell boat is that we can’t keep up.

Not only are we handling an incomparably larger amount of information and services. Now we also carry out many more tasks in parallel: we chat, we buy, we read, we write, we play… We start by opening a tab for email, we open another one for some instant messaging application, one more for searches, maybe another couple with YouTube, Spotify or any social network; and as soon as we start we already have five pages in the background. “On mobile the challenge is the same, but often much worse. It’s much more difficult to switch between tabs or take notes,” adds Kittur.

According Quelic Berga, teacher of the Computer Science, Multimedia and Telecommunications Studies of the UOC, part of the problem is in ourselves. “It has to do with our times and our human nature. Marissa Meyer, responsible for some of Google’s user experience successes between 1999 and 2012, made it clear that we are able to remember three things well, some of us can remember five, and very few people can remember more than seven. Accepting that, it is evident that it is not advisable to open more than five tabs, but if that were true, this article would not have attracted anyone’s attention.

Opening more pages than we can manage effectively causes difficulties in finding information, distractions and loss of productivity, which in turn causes stress in the user. If you’ve ever felt anything like it, you were suffering from the phenomenon known as lash overload. “The user feels overwhelmed and stressed, and makes worse decisions because they can’t make sense of everything they’re seeing,” explains Kittur.

The users most exposed to suffering the consequences of tab overload are those who work with knowledge: analysts, researchers, programmers… “Anyone who often juggles half a dozen projects between which they move day by day” , specifies the researcher. In addition, this style of navigation spreads from the work environment to the staff: we also open dozens of tabs when we are looking for information to make renovations at home or planning vacations.

Why is it so hard for us to close one page before opening the next? Kittur and his team have identified a duel of opposing forces. On the one hand, the limits of our attention, the space of the screen and the power of our devices join the social pressure to be organized in a cocktail of compelling reasons why we should get rid of as many tabs as possible.

On the other hand, we feel the need to leave them open because we want them to be a reminder, a task for later or a reference that we want to consult again; and the aspirations to process more information than we are capable of assuming, the doubts about whether some content is relevant or not, and the intention to build a model of what is happening in our mind based on the combination of tabs, windows and even screens. “The fact of knowing that we can open infinite windows without it affecting our browsing experience too much unleashes gluttony and the desire not to lose anything”, summarizes Berga.

In Kittur’s opinion, the proposals that have been emerging, with platforms like Pocket to save content for later, or the possibility of grouping tabs in Google Chrome, are not enough to solve all aspects of the problem. In his research group, they have spent years trying to overcome the limitations of the browser based on the infinite tab system. “There are like a thousand things that we have tried that initially seemed like a good idea and then turned out to be insufficient,” he admits.

The most complicated thing, he explains, is to get a tool that allows us to organize the contents around each task and easily move from one to another. In addition, he considers it necessary for the browser to implement the possibility for users to build (and even share) their own mental models by combining the parts of the visited pages that interest them without being forced to copy and paste pieces in a separate document. “We are now in closed beta with a browser extension called Scheme that tries to do those two things”, he comments. “What we are trying to do is create systems that conform to the way the human mind works.” 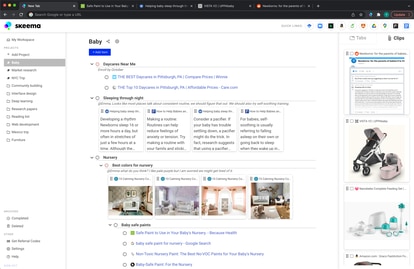 In any case, both he and Berga agree that the reign of tabs is still expected to be long, at least as far as the main browsers are concerned. Changing a system that has been taking root in our customs for two decades, the customs of hundreds of millions of users, is risky. “There is enormous pressure from Google, Apple and Microsoft to make their browsers the default. Innovation is often limited by this battle”, points out the UOC professor.

Until the model arrives that allows us to leave tabs behind and gain a foothold on the dominant platforms, Berga encourages us to take control of “the battle that is waged daily on our desktops” and seek a balance between our ability to organize ourselves and the of managing information, between the intense flows of pages we visit and the capacity of design to help us manage them.

Tunnel closed by two sick people: how vulnerable are our facilities?

“That’s how easy I got scammed at Wallapop. And the scammer is still active”

The end of passwords? The big technology companies join forces to eliminate them