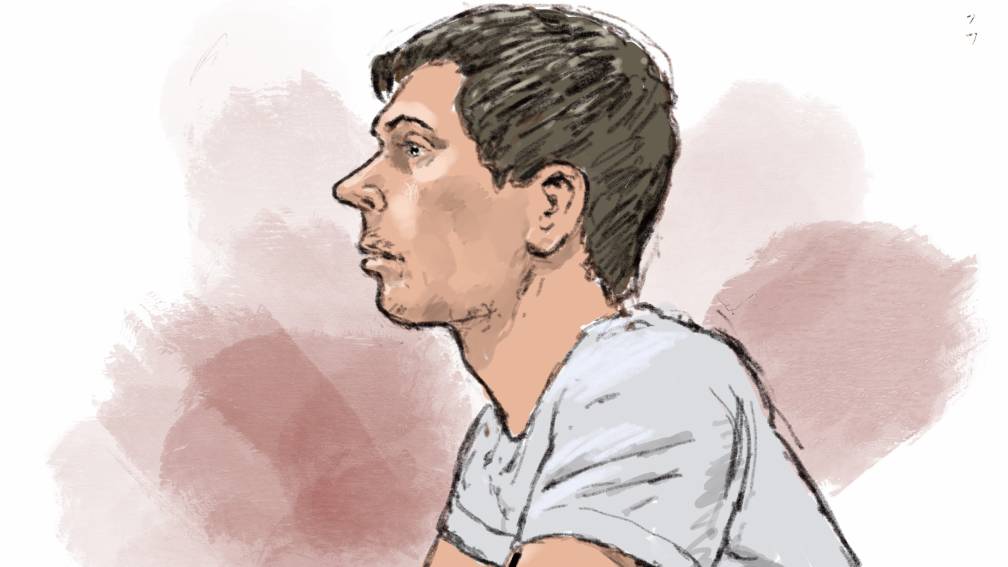 The man who stood with a burning torch at the house of D66 leader Sigrid Kaag at the beginning of this month has been sentenced to six months in prison. The police judge also prohibits him from making contact with members of the Rutte IV cabinet and with RIVM director Jaap van Dissel.

His partner, Eline van ‘t N., was given four months in prison and also a contact ban. The sentences are lower than the requirements of the Public Prosecution Service, which were nine months for both.

The 29-year-old Amsterdammer Max van den B. shouted threatening texts at Kaag’s home on Wednesday evening 5 January with a torch in his hand. The police arrested him and Kaag filed a complaint against him because of the intimidating and threatening situation.

The man was arrested several times in the past year for various criminal offences. He was arrested a week earlier when he was standing in front of the house of caretaker minister Hugo de Jonge.

The judge says he wants to send a signal with the conviction. He says there is no doubt that it has been a terrifying experience for Kaag and her family.

“Kaag has not been an arbitrary target. You had to have her because of her role in politics, because of her ideas with which you disagree. But this is not the way. If you do not agree with a politician’s ideas, then vote for someone else or express your disapproval in a peaceful manner.”

The magistrate also said that their actions could “disrupt the democratic process”. “And that’s especially true at a time like this, when politicians are already being threatened from all sides. Add to that the fact that you filmed this. There’s a certain incendiary aspect to it.”

The judge also said he wanted to send out a signal. “To the suspects, but also to others. They think that a battle with the government should be waged. You may think that, but it must be clear that violence and threats of violence are intolerable.”

Van den B. argued in court that his intention is to change politicians’ minds. He says he wakes up every day thinking that there is a Third World War: “Stop this massacre”. He also said that he does not regret his action. “I am 100 percent behind the video and behind the torch. I have not threatened anyone.”

His lawyer asked for an acquittal. According to him, there was no threat, but Van den B. simply wanted to talk to Kaag and he wanted his protest to be seen and heard. According to the lawyer, the torch stood “for freedom and light in darkness”.

The police in Amsterdam also arrested 44-year-old Eline van ‘t N. a few days after the flare incident. She filmed Van den B.’s action and then broadcast the images live via social media. According to the police, the woman also filmed through a window in the facade of the house in Kaag’s home.

Both suspects deny this. “I took the phone from Eline’s hand. She did not want to film inside and I did,” said Van den B. Van ‘t N. said that she did not want to film at Kaag’s house anyway. “My feeling immediately said: we are not going to livestream and I let Max overrule me. If Max has something in his head, Max is no longer accessible to the outside world.” Van ‘t N.’s lawyer argued that “the will to threaten” was lacking.

The judge did not agree and therefore sentenced her to four months in prison.

In the case, the public prosecutor also read a statement from Sigrid Kaag. “I had great fear that that man wanted to throw that torch inside us,” she said. “I felt more insecure than when I lived in war zones.” Van ‘t N. said he could imagine this well, because politicians should not be visited at home.

Max van den B. does not agree. “I live in a war zone myself. Because of her,” he said. He denies that he threatened. “I started speaking Dutch politely to her. And I don’t want to silence her at all. I just want to talk to her.”

Both suspects were also convicted of threatening ex-top official of justice Joris Demmink in October. Demmink has long been dogged by allegations of sexual abuse of boys.

At the De Witte society, where he often comes, they asked about him and said they are looking for pedophiles. Van den B. and N. said that they want to commit a civilian arrest and that the death penalty will follow if Demmink does not cooperate.

Canicular May in Spain with temperatures above 40 degrees