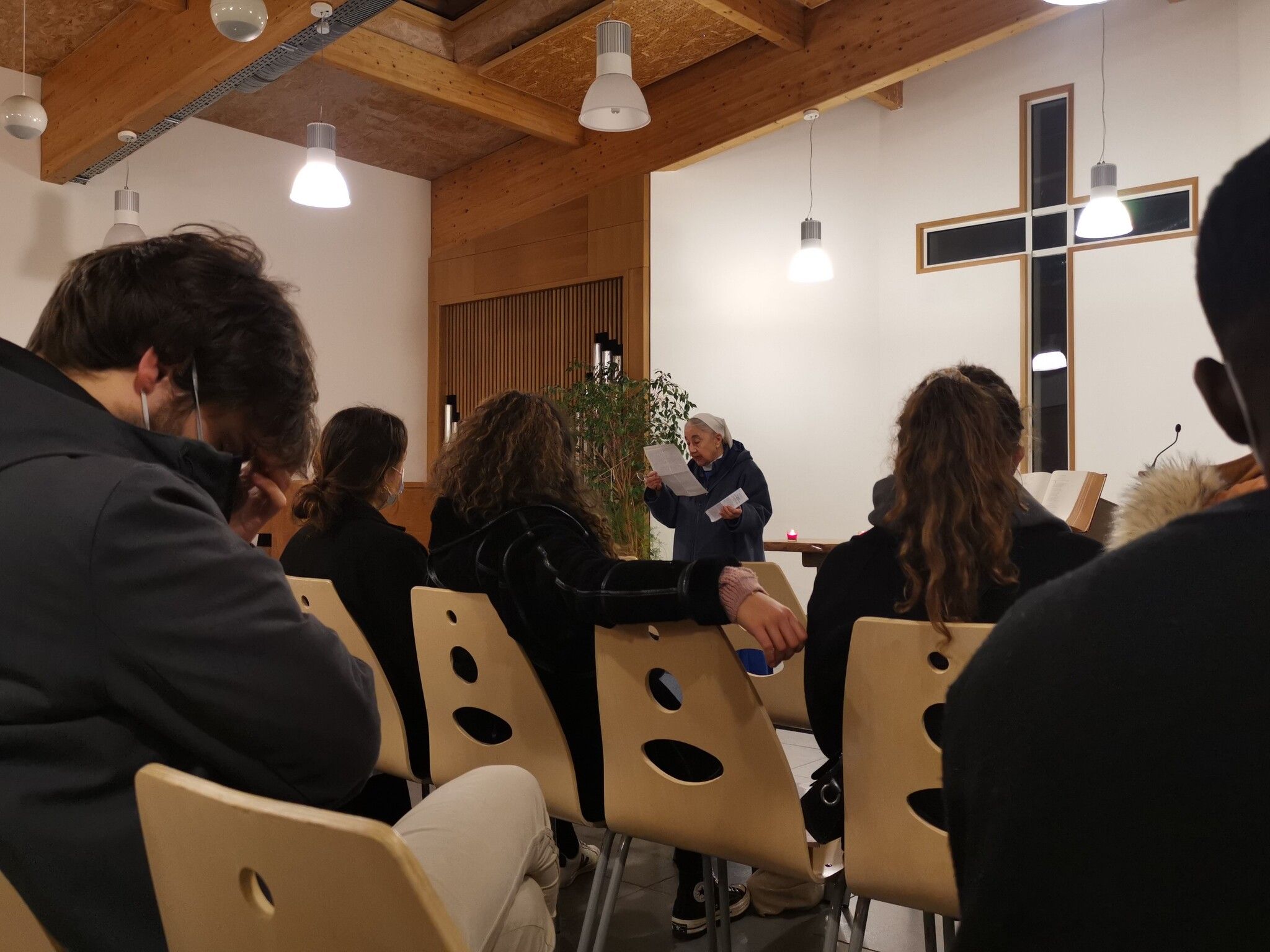 The cupboard in the living room of the shared apartment in Montigny-le-Bretonneux (Yvelines) contains two cleverly highlighted works: the biography of Martin Luther and the latest work by Pope Francis. “It’s a provocation! jokes Pero, one of the roommates, a young Croatian Catholic who is studying theology.

With another Catholic and two Protestants, he lives in an apartment, a former presbytery adjoining the temple of the United Protestant Church (EPUdF) in Montigny. This Tuesday evening January 18, on the occasion of the beginning of the week of prayer for Christian unity, they welcome most of the other members of the ecumenical shared accommodations – between Catholics and Protestants since no Orthodox currently live there – from La Unity house.

In the middle of a joyous crowd appears the small silhouette of Sister Bénédicte, a deaconess of the hospital of Reuilly, in the 12th arrondissement of Paris, kingpin of the association. It is she who selects the roommates “who already have ecumenical experience”. Another woman is behind La maison d’Unité, Isabelle de Soyres, a mother worried about her children’s lack of enthusiasm for ecumenism.

“She went to see the sisters of Sainte-Clotilde (now the sisters of Saint-Joseph, editor’s note), the Catholic convent next to us, with the idea of ​​setting up an exchange between young Christians, explains Sister Bénédicte. The mother superior lent him an office and the association was born. »

After two years of ecumenical prayers, the idea of ​​colocations took shape and materialized in 2013. The association recovers premises from unoccupied Catholic congregations and Protestant presbyteries to offer them at a lower cost to young people. Almost ten years later, La maison d’Unité has eleven shared flats and around thirty inhabitants, aged 20 to 35, in Paris and the Paris region.

Regret that “ecumenism no longer interests many people”

Every Tuesday, all the flatmates of the association share a meal, attend a lesson on the different Christian denominations, followed by an evening of prayer. “The time of praise led by Malagasy Protestants was great! “recalls Alban, Catholic roommate of Montigny. Sarah, Protestant, communication student, remembers the exchange with an Orthodox priest.

This January 18, no teaching but a time of prayer hastily prepared in the adjoining Protestant church with a dozen parishioners. After a reading of the Epiphany Gospel and Protestant songs, the intercessory prayer is read by Cecilia, who has come with her Protestant husband. Catholic, she goes to worship frequently, and vice versa. However, she regrets that “ecumenism no longer interests many people”.

“At home, we do not put ecumenism forward”, confirms Willy, another roommate of Montigny. The family in Guadeloupe of this student lawyer is divided between two confessions: his father is Catholic, his mother evangelical, like him. For Willy, the unity of Christians goes without saying. Alban, her Catholic roommate, is more reluctant to go to the temple. If culturally he feels close to Protestantism, he is less sensitive to their way of celebrating.

An observation shared by Anna, an Austrian Catholic student: “Evangelicals, for example, talk a lot during worship. Accustomed to stays in Taizé, she wanted to experience daily life with other Christians. For these roommates, the main thing is to “live together” – faith not being at the center of all discussions –, to understand and open up to others. As a symbol, during an ecumenical celebration of Christmas, Pero and Samson-Emmanuel, roommates Catholic and Protestant respectively, preached together.