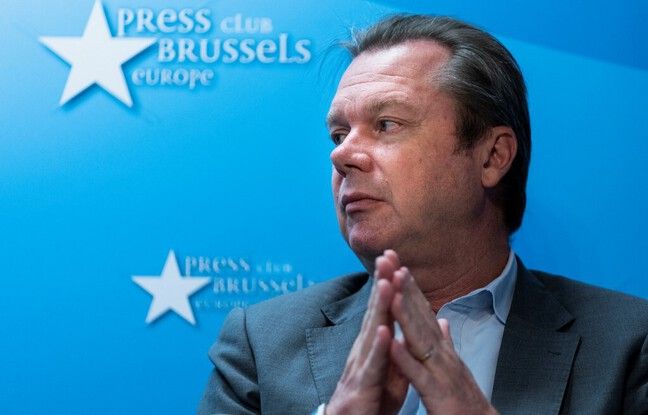 National Rally MEP Jérôme Rivière, who was one of the spokespersons for Marine Le Pen’s presidential campaign, has joined the team of other far-right candidate Éric Zemmour, the person announced to the press. Parisian, this Wednesday evening.

“I chose to support Éric Zemmour,” Jérôme Rivière told the daily. “Marine Le Pen is not in a position to win the presidential election”.

The elected official specifies that he will become vice-president and spokesperson for the Reconquest party of Éric Zemmour, like the ex-LR deputy Guillaume Peltier, who also joined the former editorialist. Jérôme Rivière says he resigned from the RN and from his post as head of the RN delegation within the Identity and Democracy group in the European Parliament. This departure is part of the “vicissitudes” of a campaign, it was a “very embittered profile”, indicates the entourage of Marine Le Pen.

Former UMP deputy for the Alpes-Maritimes, Jérôme Rivière was also a member of the national office (extended management) of the RN. He was Marine Le Pen’s campaign spokesperson for the foreign press. Éric Zemmour, currently down in the polls behind the RN candidate, “has aroused significant enthusiasm and made a courageous choice. I have a duty to make one too, ”said the MEP.

A friend of Steve Bannon

Jérôme Rivière says he does not believe “that Éric Zemmour is brutal”, as Marine Le Pen asserts. “He is sometimes radical because he poses political terms in a crude way, but in no way brutal. He has this ability to unite that Marine Le Pen does not have. He can do what he calls “the union of the rights” between conservatives and populists.

Jérôme Rivière had traveled to the United States several times for the RN, including to follow the last days of Donald Trump’s campaign in 2020. He knows his former adviser Steve Bannon well. He was one of the RN officials who had relayed on social networks the accusations of fraud by Donald Trump, who considers that his Democratic rivals “stole” the American presidential election from him.