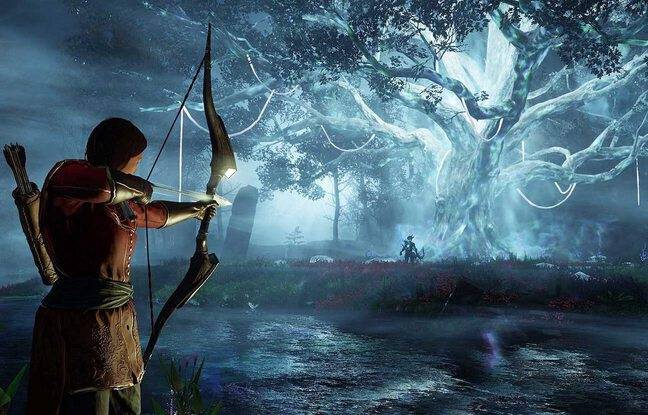 Released on September 28, New World, Amazon’s MMORPG and umpteenth (ultimate?) attempt by the giant to enter the game, has established itself as one of the successes of 2021. The Steam platform recently unveiled
top 100 sales of last year, in gross turnover, and among the so-called Platinum games, we find the essentials DOTA 2, Counter-Strike, GTA V, PUBG, but also, therefore, the newcomer New World.

Well, small, so to speak, as the game was given a $100 million budget at launch, with pressure to succeed despite other projects being canceled and production delays. “We put a lot of pressure on ourselves, because we wanted to offer the best game possible to players, concedes Scot Lane, the game director of New World, adding that Amazon has always been patient and supportive.

“Launching an MMO is really difficult”

Four months later, he continues “to feel the same support necessary to build the solid foundations for the years to come”. Despite complicated beginnings and overwhelmed servers. “We were touched by the response at launch, comments the game director. But with so many players, it caused long queues and we had to double the number of servers. This exposed a scaling issue that we had to work on. It should be remembered that launching an MMO is not an easy task. It’s really difficult. We’re starting to get our bearings and getting better with each update. We still have a lot of work to do, bugs to fix, operational issues to fix. »

“How “New World” wants to make a difference”

In the short term, Scot Lane and his teams are focusing on “adding more endgame activities, more variety in quests, improving game balance, and closing the current chapter in Isabella’s story”. And of course continue to build the world of Aeternum. But the players are not all satisfied, or reassured, however, as echoed by the specialized site
Millenium. If New World takes up the gameplay of the classics of the genre, it seemed to have decided to favor PvP (player versus player). However, developers are currently adding more PvE (player versus environment) content, and with it possible new bugs.

The game director is confident that his game stands out from other MMOs: “The navigation and combat are very different, not to mention the large-scale combat of War, Oupost Rush and Invasions modes. Moreover, the context of the Great Discoveries and the mythology of Aeternum create a unique atmosphere. Our blend of directed and sandbox gameplay also helps make us different. And he intends to prove it to players around the world, over many years.