Israel: Muscular eviction of a Palestinian family in Jerusalem 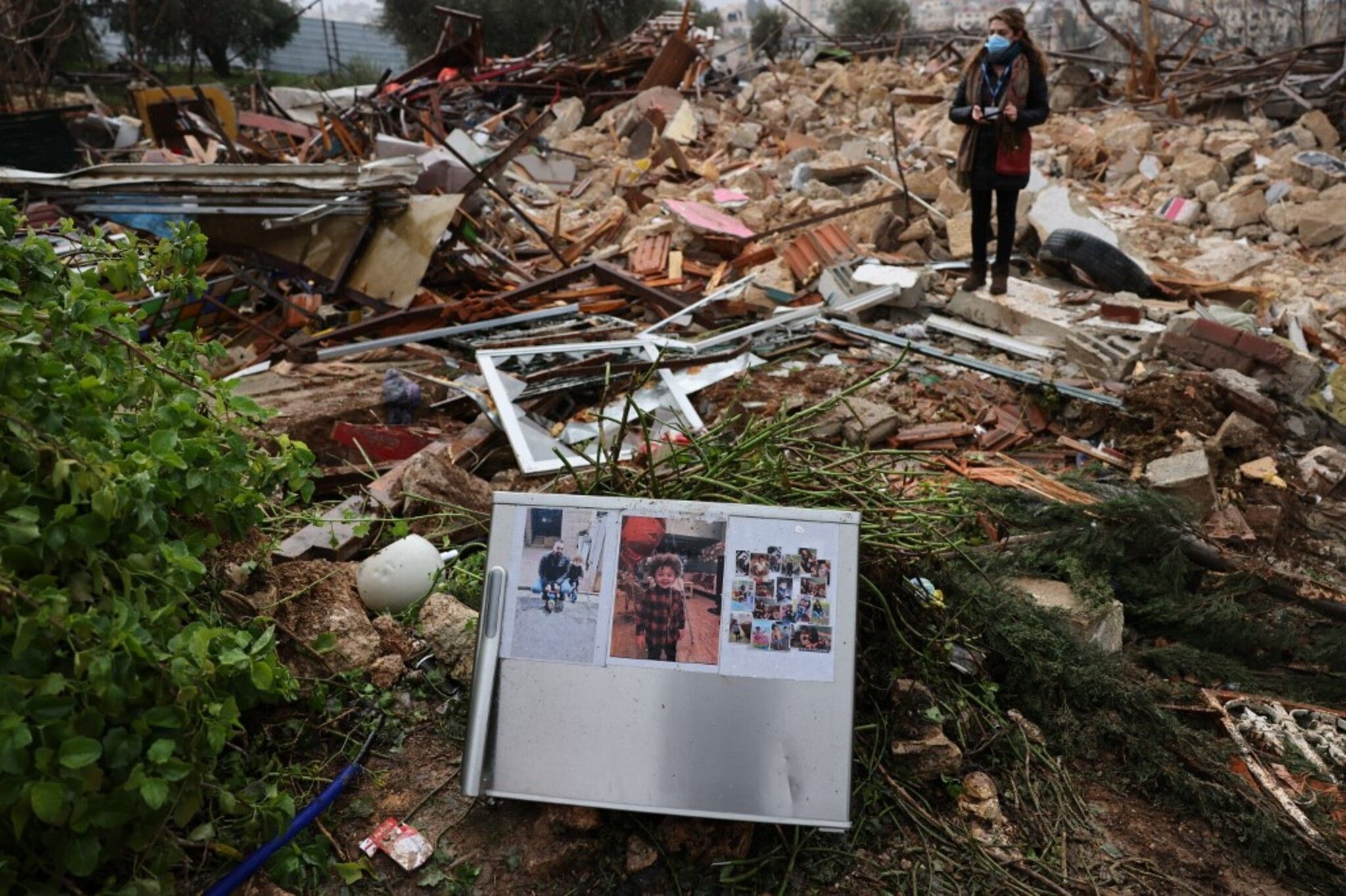 Construction machinery worked hard. Within hours, on the night of Tuesday January 18 to Wednesday January 19, nothing was left of the Salhiya family home in East Jerusalem’s Sheikh Jarrah neighborhood. In the light of dawn, in the rubble, you could see memories dripping in the winter rain: a few photos on the door torn from a fridge, books, a schoolbag.

It belongs to Aya, 9, daughter of Mahmoud and Lital Salhiya. In all, fifteen people found themselves on the street. This is the first eviction in nearly five years in the neighboring bourgeois district of the Old City. Threats of eviction in this hot and symbolic point of the Israeli-Palestinian conflict had been the spark of the last conflict, in May.

“This is occupied territory”

According to witnesses, the police arrived in force around 3 a.m. Officers blocked the streets, preventing neighbors and a few media from entering. We could hear shots and screams. Eighteen people were arrested, including four members of the Salhiya family. Several people were beaten, according to the Salhiyas.

→ ANALYSIS. In Jerusalem, a stabbing attack revives the debate on “neutralization”

Mahmoud Salhiya had however thought of winning a victory on Monday morning, when the bulldozers arrived for the first time. With a group of young people, the forties had climbed onto the roof of his home with gas canisters, threatening to set himself on fire and blow up the house. He had watched the Israeli authorities destroy the nearby nursery where he worked, then finally back down, after the arrival of the media and a delegation of European diplomats. “This is occupied territory,” said the head of the EU delegation, Sven Kühn von Burgsdorff. Any deportation to occupied territory is illegal under international law. »

The municipality defends itself against any discrimination

The Salhiyas are said to have bought from Sheikh Jarrah after fleeing the village of Ein Kerem, about ten kilometers to the west, in 1948. But their title deed does not appear in the Israeli cadastre and, since 2017, they have been fighting against a expropriation order without compensation.

The Israeli municipality, however, denies any discrimination. The plot is intended to become an educational campus containing eighteen specialized education classes and six nursery rooms. “The illegal invasion of the land prevents hundreds of children from across East Jerusalem from accessing services that the municipality seeks to provide,” the municipality said in a statement.

The fact that the expropriation is legal under Israeli law does not make it fair, says Amy Cohen of the Ir Amim organization, which documents human rights abuses in Jerusalem. She points to another vacant lot nearby, which the municipality has decided to donate to a Jewish association to build an eight-story residential Talmudic school that should accommodate hundreds of students.

On Wednesday, Aya and Lital were waiting at a friend’s house for the release of Mahmoud and the eldest son of the family. Lital is Israeli and Jewish, but her children feel entirely Palestinian. She does not yet know where they will go – they will no doubt end up, like many others in their case, in neighborhoods of Jerusalem where Palestinian life is less subject to the decisions of the municipality.

More than 200 Palestinian families in Jerusalem are currently under eviction orders, most of them in sensitive neighborhoods like Sheikh Jarrah. The activists who support them swear not to give up; but in the absence of a popular movement, their demands for support from the international community may not be heard.