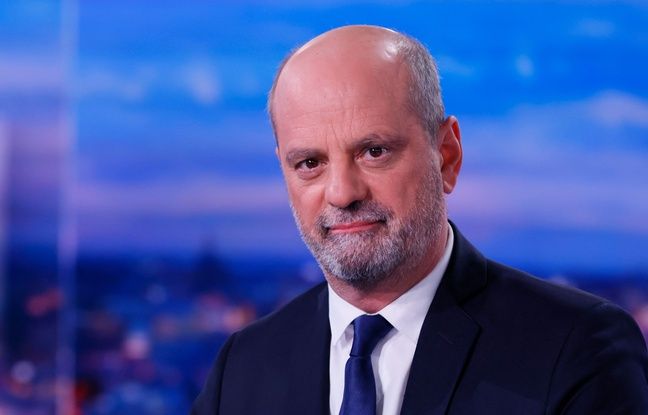 Last Thursday, many of them* went on strike against the waltz of health protocols in establishments over the past few weeks. How many will there be this Thursday? The unions FSU, CGT Educ’action, FO and SUD Education, as well as the FCPE (first organization of parents of pupils) and the high school student movements FIDL, MNL and La Voix lycéenne, called for a new day of action on 20 January to demand “strong responses” in the face of the “chaos” caused by the health crisis, and massive investments in education.

Logically, the mobilization should be less, the teacher unions SE-Unsa, Snalc and Sgen-CFDT not having joined the movement this time. “We believe that significant announcements were made after last week’s strike: the supply of 5 million FFP2 masks, an improvement in social dialogue, open budget lines for replacements and a planned consultation on the postponement of certain events. bac”, explains to 20 Minutes Catherine Nave-Bekhti, secretary general of Sgen-CFDT. “We are not calling for a strike nationally, but locally. And in addition to the planned demonstrations, there will be happenings and torchlight retreats, ”says Sophie Vénétitay, general secretary of the SNES-FSU, the main secondary school union. Other modes of action are also recommended for Thursday, the SNUipp-FSU having in particular proposed to the personnel to mobilize everywhere in front of their schools, during the meridian break, by displaying “My school is cracking” and by broadcasting the images of this happening on social networks.

But if this Thursday promises to be less chaotic than the previous one, that does not mean that the teachers’ anger has subsided. The revelation by Mediapart on Tuesday of Jean-Michel Blanquer’s stay in Ibiza just before the start of the school year in January, when the health protocol was being decided in schools, even revived the ire of his staff. A trip that had been advised against by Nicolas Revel, the Prime Minister’s chief of staff, according to AFP. “Everyone has the right to a vacation, but the timing was bad. Not being there on the eve of a very delicate return to school and announcing a change in protocol in the press proves to us the minister’s casualness and disconnection in the face of the disorganization which currently reigns in the establishments, ”comments Sophie Vénétitay.

“This episode was perceived as a form of levity on the part of Jean-Michel Blanquer. As if he hadn’t taken the measure of the Omicron wave, when we launched a social alert in November to warn of its effects on the ground,” adds Catherine Nave-Bekhti. “This sequence can give the impression of a minister who privileges his private interests over collective interests. It’s never good when a minister doesn’t seem fully up to his task in times of crisis. A bit like in 2003, when the Minister of Health at the time, Jean-François Mattei, spoke about the heat wave in a shirt in the garden of his Var residence, ”analyzes Frédéric Dabi, the director general of Ifop .

The fact that the minister acknowledged this Wednesday on TF1 that this stay was “perhaps a bit of a mistake” did not calm people down either. Especially since he added that he refused to serve as a “scapegoat” for his detractors. “It was a ‘Me, I’ interview. We would have liked a little more humility,” castigates Sophie Vénétitay. “He made the effort to quote the staff in his interview, but he remained on a very hierarchical and dogmatic view of the situation. Admittedly, he wanted to keep the schools open at all costs, but in certain classes, there are so many absentees that one wonders what meaning that has. His televised intervention may have convinced the general public, but not the parents of pupils or the teachers, ”said Catherine Nave-Bekhti.

This dissatisfaction could continue. In particular on Thursday January 27, the date on which a new strike is planned, even if it will be interprofessional and will relate in the first place to wages. “For those who doubted it, last week’s strike showed that a strong mobilization could move the lines,” insists Sophie Vénétitay. In addition, the teachers’ unions are likely to be particularly vigilant about the implementation of the measures announced by the government last week. “We will put pressure to obtain these means. And if this is not the case, we will re-evaluate our modes of action, ”warns Catherine Nave-Bekhti. For its part, the Snes-Fsu expects rapid progress on the postponement of the baccalaureate specialty exams from March to June, the development of school programs and the abandonment of job cuts in secondary school at the start of the next school year. “In the event of a major blockage with the ministry on a file, we will not hesitate to activate the direct line that we now have with Jean Castex”, warns Sophie Vénétitay.