How apps and Nutri-Score are changing the way we shop 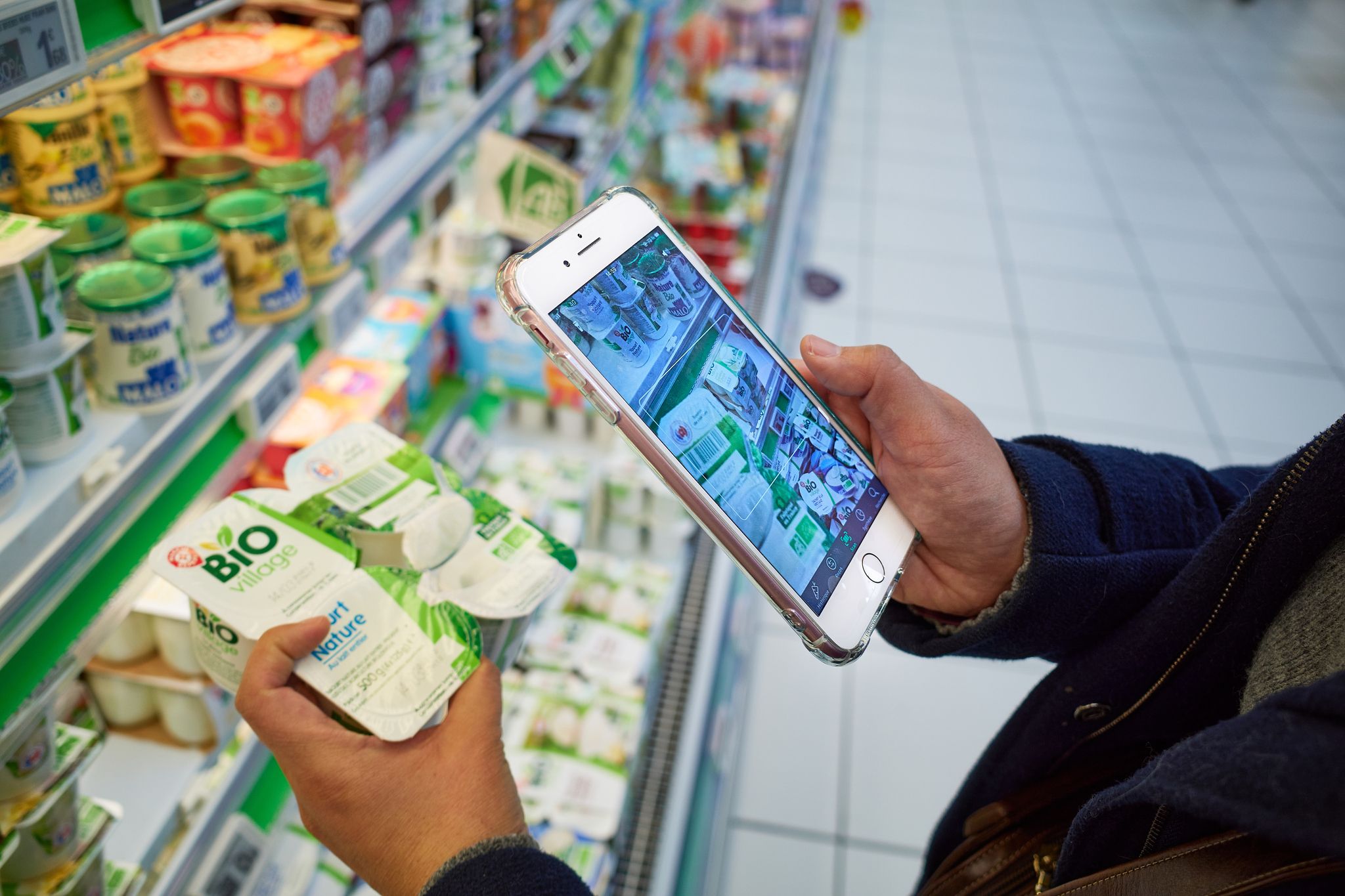 To go shopping for food, some consumers are no longer satisfied with their basket and their wallet. They also take their smartphone loaded with applications for nutritional monitoring of products. Starting with the champion in all categories, Yuka, with her fifteen million users.

“In France, 23% of consumers use this type of application at least once a month”, explains Simon Borel, sociologist and head of the Observatory of the relationship to quality and ethics in food for society. of studies, the ObSoCo. One of these applications, myLabel, has just launched a new feature called “Nutri-Perso”, in collaboration with the National Consumer Institute (INC) and the Research Center for the Study and Observation of of life (Credoc).

Depending on the sex, age and average consumption of the French by type of food, the application indicates, once the product has been scanned, a nutritional score which can be significantly different from the official Nutri-Score, which the French have discovered since 2017, with its classification in 5 letters from A (the best grade) to E, and as many colors.

“The Nutri-Score has been and remains an important advance in informing consumers about the potential influence of food on their health, explains Christophe Hurbin, co-founder of myLabel, which has been in existence for two years. It does, however, need to be supplemented, as its nutritional calculations are based on 100-gram servings. Moreover, the needs are not the same for a young 25-year-old woman or a 55-year-old man. »

Thus, dark chocolate, which can be classified D or E by the Nutri-Score, here obtains a score of 80 out of 100 (100 being the best possible score) for a 40-year-old woman. This is because the French eat portions of 15 grams on average. On the contrary, a soda with C in the Nutri-Score is found to be very poorly classified for 8-year-old children, who drink on average at least twice as much as the quantity analyzed.

This new way of analyzing food can reinforce the grumbling of certain producers or agri-food industrialists towards the Nutri-Score, recommended by the government but whose display is still optional in France. Especially since the latter are under the threat of a proposed European law that would lead to mandatory simplified nutritional labeling. Some experts would then recommend our national Nutri-Score.

“This eventuality has awakened lobbying by the agri-food industry, including certain groups which manufacture fatty or sugary products and which fear this display, indicates Olivier Andrault, specialist in food issues at the consumer association UFC-Que Choisir. Nutritional scores per portion would seem to them much more appreciable, whereas only a calculation per 100 grams makes it possible to really compare the products. »

Similarly, the producers of certain AOP cheeses, such as Roquefort, say they are worried about such a display, believing that manufacturers can transform their recipes while they respect specifications…

If the possibility of a mandatory Nutri-Score worries so much, it is because it has become the main means of information for the French. “We have observed that products which display a D or E score may experience a decrease in their sales, unlike those which display A or B, whose purchases are progressing”, says Pascale Hebel, of Crédoc. An improved Nutri-Score has even become an advertising argument, with manufacturers praising the improvement in their recipes and the passage, for example, from D to C…

“The Nutri-Score is gaining more and more notoriety, it’s obvious, and we see that most brands are getting into it”, observes this manager of a large retailer who sees it above all as a means of comparing similar products. On the other hand, this professional has the impression that the use of applications is a little behind.

“Nearly a quarter of the population use them at least once a month, it is of course very important, analyzes Simon Borel, of ObSoCo. This even rises to 32% among young people and 33% for people with higher incomes or graduates. But I think we’ve reached a plateau, even if nearly half of the French believe they are not sufficiently informed about the quality of food. »

Nutri-Score: 11% of products display an E

93% of French people say they know the Nutri-Score, according to Public Health France. More than one in two French people would have changed at least one buying habit thanks to this rating.

29% of products marketed in supermarkets and supermarkets and specialized distributors obtain an A in the Nutri-Score, according to the latest 2021 report from Oqali (formerly Food Quality Observatory). At the other end of the spectrum, nearly 11% display an E. Considering only processed products, class D is the most represented (25.4%).

702 companies were engaged in the Nutri-Score process last June.

Video. In Popasna, the population is “exhausted from being afraid”