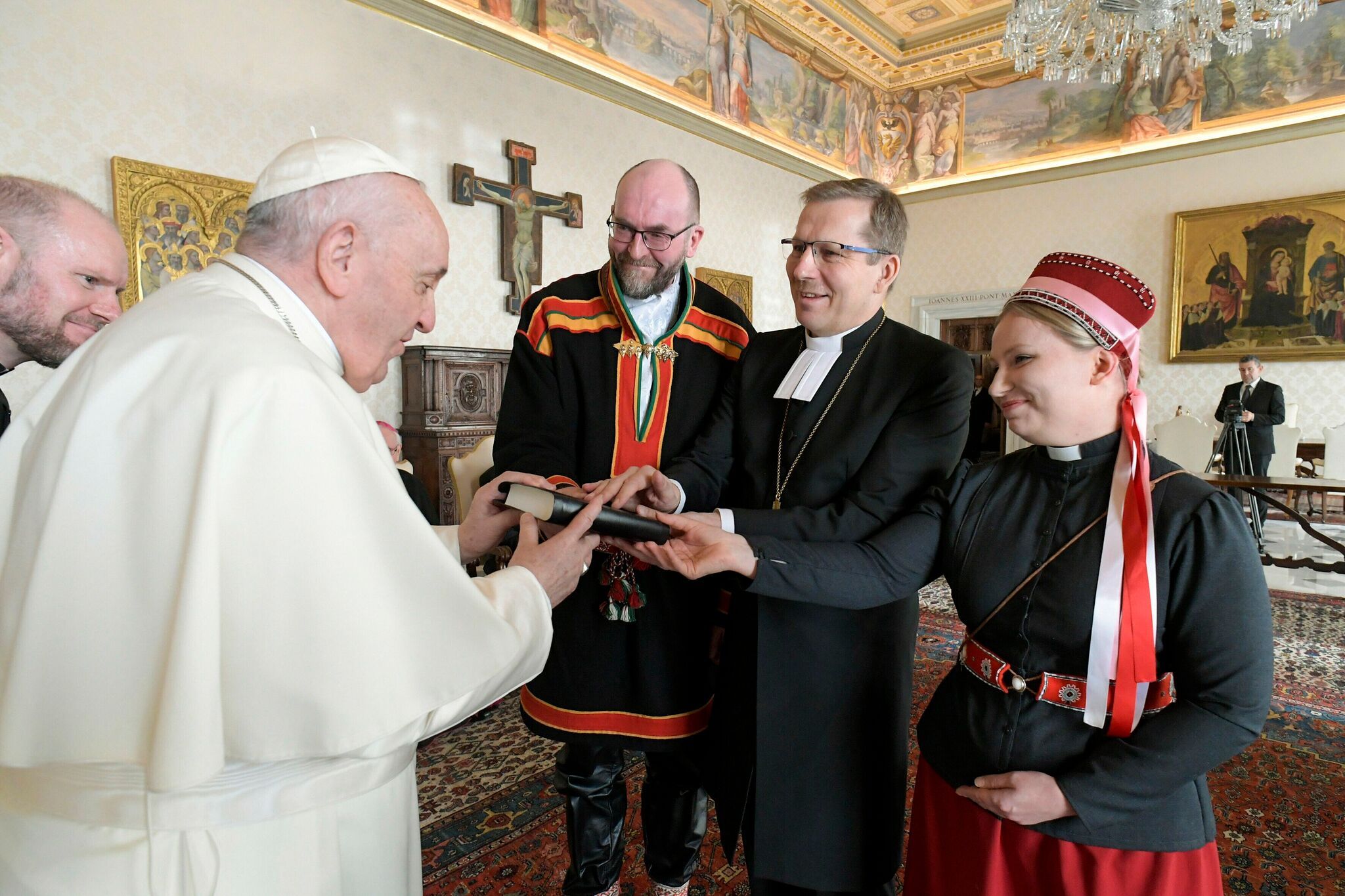 The bishop of the diocese of Oulu in northwestern Finland informed the pope on Monday, January 17, of the forthcoming announcement of an apology from the National Evangelical Lutheran Church to the indigenous Sami people. “We will soon come to that moment when the whole of the Evangelical Lutheran Church in Finland must apologize to the Sami people” for “past misdeeds and structural sins that continue to impact people’s lives” declared Monsignor Jukka Keskitalo, member of the Finnish ecumenical delegation present in the Vatican on the occasion of the week of prayer for Christian unity.

For his part, Pope Francis greeted the representatives of the Sami present in the delegation: “May God accompany you on the path of reconciliation and the healing of memory, and make all Christians free and determined in the sincere search for the truth “.

The only indigenous people in Europe, the nearly one hundred thousand Sami live in the Arctic, in the north of Finland, Norway, Sweden, as well as in the Russian Kola Peninsula. They live from traditional reindeer herding. Since the 11th century, the Sami have been in contact with Christianity. It was not until the end of the 18th century that the Sami people became predominantly Christian.

A people in search of justice

For most of the 20th century, the Sami were considered uncivilized and inferior by Finnish governments. A program of “racial biology” research on this minority continued in the country until the 1970s, while assimilation policies in place until at least the 1960s forced children to attend language schools. Finnish where they were beaten or punished if they spoke their own language.

For many years the Sami have been waiting for an apology from the states in which their territories are located. In Finland, the Church began this process in 2012 when Bishop Samul Salmi of the Diocese of Oulu apologized for the misconduct of his Church towards this people. He then mentioned the role of the institution in racial studies carried out during the 1930s.

In order to repair past mistakes, the Finnish government opened a “truth and reconciliation” commission on October 28, 2021 to investigate what really happened within the state. The goal is to prevent such actions from happening again. According to the official website of the Finnish Prime Minister’s Office, “the aim of the commission’s work is to collect the experiences of the Sami on the actions of the Finnish state and its various authorities”. The information collected will be made public. The commission’s first meeting took place in December in the Arctic town of Inari. The publication of the report is scheduled for 2023.

Inquiry process in Sweden and Norway

The Bishop of Oulu, Jukka Keskitalo, has suggested that the Church of Finland’s apology could be presented once the truth and reconciliation commission has completed its work. “It is not possible – and it is not worth it – to apologize until the painful events have been experienced together honestly and a common understanding has been established about what happened,” he said.

Finland is not the only country where the Sami demand the truth. Norway and Sweden are also affected. In Sweden, two “white papers” were published in 2016 in order to study the complicated relations between the Church and the Sami people, by studying in particular the case of “nomadic schools”. Archbishop Antje Jackelen, Primate of the Lutheran Church of Sweden, already apologized last November for the Church of Sweden’s role in centuries of “serious violations of human dignity” against of the Sami people. She also announced a “reconciliation plan” of 3.9 million euros over 10 years. In Norway, a 12-member “truth and reconciliation” commission was launched in June 2018. In principle, it is due to submit its report this year.