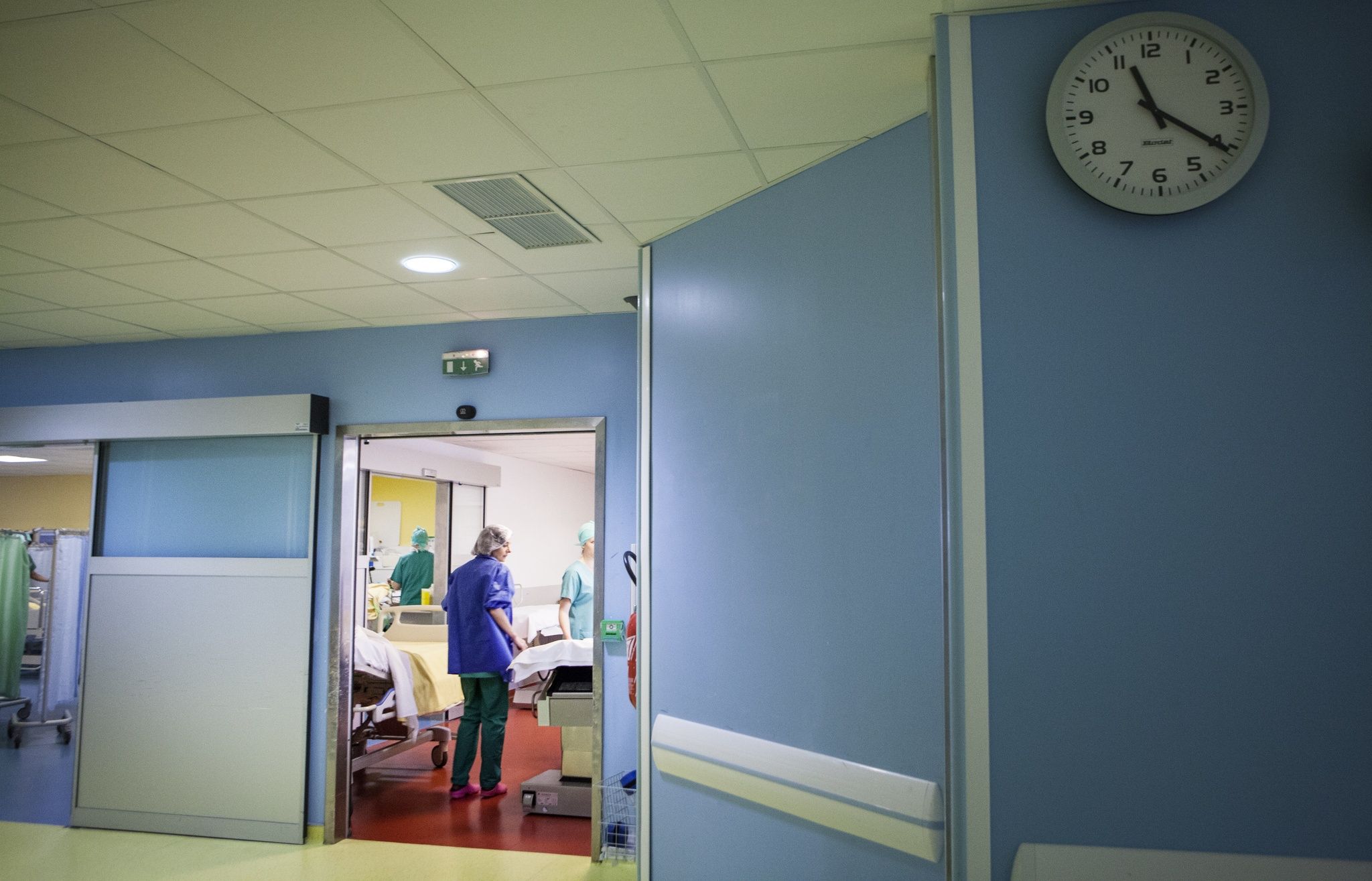 Sylvie was looking forward to January 14. That day, she had to go to the Forez hospital, in Montbrison (Loire), for an intervention. “Not a life-saving intervention,” she clarifies straight away. They had to remove material from my ankle, plates and screws that were implanted in me following a fracture of both malleolus. “At the beginning of January, a nurse from the hospital called her, “very annoyed”. “She told me that my operation was postponed and that for the moment, they could not give me another date”, reports this young retiree.

→ READ. Covid-19: the Omicron wave could begin to decline

Is she hurt? Not really. But eighteen months after her accident, she still does not walk normally and struggles up the stairs. “I had healing problems and the plaque stuck to the tendons. It’s an inconvenience that is starting to be disabling”, confides Sylvie, who says she is taking her pain patiently, “hoping not to have too many consequences…”

Activated at the request of regional health agencies, white plans have returned to many French hospitals and, with them, the postponements of so-called “non-emergency” operations. At the end of December, the rate of deprogramming oscillated between 20 and 30%, according to the Conference of the presidents of the medical commissions of establishment of CHU.

Largely occupied with caring for Covid patients, the staff are no longer numerous enough to carry out all the interventions. Just like places in intensive care, essential after major surgery. “We can only start surgery if there is an available discharge bed”, explains Professor Philippe Clavert, shoulder and elbow surgeon at the University Hospitals of Strasbourg (Bas-Rhin), one of the most hard hit since the start of the epidemic.

On January 7, 160 Covid patients were cared for there, including 48 in intensive care and 75 in a conventional unit, where only 10 and 14 beds remained respectively available. As a result, “the deprogramming reaches a level comparable to that of the first wave”, indicates Philippe Clavert. In charge of coordinating surgical activity and critical care throughout the territory’s hospital group, the doctor chairs a “programming unit” every week with representatives of other specialties with the aim of establishing the schedules for the following week. “We are in constant discussion with the surgeons, the anesthetists, the nurses to ensure that the right patient is programmed at the right time. But sometimes there are dilemmas,” he acknowledges.

In Strasbourg, as elsewhere, priority is given to life-saving operations, in particular for patients suffering from cancer. “We are doing everything to ensure that cancer or transplant surgery is maintained. But we have to adapt day by day,” emphasizes Philippe Clavert. Patients are often notified at the last moment. “At the hospital, the visibility in terms of patient flow does not exceed 48 hours, so there can be deprogramming overnight if other emergencies arise. »

Agnès learned on December 23 that her bladder would not be removed on the 27th as planned. But “it’s the only solution for me to be able to eat normally again”, testifies this former bookseller who has become a trainer. In the meantime, subject to painful gallstones, she must follow a “draconian” diet to avoid “the slightest inflammation”. No fat, no bread, not too much sugar. If his life is not at stake, his serenity suffers. “I’m not stressed by nature, but it’s scary not having access to the care you need,” she admits, a few days before a business trip to Africa. “How am I going to manage my food on site? “, she worries, fearing that this situation will continue for many weeks. At the Orange hospital (Vaucluse), his surgeon, “distraught”, told him to call back in February, but could not promise him anything. “If they told me to wait three months, I would wait. But here is the big question mark. That’s the most embarrassing, ”she says.

“If everyone were vaccinated, we wouldn’t be here”

Uncertainty is also what weighs on the morale of Titouan, waiting for a prostate stent. Having become a quadriplegic at the age of 20 after an accident, this young man from Strasbourg must wear a urinary catheter, implying the regular arrival of nurses at home to replace it. The installation of a urinary prosthesis, in addition to avoiding repeated infections, was also a bit of freedom regained from his handicap. “There was already a six-month delay to get an operation date. And now they say they have no visibility. Basically, I will have to wait for the end of the crisis”, anticipates the young man, who had been preparing “Psychologically” for his intervention for several weeks. But he trusts his doctor. “If he judges that the operation is not urgent, it must be the case. »

Like Sylvie and Agnès, Titouan almost excuses himself for complaining: there is something more serious than him. “Hospitals give preference to cancer patients and that’s normal. One of my friends, suffering from a tumor, died during confinement because she could not be treated. But some days, they resent the unvaccinated who take up some of the hospital beds. “If everyone were vaccinated, we wouldn’t be here,” slips Sylvie. “I’m neither pro nor anti-vaccine, says Titouan. But having spent a year in intensive care after my accident, I do not understand that some people take the risk of finding their way there. »

“For patients, these postponements generate obvious frustration, especially when the operation is postponed two or even three times”, regrets Professor Philippe Clavert, who sees the delays lengthening from wave to wave. “Even during periods of calm, we never returned to 100% of our surgical capacity, in particular due to the lack of personnel”, he points out, pointing to voluntary departures or retirements not replaced.

According to UFC-Que Choisir, which investigated the postponements of operations between March 2020 and March 2021, the delay accumulated by hospitals since the start of the epidemic will be difficult to reduce. “39% of planned operations (during this period) had still not taken place in April 2021, including 27% which had not been rescheduled. “Beyond the discomfort or anxiety that this can generate, 20% of patients questioned by the association believe that this postponement has had the effect of aggravating their health problem.

The increase in hospitalizations turns out to be less significant overall than in previous waves, given the increase in incidence. “This observation is linked to a lesser severity of infection by Omicron, a variant which is largely prevalent in the territory”, recalls Public Health France in its latest epidemiological report.

If they keep rising, contamination is also progressing more slowly. There are now 295,630 daily cases detected on average, compared to 268,185 at the beginning of January. On Monday, there were 102,144 new cases, compared to 278,129 the day before.